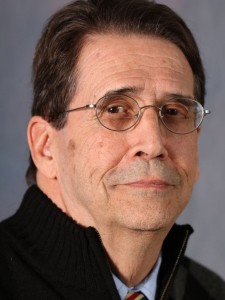 Eighty acres of the Wounded Knee National Historic Landmark, the site where hundreds of Lakota Indians were massacred by U.S. soldiers on Dec. 29, 1890, is being offered up for $3.9 million.

It’s not the first time the land has been put on the market by owner James A. Czywczynski and his family, and the Oglala Sioux Tribe would like to acquire the property and possibly build a museum on the site. But the steep asking price makes the deal a virtual nonstarter for the tribe, one official said.

“Every year or two it comes up,” and the price escalates, said Craig Dillon, a member of the tribal council who serves on its lands and economic development committees.

When he first started on the council, the asking price for the Wounded Knee land was about $1.3 million, Dillon said.

“I believe the tribe would be interested in it if it was fairly priced,” he added. “There is some history there. We’ve discussed it more than once. I will not tell you it is off the table. But $3 million is a lot of money.”

The land offered for sale does not include the Sacred Heart Cemetery and Wounded Knee Memorial, where an estimated 150 of the more than 300 victims of the massacre are buried. Land on South Dakota reservations was given by the federal government to churches for their mission efforts. The cemetery at Wounded Knee falls into this category and exists in a no-man’s land of ownership. The tribe does not hold title to it, and the cemetery is maintained by the Wounded Knee Survivors Association, Dillon said.

But the land Czywczynski wants to sell would include the site of the former Wounded Knee trading post that figured in the 1973 occupation that focused worldwide attention on South Dakota, and it includes the low hills and the wide, shallow draws where the 1890 killings occurred.

The land resonates with Native American, South Dakota and national history because of the significance of both the massacre and the American Indian Movement occupation 83 years later.

The 1890 killings of more than 300 Minneconju and Hunkpapa Lakota who had traveled to the Pine Ridge Reservation in southwestern South Dakota to spend the winter with the Oglalas marked the bloody end of tribal independence and traditional lifestyle.

The occupation, meanwhile, was a major driver in the renewal of tribal sovereignty and the rebirth of interest in traditional tribal culture.

For owner, ‘time for our family to sell’

Czywczynski, who lives in Rapid City, S.D., told the Native Sun News in a copyright story this week that “it is time for our family to sell the land. We would really like to see the land returned to the Lakota people, and that is why I am giving them an opportunity to purchase the land before I open it up to others for sale.”

But Czywczynski also made it known to the Native Sun News that he does have other interested buyers who are non-Native. “I could sell the property to someone from outside the tribe, but I really do not want to do that,” he said.

Dillon, meanwhile, said that in his 15 years on the council, he regularly has seen the Czywczynski family offer to sell the land to the tribe. According to Dillon, the tribe holds the upper hand in negotiations because it owns all the land around the Czywczynski property.

“It’s landlocked by tribal ground. It doesn’t mean anybody can just buy it and move in tomorrow,” Dillon said.

Czywczynski could not be reached for comment by the (Sioux Falls, S.D.) Argus Leader.

The question embedded in the $3.9 million asking price for the Wounded Knee land and the tribe’s reluctance to pay it is this: What is history worth?

Aside from its historical significance, the land is mostly grassland, and that typically sells for far less than $48,750 an acre in Shannon County. That’s how much the tribe would pay per acre if officials agreed to Czywczynski’s price.

Susie Hayes is the Fall River County director of equalization, and her county performs the administrative work for Shannon County.

A ranch consisting of 3,238 acres of grassland and 500 acres of cropland went for $2.8 million. “That seems to be a fairly good sale, within the ballpark,” she said.

For its part, the tribe has set aside $1 million for land buys this year, Dillon said, and it could be persuaded to pay more than the market average to buy the Wounded Knee property.

“I don’t mind paying a little more because of the location,” he said. “I would love for us to get a state-of-the-art museum out there. It could be a real shot in the arm for the tribe and for the Wounded Knee District.”

The massacre was in large measure sparked because government officials feared that the emergence of tribal Ghost Dance ceremonies signaled a coming renewal of war between tribes and the United States. A Ghost Dance shirt from the era has been returned to the tribe, “and we have a lot of other artifacts that could go into a museum,” Dillon said.

Standoff in 1973 was catalyst for change

The 1973 occupation also is worthy of memorializing, said Clyde Bellecourt who, along with Dennis Banks, co-founded the American Indian Movement in 1968. Five years later, when members of the Oglala Sioux Tribe complained to AIM leaders in Minneapolis about a reign of terror at Pine Ridge conducted by the tribal government that was unchecked by federal officials, “we responded to that call. We said we will come out here and see what we can do,” Bellecourt said.

After two days of hearings at Pine Ridge and 1,500 complaints from residents, Bellecourt said, AIM activists formed a caravan and drove about 15 miles to Wounded Knee to seize it. Its trading post and Catholic church were potent symbols of government and societal subjugation of the tribes.

Federal and state law enforcement officials responded by surrounding Wounded Knee, and the 71-day siege that followed brought international attention to the rampant poverty on reservations. It also emboldened tribes to reassert their sovereign status and prompted tribal people to try to reclaim their cultural heritage.

For many, the massacre, the occupation and the national significance of the site are good reasons to safeguard it and to develop it for historical interpretation.

“If the opportunity came to buy it, the tribe would jump on that,” Dillon said of acquiring the Czywczynski property. But because the tribe controls access, it can ensure no unwanted development takes place, and part of the history between tribes such as the Oglalas and the dominant society is enduring the lengthy passage of time until good things are accomplished.

When it comes to adding to its land holdings at Wounded Knee, Dillon said, “we can play the waiting game as long as anybody can.”