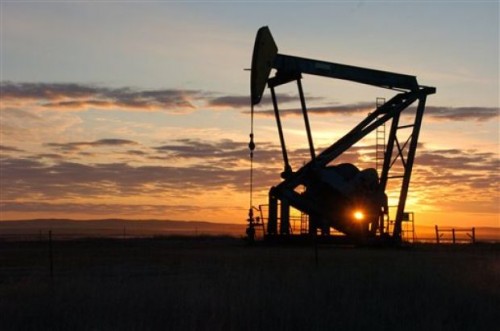 CHICAGO – Six tribal leaders of the South Dakota were on hand at the Clinton Global Initiative to announce with former President Bill Clinton a new power initiative that will harness South Dakota’s greatest natural resource: Wind.

“Having served as Chairman of the US Senate Committee on Indian Affairs, I understand the strong desire of the Indian Tribes to build “Indian owned” wind power projects to create new jobs and affordable power for their Tribes,”

“This project is a unique opportunity for the Sioux Tribes in South Dakota to chart their own destiny. They live on lands that are rich with wind resources and they can use those resources to build a large wind energy project that can both help the Tribes and produce clean, renewable power for our country for decades to come. Together with my colleagues at Arent Fox, I have been honored to work with elected leaders of the Tribes to plan this project and I am especially proud of the recognition given it today by President Clinton and the Clinton Global Initiative.”

The Tribes’ initiative comes at a time when renewable energy investment is increasingly a national priority. Through the project, the Tribes stand to infuse up to $3 billion directly into the South Dakota economy, an amount roughly equal to the impact of the entire manufacturing sector in South Dakota in a given year. The planned project could generate 1-2 gigawatts of power annually. Measured conservatively, that’s more than enough power to electrify the homes in Denver, Colorado for the next 20 years, the typical useful lifespan of the wind turbines.

The majority of the projectâ€™s funding will come through the sale of bonds by a Multi-Tribal Power Authority, which are expected to be made available to investors in about two years, following a critical planning and preparation stage. For this reason, the Tribes have partnered with the crowd funding platform Rally.org to seek funding and raise general awareness for the project. Individuals may visit rally.org/siouxwind to join in and follow developments.

Already several years in the making, the project has received significant pro bono support from Arent Fox, along with Herron Consulting LLC, the Intertribal Council on Utility Policy, the LIATI Group, the Bush Foundation, and the Northwest Area Foundation. Rockefeller Philanthropy Advisors, a nonprofit philanthropic services firm, is providing strategic counsel and incubating the project until the new power authority is created.

“When the idea of the wind project was brought to the Bush Foundation we saw an alignment with our goal to support tribal self determination and native nation building. A multi-tribe authority requires tribes to transition from passive beneficiaries to a position of authority and accountability and to develop the institutions, regulations and polices necessary for success,”

“The Foundation also provided support for the tribes to attend the Clinton Global Initiative event in Chicago. We felt CGI presented a unique and timely opportunity to bring this project to the attention of additional prospective partners. The Foundation supported two summits for the tribal leaders and their partners to develop a collective understanding of the strategies and capabilities needed to develop and sustain a power utility. Financial, legal, and technical experts participated in the summits,”

The Clinton Global Initiative is an annual event that brings together leaders from the business, foundation, and government sectors in an effort to promote economic growth in the United States. 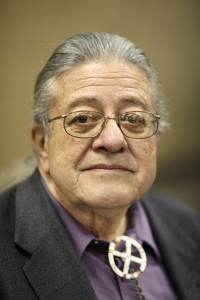 Council representatives from four Sioux tribes met this weekend in Rapid City where they laid the groundwork to work as one nation to address issues important to their communities, Oglala Sioux president Bryan Brewer said Sunday.

The Oglala Sioux Tribe hosted representatives of the Standing Rock Sioux Tribe, the Rosebud Sioux Tribe and the Crow Creek Sioux Tribe at the Holiday Inn in Rapid City for three days of meetings. The tribes have not come together in such a way for over 100 years, according to Brewer.

“This has been something the tribes have talked about for years,” he said. “It has always been a dream of our tribes, but it actually happened now. This is a historic event for us all to pull together again.”

Brewer said close to 60 tribal representatives attended the convention that began Thursday and ended Saturday when they signed a proclamation declaring their intent to work together as the Oceti Sakowin, or the seven council fires of the great Lakota/Dakota/Nakota people.

The conference also produced a set of bylaws, a mission statement and the preliminary planning of commissions to address the most pressing issues for the communities.

“We identified some areas that have the most need, including our land issues, environmental issues like with the oil pipelines, economic, education and child welfare,” Brewer said.

He said the coalition will release position papers soon, and the group hopes that together their actions will have a bigger impact.

“We have been divided for quite a while so we got together to try to be one voice,” Brewer said. “The government has singled us out so we are going to speak to the government with one voice and we think that may help our tribes. Individually we are not very strong, but together we are hoping to be a pretty strong organization.”

There are 22 Sioux tribes eligible to join the organization, according to Brewer.

The next meeting will be hosted by the Rosebud Sioux Tribe and is scheduled for April 4-6.