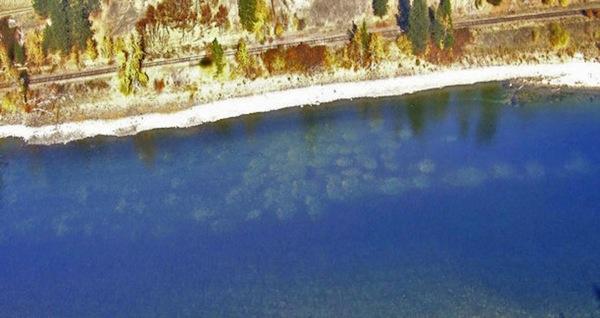 Fall Chinook salmon not only returned in droves to spawn in the Snake River Basin, but also created a record number of redds, or nests, that bodes well for the future.

Now, Northwest tribes are again jubilant at yet another “return of the king,” as Chinook are known. The Snake River return records are being attributed to the success of an innovative hatchery program that intermingles hatchery fish with wild. It was a controversial notion when it was first implemented, but subsequent studies have indicated that the interbreeding does not harm either population.

“The Nez Perce Tribe’s Snake River recovery program has resulted in fall chinook returns that the region can truly celebrate,” said CRITFC Chairman and Nez Perce Tribe Executive Committee member Joel Moffett in the statement. “Despite returning to a river noted for hot temperatures and poor passage conditions, these resilient fish were able to spawn in numbers not witnessed in many, many years.”

Every year the Nez Perce Tribe releases 450,000 yearling fall chinook and 2.8 million sub-yearling fall Chinook, the CRITFC said. In all, the broader program releases five million juvenile fish back into the Snake and Clearwater river systems. Since 1990, when the adult fall Chinook return numbered just 78 in the Snake River, the number has increased to 2013’s 21,000 wild adults, the commission said. More information on the ins and outs, as well as the history, of the Nez Perce restoration project is at Snake River Fall Chinook.

RELATED: Fisheries Are the Lifeblood of the Nez Perce Economy

“Abundance is a key to success in the Columbia Basin. The Nez Perce Tribe has shown the Columbia Basin that we can rebuild salmon runs with the assistance of hatcheries,” said CRITFC Executive Director Paul Lumley in the statement. “We are anticipating a lot of fall chinook returning to the Columbia River this year. For anyone wondering why, the answer lies with tribal programs like the Nez Perce Tribe’s Snake River Fall Chinook Program. It is as simple as putting fish back in the rivers and protecting the watersheds where fish live.”

Moffett noted that the record numbers are just the beginning and do not guarantee future success without continued effort.

“This year’s run gives us hope for the future, but we still have a long way to go,” Moffett said. “We must continue to do everything we can to ensure the fish runs continue on this path toward a healthy, self-sustaining population capable of supporting well-managed tribal and non-tribal fisheries. Doing so will ensure the success of this run is repeated in years to come.” 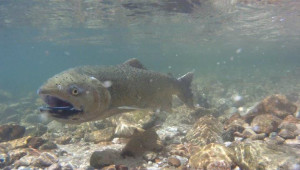