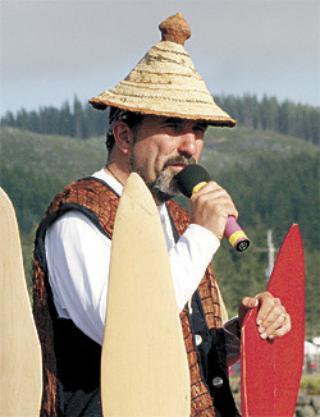 The announcement was made Wednesday by the White House Office of the Press Secretary. Forsman said the appointment will not affect his service as Suquamish chairman; the advisory council meets quarterly. It is not a paid position.

The Advisory Council on Historic Preservation (www.achp.gov) is an independent federal agency that promotes “the preservation, enhancement, and productive use of our nation’s historic resources,” and advises the President and Congress on national historic preservation policy.

According to the agency’s website, “The goal of the National Historic Preservation Act, which established the ACHP in 1966, is to have federal agencies act as responsible stewards of our nation’s resources when their actions affect historic properties. The ACHP is the only entity with the legal responsibility to encourage federal agencies to factor historic preservation into federal project requirements.

“… the ACHP serves as the primary federal policy advisor to the President and Congress; recommends administrative and legislative improvements for protecting our nation’s heritage; advocates full consideration of historic values in federal decisionmaking; and reviews federal programs and policies to promote effectiveness, coordination, and consistency with national preservation policies.”

In a statement released by his press secretary, Obama said of Forsman and Margaret W. Burcham, who he intends to appoint to the Mississippi River Commission: “I am confident that these outstanding individuals will greatly serve the American people in their new roles and I look forward to working with them in the months and years to come.”

Forsman has been chairman of the Suquamish Tribe since 2005. He earned a  bachelor of arts in anthropology from the University of Washington and a master of arts in historic preservation from Goucher College.

Forsman was director of the Suquamish Museum from 1984 to 1990, and has served on the museum Board of Directors since 2010. He was a research archaeologist for Larson Anthropological/Archaeological Services in Seattle from 1992 to 2003.

Forsman said, “I want to build on the advisory council’s efforts to recognize and protect those cultural resources that are important to Tribes —  the cultural landscape and sacred places that have been neglected — and provide Tribes more resources to protect those places to the best of our ability.”