As the houses and debris were slowly cleared away, tribal members began returning to Mission Beach, one of few open, accessible beaches on the Tulalip reservation. Although the homes are gone, the bulkheads remain, leaving room for an exciting opportunity: A tribal park.

Grassy areas, handicap accessibility from the road to the beach, interpretive signs that play Lushootseed place names at the touch of a button and, of course, nice restrooms. These are just some of the ideas tossed around at the public meeting that Housing staff hosted to gather input from tribal members about what they’d like to see in a ‘Mission Beach Park.’

The meeting was a brainstorming session with no limits, and while a water slide (that twirls and loops and then dips underground before shooting you into the water) might not make it into the final plan, many of the ideas will

“This is a great opportunity for tribal members,” said Public Works Executive Director Gus Taylor. “There are so many tribal members who go down there right now.”

Mission Beach’s accessibility has also sparked the creation of a Parks Committee.

“The Parks Committee formed last month,” explained Patti Gobin who works on Special projects for Tulalip. She pointed out that the return of Mission Beach to tribal members is only the latest and most visible reason that parks planning is needed.

“In the past we never called them parks, they’ve just been gathering areas,” she said. “We’re growing so fast and we’re starting to have more open spaces for our people to gather and enjoy. We need some criteria for those areas to make sure they stay clean, safe and sustainable for our people. We’re going to create a parks ordinance that will set those criteria with sensitivity to our culture and traditional ways. In hundreds of years we, the tribe, will still be here. We want to make sure our open space and parks will be here for generations to come.”

The Parks Committee is still in its infancy. Right  now it is composed of staff from the different tribal departments (Natural Resources, Community Development, Public Works, Administrative Services and Cultural Resources) that are currently managing the common spaces on the reservation.

Unfortunately, the Parks Committee isn’t just an optimistic endeavor to construct parks, it’s also a reaction to some of the negative activities that are taking place in the tribe’s recreational areas. Since the Mission Beach home removal, several people have reported groups of both tribal and non-tribal members under the influence and verbally abusive on the beach, graffiti has sprung up along the old bulkheads and some of the bulkhead has been burned away.

“We need to be proactive in monitoring and providing maintenance for these areas,” said Patti. Ultimately that means a Parks Department. “That will require budget to pay for staff, and we’ll have to decide, what will be the criteria for those jobs? Will it include park rangers?

“This isn’t just for Mission Beach,” Patti went on. “We have gathering areas at Totem Beach, Hermosa, Spee-Bi-Dah, Tulare, and off reservation too, at Lopez Island, Baby Island, and Hat Island. Those are just the areas I can think of off the top of my head. Eventually a parks department would also be responsible for the connectivity and maintenance of walking trails throughout the reservation.”

Patti and her team are hoping to have a first draft of the Parks Ordinance submitted for Board of Directors Review by January 2014, but, she said, Mission Beach won’t wait that long.

Because Mission Beach is designated as lease property, it currently falls under the authority of the Tulalip Housing Department, although once a parks department is created and staffed, Mission Beach will revert to parks. Housing is currently requesting input from tribal members about what they’d like to see in the future.

“Right now we’re unsure when the next meeting will be,” said Anita Taylor of Housing. “We’re presenting the ideas from our first meeting to the board, then we’ll have another community meeting, hopefully in July.”

In the meantime, a sign outlining general park rules will be going up at the parking lot and on the beach, and tribal staff will continue to maintain garbage cans with the expectation that if you pack it in, you pack it out. For other concerns or to submit your input to the park plan, contact Housing staff.

The following images from Brian Way of WHPacific, illustrate some of the proposals for Mission Beach. These include pathways, viewpoints, restrooms, fire pits and a rinse station.

Path by the beach 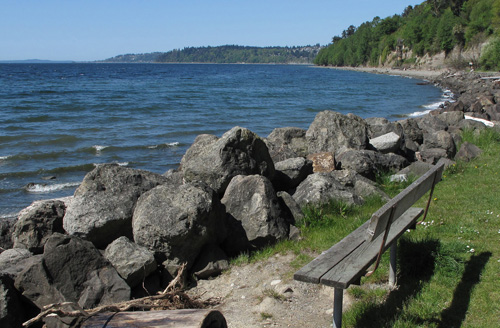 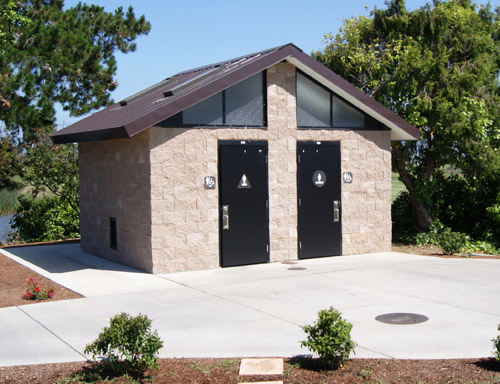 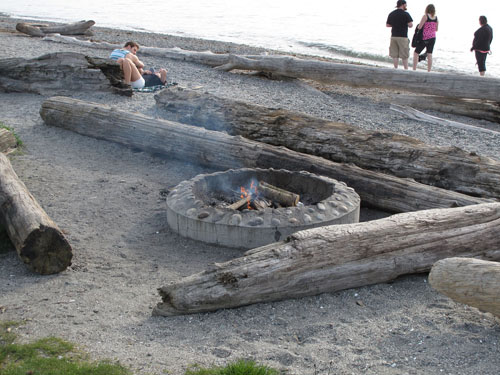 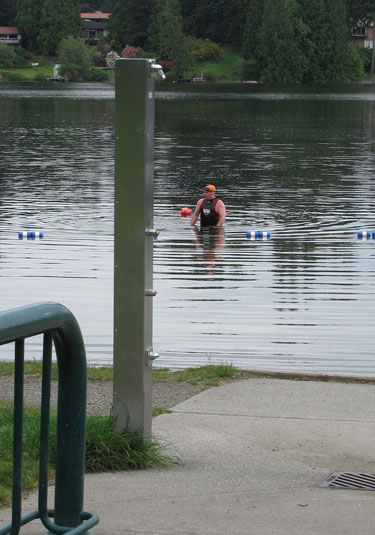