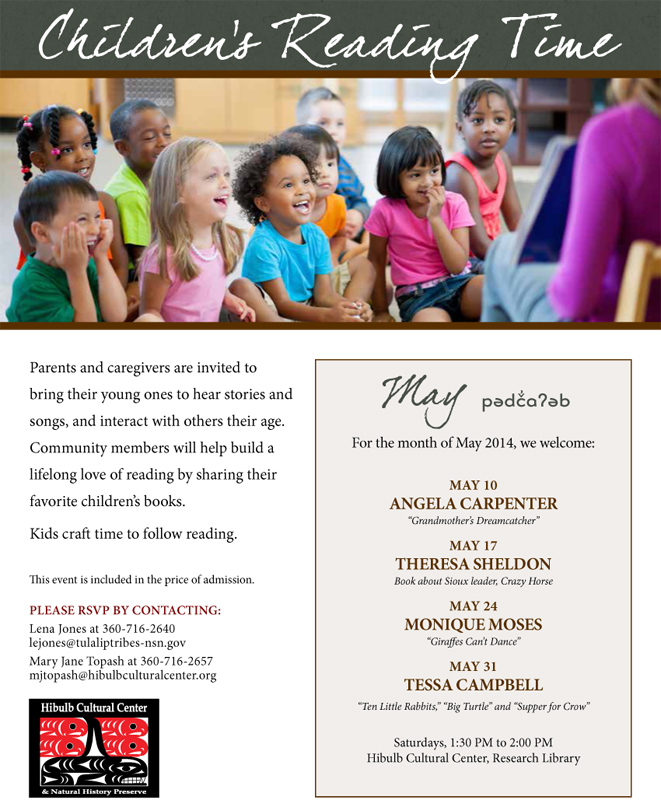 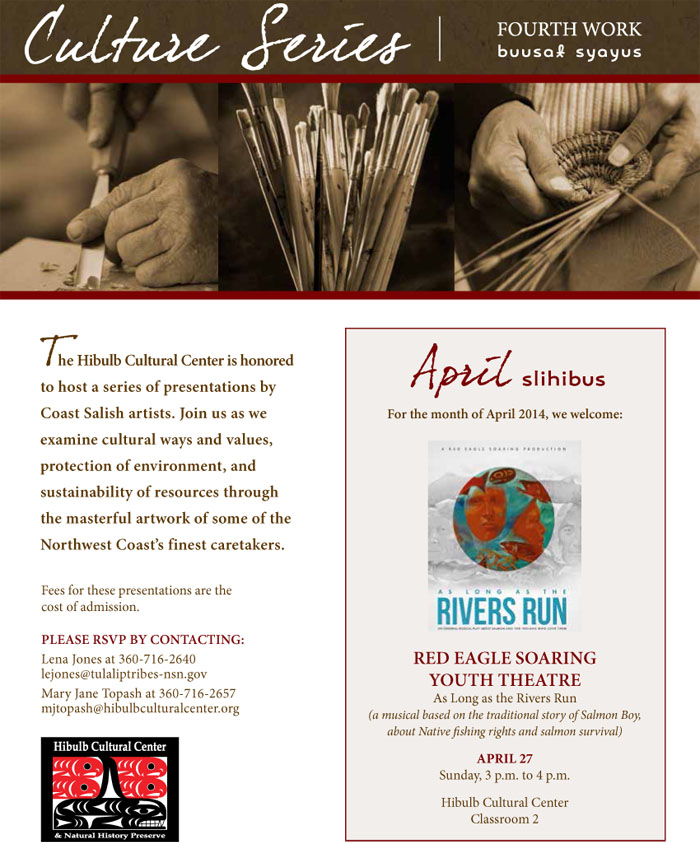 Join us this evening at 6 p.m. at the Tulalip Hibulb Cultural Center, where Language teachers Michelle Myles and Natosha Gobin will share a presentation about Lizzie Krise, who was the first Tulalip elder to work with Linguist Tom Hess in the sixties to record the Lushootseed language. She told some short stories that many of our students and former students are familiar with, and there are some great stories that have come to us about things she did to help childen, both her own grandchildren and children, from the tribe. 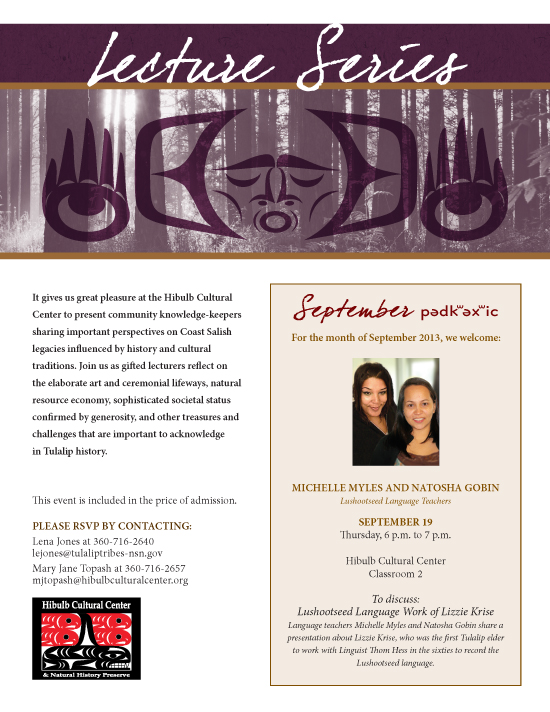 By Ojibwa for Native American Netroots

As with other American Indian nations, people from the Tulalip tribes in western Washington–Snohomish, Snoqualmie, Skykomish, and others—have served in the American military during the twentieth and twenty-first centuries. One room in the Hibulb Cultural Center and Natural History Preserve honors the Tulalip veterans and tells many of their stories.

While in the past, Indian veterans were denied the use of their traditional religions in dealing with post traumatic stress disorder, today this is not the case.

An ongoing series sponsored by the Native American Netroots team focusing on the current issues faced by American Indian Tribes and current solutions to those issues. 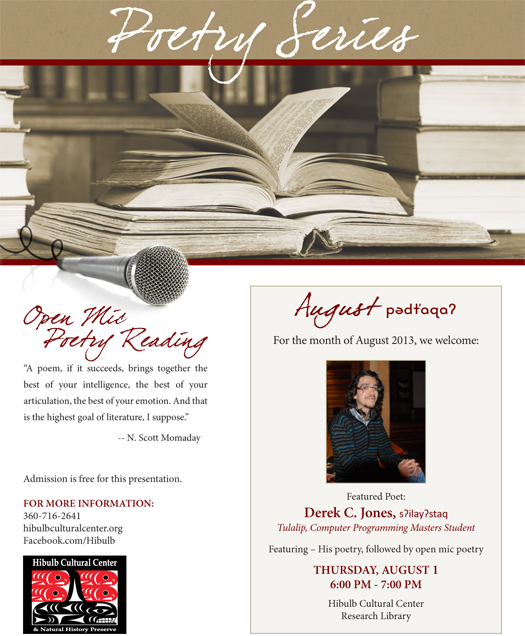 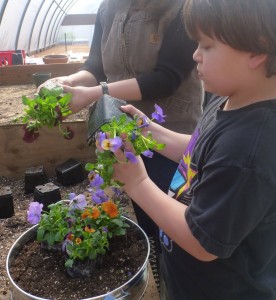 TULALIP, Wash. Attendees at the Tulalip Hibulb garden work party gathered together on Friday, March 22 to do some needed garden preparations. Gardeners and gardening volunteers worked together to prepare the garden for the growing season.

Pruning encourages fruit production, so Master Gardeners Frank Sargent and Rob and Richelle Taylor pruned fruit trees located in the orchard on the north side of the Hibulb Museum. 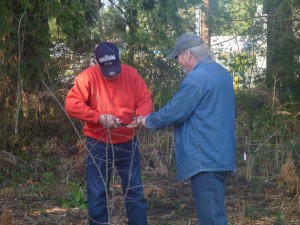 Community gardeners worked in the greenhouse, transplanting over 100 seedlings of cabbage and sowing new seeds. Seedlings are being started and kept warm in the heated greenhouse and soon the plant beds around the museum will be made ready for transplanting.

The community is invited to attend the garden work parties and the Gardening Together as Families events. Gardeners will help tend the beds throughout the season and enjoy the rewards at the end of season harvest. Gardeners will learn about the many aspects of gardening through hands-on experience, working side-by-side with master gardeners.

To learn more about the Hibulb Gardening events please contact Veronica Leahy at 360-716-5642 or vleahy@tulaliptribes-nsn.gov 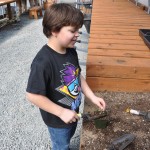 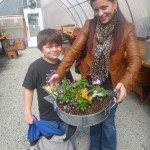 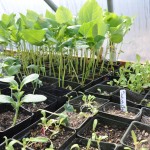 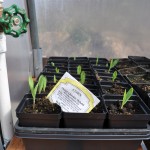 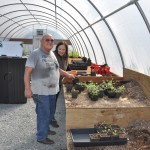 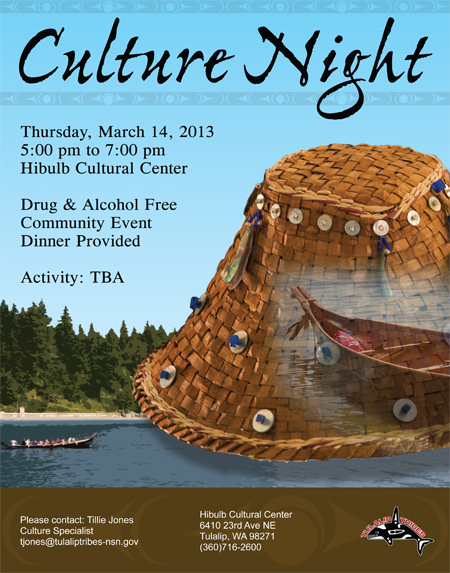 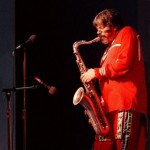 Jim Pepper was a leader in both the world music and jazz-rock fusion movement. Photo courtesy Sandy Osawa.

Jim Pepper was known for pioneering the fusion jazz movement as well as being the kind of musical innovator who blended jazz with American Indian music.Jazz aficionados are well aware of Pepper’s composition “Witchi Tai To,” today a jazz classic that was a crossover hit between jazz and the top 40 popular song list when it was first produced in the mid-’60s.

Admission for adults is $10. For more information call Hibulb at 360-716-2600 or online atwww.hibulbculturalcenter.org/.

Sandy Osawa will present the one-hour film. Osawa, a Makah, is the first American Indian filmmaker to produce on a national broadcast scale and has made 16 broadcast films.

She and her husband, cameraman and editor Yasu Osawa, will answer questions following the film.

Pepper’s heritage is Creek and Kaw and the film shows a rare, personal glimpse into the life of this jazz innovator, who made his name on the European stage rather than back home in America.

The film pays tribute to Pepper’s life along with sharing his music, including a recording of his grandfather, Ralph Pepper, singing the original chant that became the basis for “Witchi Tai To.”

Pepper played the tenor saxophone and the film opens with him performing the song “Caddo Revival” during the Kaw Pow Wow in Oklahoma, where Pepper grew up.

In the film, Pepper is recorded as saying music created by American Indians “comes directly from the ground, from the earth, from the four directions and the music is a healing force.”

Along with documenting Pepper’s life, the film delves into the birth of the jazz-rock fusion movement of the mid-1960s. The film includes footage of Pepper’s band, the first jazz-rock fusion band called The Free Spirits.

Filmmaker Osawa hopes that Pepper’s life “can be a metaphor for many indigenous people who are struggling to walk in two worlds with one spirit,” she said in a statement.

“Pepper’s Pow Wow” has been shown on the Public Broadcasting Station with funding by the Independent Television Service. Osawa’s films are available at www.upstreamvideos.com. 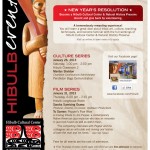