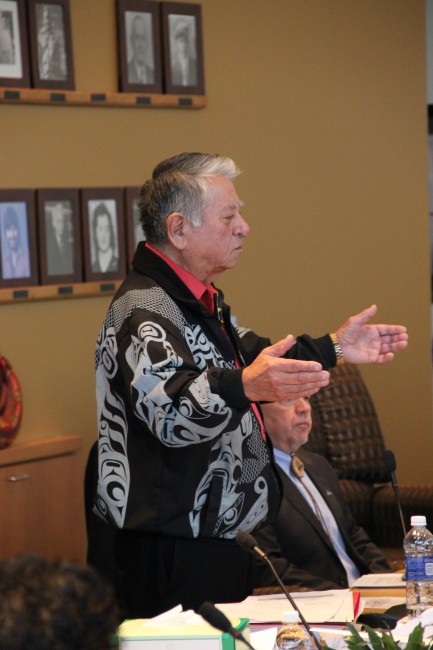 The Tulalip Tribal Council swore in three members on Saturday, April 5 at the Tulalip Administration board room, welcoming newly elected Les Parks and Herman Williams Sr., and returning Councilman Glen Gobin. Parks and Williams have both served on the council in prior years, which may have contributed to their winning of two seats, and the appointment of Williams as Chair and the election of Parks as Vice Chair. Glen Gobin was elected as Treasurer.

Chairman Williams spoke directly, so not to waste time, mapping out his plans for changing the direction of the Tulalip Tribes, urging for tradition and culture to be the foundation of our community, once more. 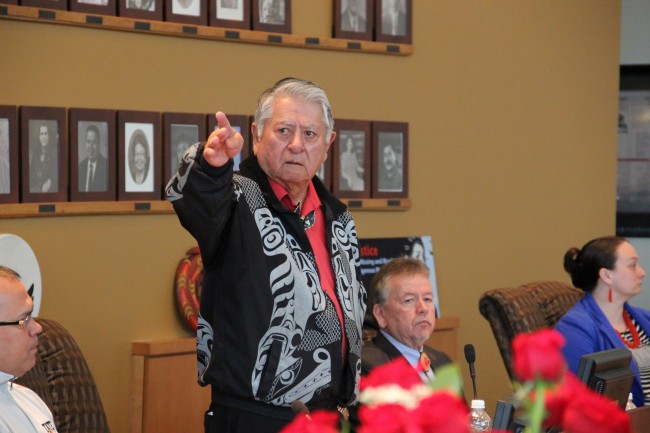 He said, “If we continue as we are, neglecting our culture and traditional ways, the man from Washington D.C. will come here and there will be no Tulalips. Without culture, Tulalip is gone.”

Williams spoke briefly about returning to the old ways of leadership, mentioning the influence of past leaders over his life and leadership.

“All these ones here behind me,” he said, motioning to the photos of all the past councilmembers, “I walked with them all in my lifetime. I may be the only one [on the council] who has had that privilege.”

“We have our people, and we have our strength. But we have to walk together, once more. We have a lot of children born into this life of ours that have been caught in this web of drugs and alcohol. I’m gonna get this community together to take care of that. You women, you are the givers of life. But I understand that some of you are bringing children into this world that are going to have a tough time. I can’t allow that any longer. We will have to march down that road together if we want to heal,” he said. 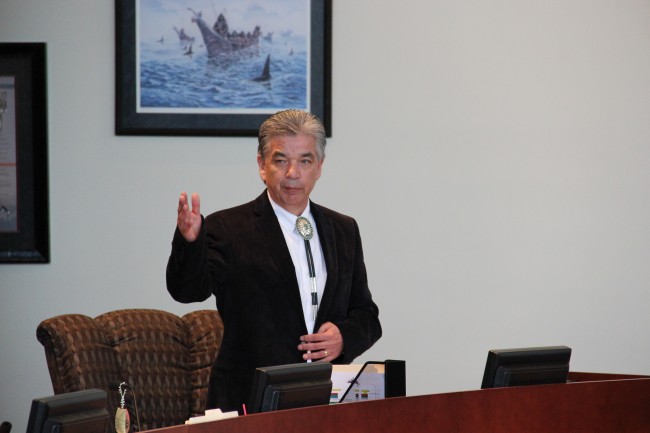 Les Parks, elected Vice Chair for the Tulalip Tribal Council, spoke, thanking the people for their support. He praised Chairman Williams for his leadership and experience, stating how honored he was to serve with him, and the rest of the council.

Glen Gobin, elected Treasurer, echoed Parks’ sentiments, honoring Williams for his past leadership and his status as the elder councilman. Gobin, who was re-elected for a fourth consecutive term, welcomed Williams and Parks back to the council after years of absence. 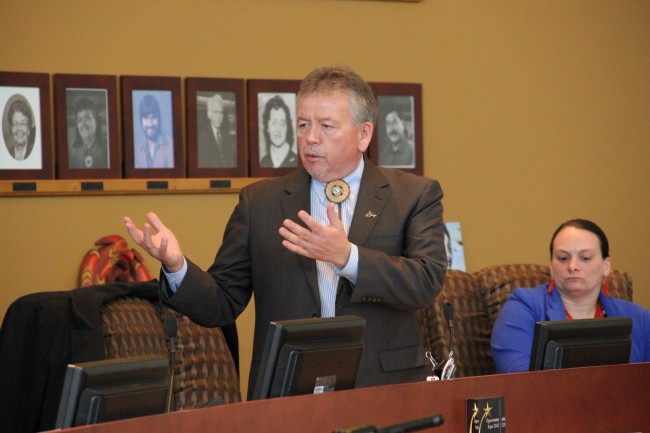 Gobin accepts re-election and welcomes Williams and Parks to the Tulalip Tribal Council, acknowledging Williams as the Elder on the council. Upon the announcement of the election results, Gobin nominated Williams for the Chairman,who took the position unchallenged. Andrew Gobin/Tulalip News 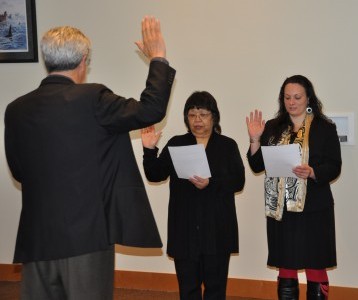 Chairman Mel Sheldon swears in Marie Zackuse and Theresa Sheldon to the Tulalip Tribes Board of Directors
Photo: Monica Brown

TULALIP, Wash.- Family and friends arrived early Saturday morning, April 6th, at the Tulalip Administration building to witness the swearing in of Marie M. Zackuse and Theresa Sheldon to the Tulalip Tribes Board of Directors. 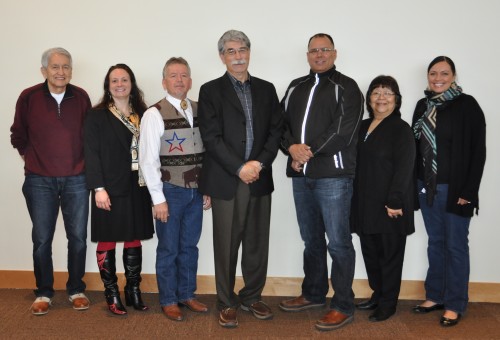 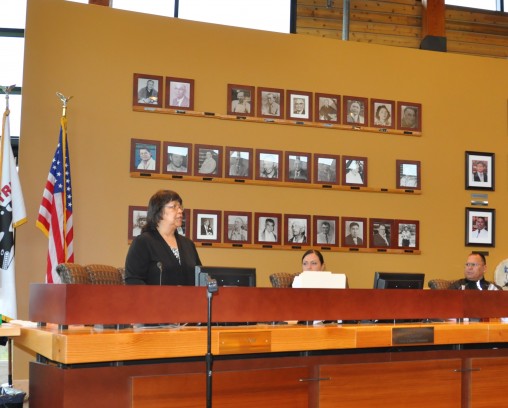 Marie M. Zackuse thanks the board for welcoming her back as she takes her seat on the Services Committee of the Board
Photo: Monica Brown

As Zackuse was welcomed to take her seat on the Services Committee along side Deborah Parker and Marlin Fryberg Jr, she responded,  “I want to thank each and everyone that came today, my family and my elders.”

“I’m very grateful today that the Creator provided this opportunity once again for me and I will do the best that I can with what I know and what I have. I want to thank everybody who helped me” 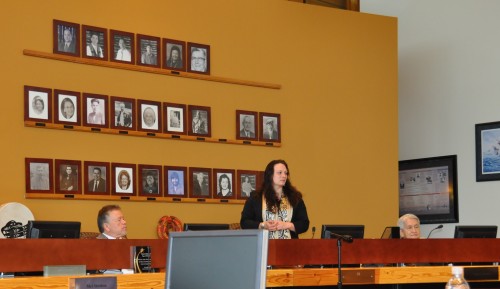 New board member Theresa Sheldon thanks the board as they welcome her on the Business Committee of the board
Photo: Monica Brown

“There are just so many inspirational elders and people in our community who helped encourage me to get to this point where I am today” said Sheldon as she took her seat along side Glen Gobin and Chuck James on the Business Committee.”It ‘s the beginning of a new journey and I am truly honored to be here and assist with this board of directors.”

Zackuse and Sheldon were elected March 16th 2013, at the Annual General Council meeting, they will both serve three year terms.