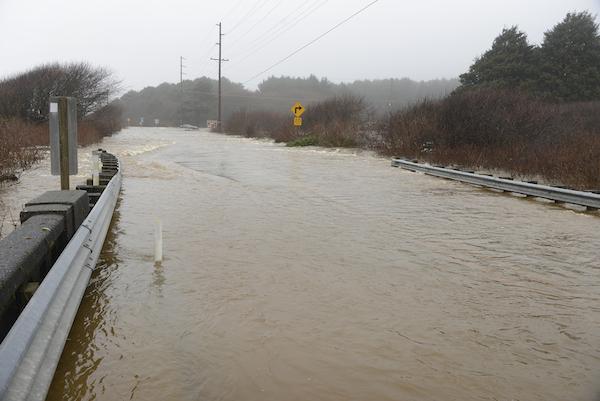 In its natural state, before the logging and development and riprap, the Quinault River watershed worked like a finely tuned machine.

The north and east forks of the Quinault River flow from headwaters in the Olympic Mountains, meander through temperate rain forest and the Valley of a Thousand Waterfalls to Lake Quinault—where returning blueback salmon mature before they head upstream to spawn—and, finally, to the Pacific Ocean. The Quinault River and its tributaries nourish and drain a 188-square-mile watershed.

“Areas that were clear-cut changed river processes to a greater degree than did areas where only the largest trees were selectively cut,” the U.S. Bureau of Reclamation reported in a 2002 study. “After vegetation was removed … the river was free to migrate across the floodplain at a faster rate.”

The more rapidly migrating river “liberated large amounts of sediment that had been stored in bars, vegetated islands, and the floodplain,” the Bureau of Reclamation added.

To protect their homes and property from the force of the rapidly migrating river, riverfront landowners responded “by re-arranging or removing large woody debris and log jams in the river and placing cabled logs and rock riprap along the river bank to prevent erosion,” the Bureau of Reclamation reported. While this worked in some places, it had unanticipated effects downstream.

“In some cases, this has limited [salmon] habitat availability because entrances to side channels become blocked with fill or levees,” the Bureau reported.

Quinault Nation President Fawn Sharp, who lives at Lake Quinault, said a century of manmade changes on the Quinault River have altered natural river dynamics and ecological processes, diminishing “the popular desire for watersheds to flood within their natural floodplains, and many of the fixes and proposed fixes only make matters worse.”

Sharp believes those modifications are partly responsible for flooding, road washouts and culvert failures that occurred during a storm on January 4–5. Several residents were evacuated, one elder was rescued from a car that stalled on a flooded road, and a school in Taholah was temporarily closed because of flooding. The Quinault Nation issued a disaster-area declaration, spurring the involvement of the Federal Emergency Management Agency (FEMA).

“FEMA quickly responded and are working with staff to assess damage,” Sharp reported on January 7. “We sustained damage to a number of interior bridges and logging roads. Our offices and schools reopened today.”

The Quinault will work with FEMA over the next 30 days “to assess damages and financial impacts,” Sharp said, adding that a meeting had been scheduled for January 14. “Our scientists and natural resource staff will be briefing us on environmental impacts. [We] will know more then.”

One thing Sharp knew as she issued the emergency declaration: Any response must address modifications that have made the river more hazardous during storms.

A July 2011 environmental impact assessment, by the Quinault Nation and BIA, of Quinault’s restoration plans for the Upper Quinault River “preferred [the] alternative of installing engineered logjams and restorative planting of conifer and hardwood trees to meet the goals of improving river processes and salmon habitat.”

The Quinault Nation is installing engineered logjams, removing invasive species, and replanting native trees to aid forest regeneration. And between 2000 and 2013, the Quinault Nation spent more than $5 million on river and salmon habitat restoration.

As far as salmon habitat restoration goes, “We have had small local effects, particularly in those areas where we’ve put in structures, such as log jams,” Quinault Nation fisheries senior scientist Larry Gilbertson told Indian Country Today Media Network in 2013. “But in the overall watershed, we’ve only just begun.”

And now, the impacts to people and property of those earlier modifications that altered natural river dynamics are being felt.

‘The worst I’ve seen it’

Sharp is accustomed to storms. And she has studied photographs of floods that occurred in Quinault territory 100 years ago. But she had never seen anything like this.

There were reports of landslides and flooding in Quinault territory and in neighboring communities during the January 4–5 storm. Portions of two state routes and U.S. Highway 101 were closed, made treacherous by flooding, debris or washouts.

The Quinault Nation’s administrative offices and a school in Taholah were temporarily closed because of flooding. Quinault’s Property Management Division ordered an emergency inspection of all the Nation’s buildings and infrastructure. Major access roads into Quinault were closed or deemed extremely hazardous.

A portion of road reportedly washed out on the Upper Quinault River, sending debris into salmon spawning habitat. Two nearby rivers, the Moclips and the Queets, also overflowed.

“The Moclips River flooding is the worst I’ve seen it,” Sharp said on January 5. “The Moclips Highway 109 Bridge near Quinault Village, a main access road to and from the Nation, has been washed out and is closed. That is a major problem for [Quinault]. SR 109 could take days to repair. And if our own Moclips Highway needs major repairs, we will have significant commuter problems.”

Various Quinault agencies worked to clear storm drains, evaluate damage, and monitor the wastewater treatment plant in Queets, which was compromised by the overflowing Queets River.

Amid the rain and flooding and landslide and debris, Sharp found reason to be grateful. “We are very happy and relieved to report that, to our knowledge, there has been no loss of life or injury caused by this heavy rain and flooding,” she said at the time.

However, as rain was expected to return during the weekend, Sharp warned, “It is important for people to remain alert for potential slides, lingering flood dangers and infrastructure damage.”