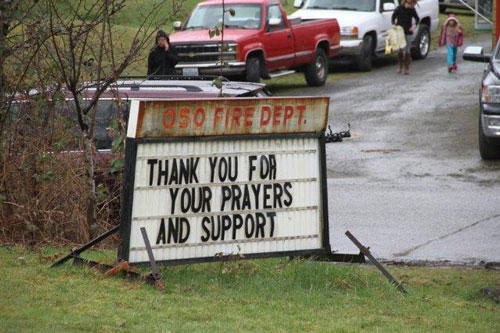 TULALIP – On the heels of a large donation made by the Tulalip Tribes to aid victims of the Oso, Washington mudslide, the Tulalip community is organizing additional aid in the form of an Inter-tribal Jam session to raise money for Oso families as they recover from their losses.

Tulalip Tribal member Natosha Gobin, the event’s organizer, explained the proximity of the Oso community to Tulalip created a desire in community members to want to help.

“I had an idea that we could do an inter-tribal jam session where we invite other tribes to our reservation to share songs and prayers while raising money for donations. People have done these in the past, and it has been a positive gathering that uplifts people in a time of heartache. All it took was posting on Facebook to see who would be interested in volunteering for the event, and right away there was enough interest to make it happen.”

The jam session is scheduled for April 4 at 6:00 p.m. at 6700 Totem Beach Road on the Tulalip Reservation. A $5 donation will be accepted at the door and the event will feature a concession stand serving beverages, frybread, spaghetti and hamburger soup as well as baked goods. A raffle with items donated by local tribal artists will also be held during the event.

Proceeds from the event will be given to the victims of the mudslide with portions donated to a variety of local relief groups assisting with the mudslide such as search and rescue crews, fire stations, and animal shelters.

“This is all happening from the community uniting to make it a success. There are volunteers in planning, cooking and baking, as well as manning stations at the event, said Gobin. “This is not just for Tulalip tribal members, this is a community gathering to share in songs and prayers.”

The session will begin with a prayer and Amazing Grace sung by Tulalip artist Cerissa Gobin followed by traditional request for guests who traveled the farthest to sing first.

The donations and support from tribes has been incredible.  Many tribes citing personal experience with the tragedy of natural disasters.

“Our prayers and thoughts are with all the families that have been affected by this. One of those that was lost in the landslide was a close friend of mine. This affects everybody, no matter where you are or who you are, as tragedy strikes, we all share together,” said Tulalip Tribes Chairman Mel Sheldon, about the Tulalip Tribes donation.

To date Tulalip donated $100,000 to the Snohomish County Red Cross and $50,000 to the Cascade Valley Hospital Foundation. The Colville Tribe dispatched teams of search and rescue volunteers. Just today, Snoqualmie announced a $275,000 donation to assist.

For more information, or to volunteer at the event, please contact Natosha Gobin at 425-319-4416 or at tagobin@yahoo.com.