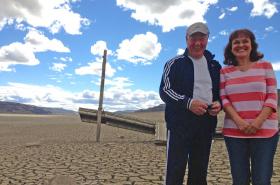 Dramatically lowered water behind the damaged Wanapum Dam in eastern Washington means boaters are out of luck this Memorial Day on that stretch of the Columbia River.

But people who own vacation homes upstream from Wanapum, at Sunland Estates, say they are getting creative for the long weekend.

The drop in the Columbia River has produced a moonscape of vast sandy islands and miles of mudflats.

It’s all clearly visible from Eugene and Karen Penix’s second-story deck — and all that sand has been blowing into their yard. Penix said he and his neighbors have been fighting back that silt with troops of leaf blowers.

For the long weekend the Penix family has stocked up on a lot of chips, burgers and hot dogs.

They have also stocked up on patience. “You know Americans, they just won’t give up. People are buying these kind of almost portable swimming pools made of vinyl,” Penix said with a laugh. “And that’s kind of a new thing.”

Plus, Penix said wineries, the Gorge concerts and the eastern Washington sun are all good distractions. 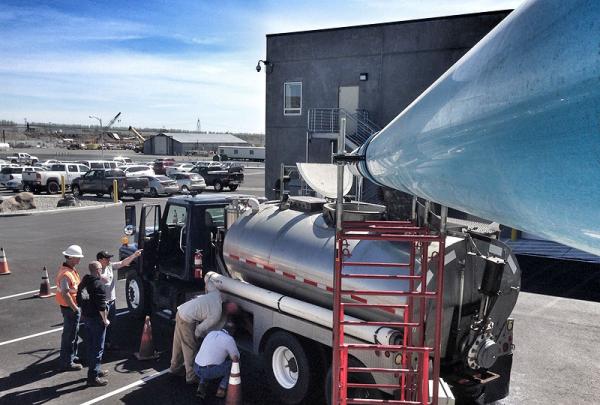 At Priest Rapids Dam workers practice transporting salmon in trucks. They’ll have to transport hundreds of fish a day so the salmon can get past the lowered water and several dams.
Anna King Northwest News Network

The Columbia River will remain drawn down at least until June because of the cracked Wanapum Dam in southeast Washington.

That means fish can’t reach their traditional ladders, so now hundreds of Chinook salmon are being rounded up and loaded into tanker trucks to hitch a ride around the problem.

Engineers are working on extensions and “water slides” to get fish ladders at the dam working again. But work to install this new equipment has been difficult with cranes, man baskets and the whipping Columbia River wind.

“You’re up here now and it’s kind of a nice cool breeze. But imagine it with 60 to 70 mile per hour gusts,” says Grant County utility district’s Thomas Stredwick. “And workers and man lifts and trying to haul equipment around — you can see how in pretty short order things can get pretty dicey.”

Workers are installing massive steel structures with wooden slides to help the fish over the dam.

This crew could start to see 12,000 fish collecting per day at the dam in the peak of summer. Already some early migrating fish are forcing a short-term solution that could turn into something longer.

At Priest Rapids Dam, about 20 miles down the Columbia River, Grant County utility district workers are trapping these early migrators so they can be trucked around the dams.

Trucks will fill up with thousands of gallons of river water and about 150 fish per load.

“The most endangered fish we have”

“It’s unthinkable for anyone in the state that we wouldn’t get a salmon run up the river,” says Jeff Korth, a major fish manager for Washington’s Fish and Wildlife.

At the peak of the fish run, Korth’s crew and Grant County utility district employees could be moving about 1,500 fish a day. They’re all hoping that engineers and construction crews can finish fixes on Wanapum and Rock Island dams soon so they won’t have to truck as many fish.

“One thing that’s not fortuitous is that the first run of salmon just happens to be the spring Chinook,” says Korth. “And they are the most endangered fish we have up here. We are going to have to deal with the most critical population, right out of the gate.”

“Never put anything past a fish”

Korth worries that even with the best plans and engineering, working with salmon is still unpredictable.

“That falls under the category that I call never put anything past a fish. If you’re absolutely sure they won’t do something, they’ll end up doing it.”

And if the modified ladder systems don’t work by the time the larger summer run arrives, Korth says, “We’d have to make some very hard decisions. But we’re pretty optimistic we’re not going to get there.”

He adds, “The logistics of hauling something like a half million fish would be pretty difficult.”

Korth says inept ladders would probably mean deciding which runs of salmon to save. Korth says a lot of engineering, policy and sweat has gone into getting salmon past the cracked dam, but we won’t know for at least a few weeks whether all this hard work will pay off. 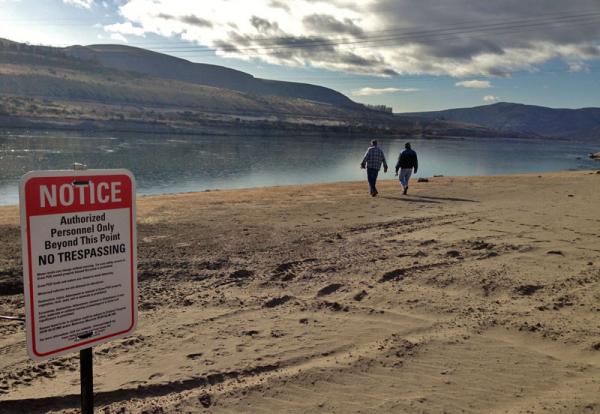 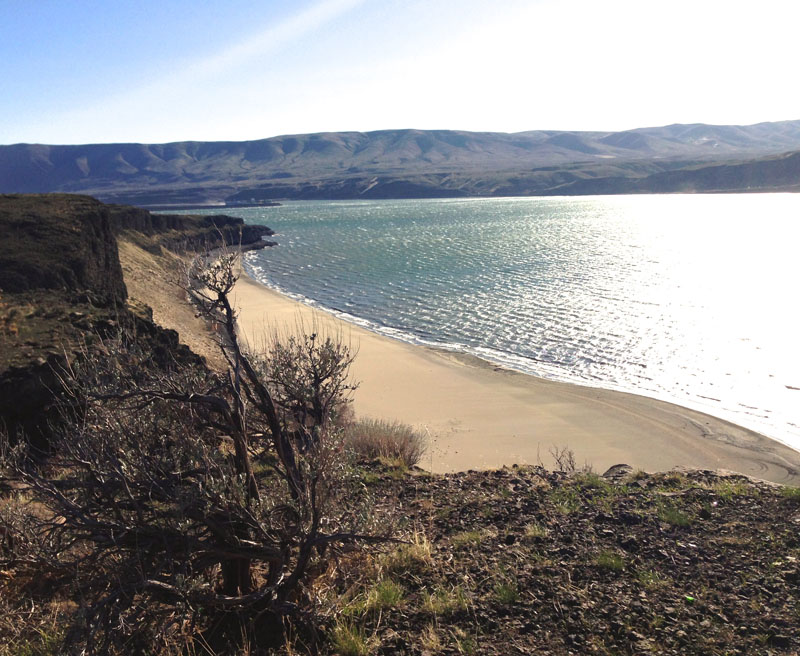 Two skeletons found upstream of the cracked Wanapum Dam have been handed over to Northwest tribes.

The remains were found near each other several weeks ago along the newly exposed Columbia River shore.

The state says it has the legislative authority to determine if remains are Native American and then repatriate them to tribes if they are.

But Richard Jantz, a well-known physical anthropologist who fought for a decade in federal court to study Kennewick Man, says it’s unfortunate that Washington state didn’t carbon-date these newfound remains before handing them over.

“We study the remains of Americans of all ethnicities,” says Jantz. “I think everybody loses when we understand less about the past than we might have.”

State experts say their initial studies show that one skeleton is male, the second female. In addition, the female’s skull shows signs of being flattened by a cradleboard — a traditional baby carrier used by indigenous North Americans.

Northwest tribal leaders in the area say they find it very disturbing for remains to be studied in any way. 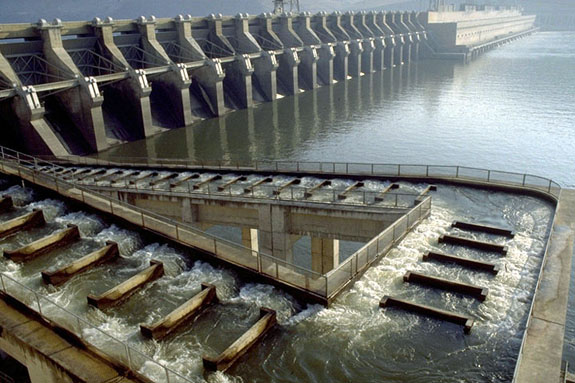