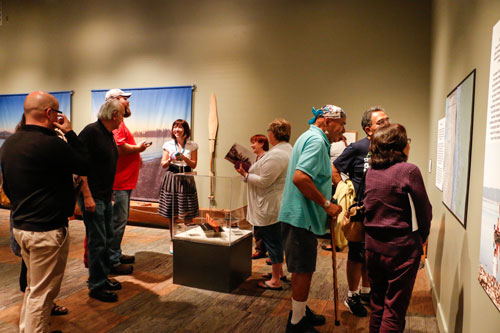 “Coast Salish Canoes,” opened at the Hibulb Cultural Center and Natural History Preserve on June 27, with over 80 guests in attendance.

TULALIP- “Imagine you are at the shore of the Salish Sea where a grand ocean-going family canoe floats patiently, waiting for you and others to begin your journey. The rivers, lakes and seas are our earth’s arteries, carrying its life force of water. For thousands of years they functioned as our ancestors’ highways, connecting our people together,” reads the opening display panel in the new interactive temporary Hibulb Cultural Center and Natural History Preserve’s exhibit, “A Journey with our Ancestors: Coast Salish Canoes.”

The new exhibit, on display through June 2015, explores canoe culture in Tulalip and in Coast Salish tribes. A soft opening for the exhibit was held on Friday, June 27, with over 80 guests in attendance. This interactive exhibit features over 70 items that guests can explore canoe culture through, such as videos on carving canoes, maps, display panels, paddles and tools used to carve canoes with, and a large canoe that guests can sit in. 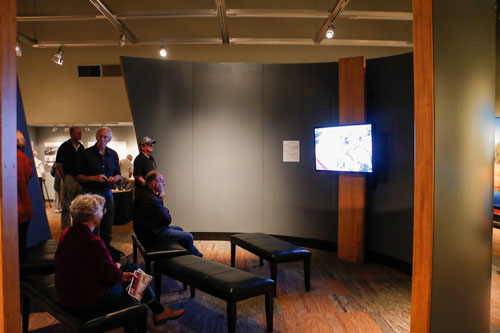 “We hope guests learn the importance of canoes and how they were tied to all aspects of our life,” explains Mary Jane Topash the center’s tour specialist, about what guests can expect from the new exhibit. “We hope to educate people on the types of canoes, anatomy, tools, what it takes to build one, and how they are still used to this day. This exhibit will encompass all aspects of the teachings, history, lifestyle, and how their importance hasn’t changed a whole lot over the years.”

Coast Salish Canoes highlights the roots of the Canoe Journey and the important role that canoes played in its revitalization during the 1989 Paddle to Seattle.

“It was a big learning process for us. It didn’t just happen in 1989,” explained Tulalip carver Joe Gobin, about the preparation involved in the Paddle to Seattle. “Frank Brown and Ray Fryberg Sr. got our [Tulalip] Board involved and the Board saw how this was something missing in our culture. They sent us to different reservations to learn, to Lummi and Makah, because none of us knew how to carve a canoe. We all talked about it and the tools we needed, and how when we were making the canoe we were bringing the tree back to life. And it did come back to life on the reservations, and it brought back so many things in our culture that were forgotten. I am glad to see this exhibit here.” 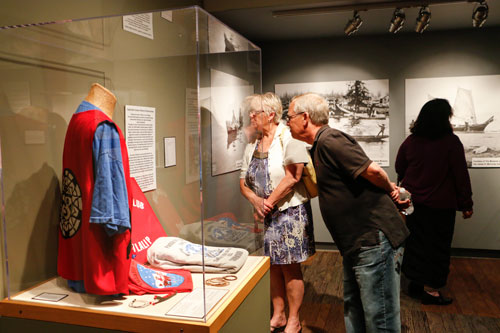 Lena Jones, the center’s curator of education, says guests will leave knowing the importance of canoes in Coast Salish culture. “Our ancestors helped keep a rich environment with superb art. We hope the exhibit will help people appreciate the social gatherings of the Coast Salish people and help our young people recognize their community’s role in revitalizing important Coast Salish traditions that can, and do, help the region.” 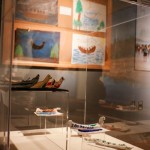 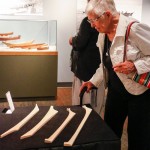 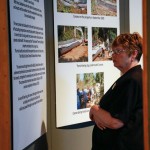 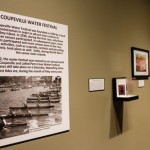 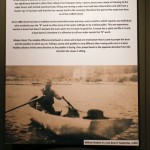 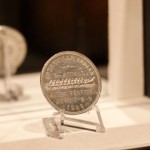 The Nature Conservancy brought people together in 2012 to conserve and restore the lands and waters that support our quality of life.

In 2012 The Nature Conservancy’s Washington chapter restored estuaries, restored forests, created new community collaborations, plucked derelict fishing gear from coastlines and brought science to bear on some of the most pressing problems facing us. From the Washington coast to Puget Sound to east Cascades forests and eastern Washington sagelands, The Nature Conservancy brought people together in 2012 to conserve and restore the lands and waters that support our quality of life.

Here are highlights of how donor support helped people and nature thrive in Washington in 2012.

It was a big year for restoration at the Conservancy’s Ellsworth Creek Preserve, at Willapa National Wildlife Refuge and on the Conservancy’s property on the Clearwater River, a tributary to the Queets. Funding from the jobs bill passed by the state Legislature last spring enabled the Conservancy to permanently remove 3 miles of old, hazardous road in the Ellsworth Creek Preserve while improving and upgrading an additional 4 miles. The improved roads enabled hired crews to do restoration thinning operations on 200 acres of former tree farm. Thinning the Douglas-firs makes room for spruce, cedar and hemlock to grow.

Locally hired crews and volunteers planted 11,000 trees at Ellsworth and on the adjacent Willapa National Wildlife Refuge, and another 8,000 trees on the Clearwater.

The Conservancy led establishment of the Washington Coast Marine Advisory Council to give local communities a voice in marine and coastal management.

The Conservancy worked with partners to remove 32 derelict nets in Grays Harbor and implemented a pilot derelict crab pot removal on the coast, retrieving 98 pots.

Conservancy scientists published a first-of-its-kind study of how forests in central and eastern Washington have changed over the last 100 years, a study that sets the stage for science to guide forest restoration efforts so they’ll be effective.

As part of the Tapash Sustainable Forests Collaborative, the Conservancy restored 746 acres of forest west of Yakima, improving wildlife habitat and reducing the threat of catastrophic fires. Locally hired crews also removed 13 miles of high-risk roads in the region.

With partners, the Conservancy launched a new collaborative, the Northeast Washington Forest Vision 2020 Collaborative, to improve management on 900,000 acres of forestlands near Colville.

The Conservancy’s 35,000-acres Moses Coulee Preserve is a laboratory for managing sage lands in central Washington. The Conservancy and partners are continuing an experiment on a biological control for cheatgrass, an invasive weed that has devastated rangelands in the western United States. Other ongoing conservation projects include banding and monitoring migrating songbirds, surveying the region’s diverse bat populations and restoring sagelands habitat.

Four young men from Tacoma’s Science and Math Institute (SAMI) spent part of the summer counting bats, looking for marbled murrelets, banding songbirds and overcoming their dislike of spiders as part of The Nature Conservancy’s signature youth program, Leaders in Environmental Action for the Future (LEAF). The Washington chapter joined the program in 2011, hosting teens from New York, where it started. In 2012, the chapter hosted teens from right here in Washington for this paid internship.

Washington’s coastal treaty tribes—the Hoh, Makah and Quileute Tribes and the Quinault Indian Nation—hosted the inaugural First Stewards climate symposium in Washington, DC. The Conservancy and NOAA’s Office of National Marine Sanctuaries were partners in the four day event, which brought together indigenous communities with scientists and governmental and non-governmental organizations to examine the impacts of climate change on indigenous coastal cultures and explore solutions based on millennia of traditional ecological knowledge.

The Nature Conservancy is an international organization, focused on finding local solutions to global challenges. The Washington chapter is connected to the Conservancy’s work around the world. In 2012, the chapter hosted Aurelio Ramos, the Conservancy’s director of conservation programs for Latin America, as he helped to develop conservation strategies for Puget Sound, for Washington’s eastern sagelands, and for temperate rainforests from Washington to Alaska. And the Washington chapter supported the Southern Andes program with science and geographic information staff, and assisted the Coral Triangle Center in Indonesia to develop its own membership program.

Capping off the year of conservation work, The Nature Conservancy welcomed Mike Stevens as the new Washington state director. Stevens arrived on Nov. 26, and in his first month he has visited all major program sites throughout the state.