SEATTLE (AP) — A lawsuit that accuses the federal Environmental Protection Agency from failing to protect Washington and Oregon oysters from ocean acidification is scheduled for a hearing Thursday in Seattle.

The agency is being sued by the Center for Biological Diversity, a nonprofit organization that works to protect endangered species and habitat.

Gov. Jay Inslee wants to change the cancer risk rate used to set state water quality standards from one in one million to one in 100,000. That is unacceptable to the treaty Indian tribes in western Washington. We refuse to accept this tenfold increase in the risk of getting cancer from known cancer-causing toxins, and you should, too.

The cancer risk rate, along with the fish consumption rate, are key factors in determining how clean our waters must be to protect our health. The more fish we eat, the cleaner the waters must be.

Water quality standards are supposed to protect those who need protection the most: children, women of childbearing age, Indians, Asian and Pacific Islanders, sport fishermen, and anyone else who eats local fish and shellfish. When the most vulnerable among us is protected, so is everyone else.

Under his plan, Inslee would correctly increase the fish consumption rate from a ridiculously low 6.5 grams per day (about one bite) to 175 grams per day, the same protective rate as Oregon’s. But he would effectively cancel out that improvement by decreasing our protection under the cancer risk rate.

The plan also calls for revising standards for 167 chemicals that the Clean Water Act requires states to monitor in our lakes, rivers and marine waters. But standards for 58 of those – including cancer-causing chemicals like dioxins and PCBs – will stay the same.

At its core, Inslee’s plan does more to preserve the status quo than result in any real improvement to our water quality standards. It is a political solution to a human health issue. The concept of a larger toxics reduction program to tackle pollutants at the source is a good one, but it is not an acceptable substitute for strong water quality rules. We should have both.

We know that Inslee and previous governors have struggled with updating the state’s water quality rules for decades because of complaints by industry that new water quality rules could increase their cost of doing business. But an economy built on pollution cannot be sustained.

Fortunately, at the request of the tribes, the U.S. Environmental Protection Agency has said it will step in to develop new standards this year if the state is unable.

This promise by EPA Administrator Gina McCarthy and Regional Administrator McLerran demonstrates true leadership. They clearly recognize the federal government’s trust responsibility to protect the health and treaty rights of the tribes, which also benefits everyone else who lives here.

We appreciate EPA’s willingness to protect the integrity of our state’s environment and water-based resources that are central to human health and treaty rights. We hope the state will step up before EPA has to step in to make sure our water quality standards protect all of us.

Note: Being Frank is the monthly opinion column that was written for many years by the late Billy Frank Jr., NWIFC Chairman. To honor him, the treaty Indian tribes in western Washington will continue to share their perspectives on natural resources management through this column. This month’s writer is Russ Hepfer, Vice Chair of the Lower Elwha Klallam Tribe and an NWIFC commissioner. 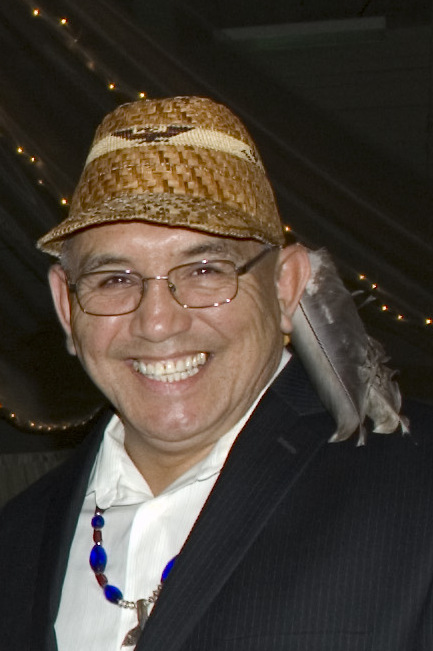 More delay is about the only thing that any of us who live here in Washington can count on when it comes to a badly needed update of state water quality standards to protect our health.

After decades of foot-dragging  by previous governors, Gov. Jay Inslee recently unveiled his plan to revise our state’s ridiculously outdated water quality standards. While the plan offers a small increase in protection from 70 percent of the toxic chemicals regulated by the federal Clean Water Act, it maintains the inadequate status quo for the other 30 percent.

At best Inslee’s plan offers minimal progress in reducing contamination; at worst it provides a tenfold increase in our cancer risk rate.

Support for that amount is a huge concession by tribes. Most tribal members, as well as Asian Americans and Pacific Islanders eat far more than 175 grams of fish and shellfish per day. Current studies show daily consumption rates of 236 to 800 grams. Even those numbers represent suppressed rates. If more fish and shellfish were available for harvest, more would be eaten.

While giving a little with one hand, Inslee takes away a lot with the other, increasing our “acceptable” cancer risk rate tenfold, from one in a million to one in 100,000. Do you think anyone who gets cancer from the pollution in our fish and shellfish would find that risk rate acceptable? Would you?

That one in a million rate has protected all of us for the past 20 years. By increasing the cancer risk rate Inslee effectively cancels out most of the health benefits and improved water quality provided by the increased fish consumption rate.

The fish consumption and cancer risk rates are supposed to protect those who need it the most: children, women of childbearing age, Indians, Asian and Pacific Islanders, sport fishermen and anyone who likes to eat local fish and shellfish. When the most vulnerable among us is protected, so is everyone else.

To make up for the loss of protection under the cancer risk rate, Inslee proposes a statewide toxics reduction effort that would require legislative approval and funding. While the idea of a large toxics reduction program is a good one, it is not a substitute for an updated state water quality standards rule that carries the force of law.

No one knows what the Legislature might do, but two things are certain. There will be more delay and more opposition to Inslee’s proposal. Boeing and other opponents to improved water quality rules will likely engage in full-strength lobbying during the session to block any meaningful change, claiming that it will increase their cost of doing business.

The state has a clear duty to protect the environment to ensure that our treaty foods such as fish and shellfish are safe to eat. If not, those rights are meaningless. We will not put our hard-won treaty rights or the health of our children in the hands of the governor or state Legislature.

Our treaty rights already are at risk because most salmon populations continue to decline. The reason is that we are losing salmon habitat faster than it can be restored. What good is restored habitat if it does not include clean water?

Washington could have joined Oregon as a leader in protecting human health and natural resources. Oregon two years ago increased its fish consumption rate to 175 grams per day and kept the one-in-a-million cancer risk rate. Now Oregon has the highest standards of protection in the United States.

Meanwhile, the Oregon economy hasn’t suffered and not one company has gone out of business as a result. Don’t we all deserve the same level of protection as Oregonians?

Any kind of justice that is delayed is justice denied. That includes both social and environmental justice. Further delays and weak water quality standards only worsen the suffering of many. Inslee’s plan is too little, too late.