Idaho Rivers United Thursday formally opposed what could be $1.3 billion in dams on the Boise and Weiser rivers.

In a press release, however, the Boise-based group touted 650 signatures on a petition urging lawmakers to scuttle the projects and instead work on healthy river flows, natural habitat and water quality.

On the Weiser River, Otter wants a $500 million dam.

He’s also pushing an $800 million expansion of Arrowrock Dam on the Boise. 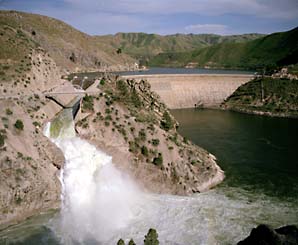 The bill funding studies of the projects now is in the Senate.

© 2014 The Associated Press. All rights reserved. This material may not be published, broadcast, rewritten or redistributed.