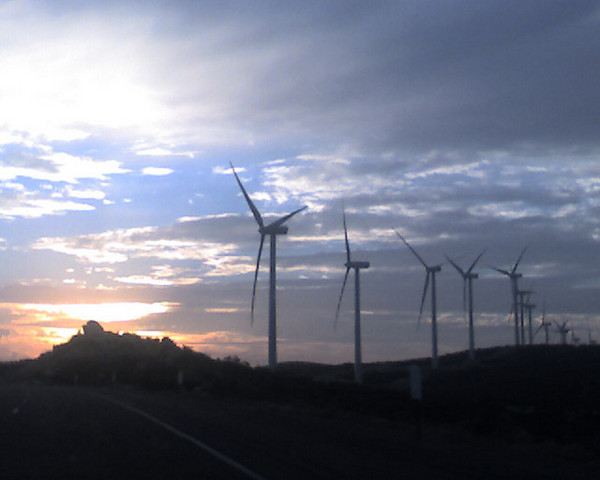 They are akin to 30-story spinning skyscrapers, their rotors the width of a jet plane’s wingspan and the blade tips moving at up to 170 miles per hour, creating tornado-like vortexes.

Bald and golden eagles, as well as millions of other birds, are sucked in and chopped up annually by wind farms’ whirling turbines, as the Associated Press described it. Wind farms are killing birds, and the government of President Barack Obama has just decreed it to be collateral damage in the quest for clean energy.

With climate change and renewable energy foremost on many peoples’ minds, Obama has said that wind energy companies will be allowed to kill (accidentally) a certain number of eagles and other birds under 30-year permits. In return the companies must take measures to prevent such deaths and will be required to track and report the number of birds that are killed in their turbines, the AP reported on December 6.

Permits will last 30 years and be reviewed every five years, the U.S. Department of the Interior said in its statement announcing the rules change. It builds on a permitting program begun in 2009 under the Bald and Golden Eagle Protection Act, the department said.

While the measure’s stated purpose is to acknowledge that some bird deaths are inevitable, environmental stewards hold that such allowances give companies too much leeway. The Osage Tribe is already battling an application for just such a permit by Wind Capital Group. The company is seeking to build a 94-turbine wind farm and estimates it would kill up to 120 eagles annually during the life of the project.

The Osage reacted strongly to Obama’s rule change announcement and said the President should know better.

“President Obama knows how important eagle feathers are to us: He was adopted into the Crow Nation and was adorned with a full war bonnet containing eagle feathers from head to toe,” said Assistant Principal Chief Scott N. Bighorse, according to the AP.

The Audubon Society said it would challenge the new ruling, which was handed down the by U.S. Department of the Interior.

“Instead of balancing the need for conservation and renewable energy, Interior wrote the wind industry a blank check,” said David Yarnold, president and CEO of the Audubon Society, in a statement. “It’s outrageous that the government is sanctioning the killing of America’s symbol, the bald eagle.”

The nation’s highest priority should on finding “reasonable, thoughtful partners to wean America off fossil fuels,” Yarnold said. “We have no choice but to challenge this decision, and all options are on the table.”

Meanwhile, as of December 11, 15 companies had applied for permits, not just wind power enterprises but also building companies and the military, said U.S. Fish and Wildlife Services spokesperson Chris Tollefson to the Journal Record. The Fish and Wildlife Service is in the middle of a 60-day public-comment period that ends on February 3 on environmental considerations for the Chokecherry and Sierra Madre wind projects in Wyoming. Two public hearings are scheduled, the first one on December 16 in Rawlins, Wyoming and the second on December 17 in Saratoga, Wyoming, according to Greenwire. The project itself was approved last year, Greenwire reported. The facility “proposes to string together as many as 1,000 turbines across more than 220,000 acres of BLM and ranch lands,” Greenwire said. The environmental review is to determine such a project’s effect on golden eagles.

Below, the Osage Nation explains the effect of wind turbines on migrating eagles.

The equipment that’s powering America’s wind energy boom is increasingly being made right at home.

In 2007, just 25 percent of turbine components used in new wind farms in the U.S. were produced domestically. By last year, that figure had risen to 72 percent, according to a new report from the U.S. Department of Energy. And exports of such equipment rose to $388 million last year, up from $16 million in 2007.

This happened even as the U.S. was installing a whole lot of turbines. More than 13.1 gigawatts of new wind power capacity was added to the U.S. grid in 2012, representing $25 billion of investment. That made wind the nation’s fastest-growing electricity source last year, faster even than natural gas–fueled power.

Unfortunately, there were job losses in the sector last year, with the number of wind industry manufacturing jobs falling to 25,500 from 30,000 the year before. That’s because there was a lull and some factory closures after a mad scramble to fulfill orders placed before a federal tax credit expired. (It was renewed for this year, but its future is still up in the air.)

The better news is that the number of workers both indirectly and directly employed by the sector grew to 80,700 in 2012, up from 75,000 the year before.

And as the wind energy sector has grown, so too has the diversity of companies that comprise it, as shown in this chart from the DOE report: