BOISE, Idaho (AP) — Oregon, Idaho, and Washington residents are among the top polluters in the nation when it comes to fine particle emissions from burning wood to heat homes.

The U.S. Environmental Protection Agency lists Oregon, Idaho and Washington as seventh, eighth and ninth respectively in per capita emissions.

The three states share chilly climates, a tradition of wood burning, and lots of national forest land with easy access and where U.S. Forest Service managers appreciate the removing of some trees to reduce potential forest fires.

“We have a very large fuel wood cutting program and a large public that takes advantage of it,” said Julie Thomas, spokeswoman for the Sawtooth National Forest in Idaho. “For a lot of folks, it helps them reduce the cost of purchasing heat in the wintertime.”

Wood burning is also popular in Oregon, where that state’s Department of Environmental Quality found that a third of residents in the densely populated Portland region burn wood.

Marcia Danab, an agency spokeswoman, said southeast Portland as well as some other areas of the state that experience inversions have problems with wood smoke. Health agencies issue alerts when it’s unhealthy to be outside.

To alleviate the problem the state, she said, in 2009 enacted a law requiring uncertified woodstoves to be removed and destroyed when a home is sold.

That’s the kind that a Washington state company called Rich’s For The Home sells at its five store locations in that state.

Beth Urban, an assistant manager at the company’s Lynnwood store, said the state has some of the strictest standards for wood stove emissions. To meet those standards, the new stoves use what Urban called secondary reburns that eliminate many of the particles.

She also said the stoves, while more expensive, in the long run save money because they’re more efficient, some models using half the wood to produce the same amount of heat as older stoves.

The stoves come in various materials, with soapstone being the most expensive. Urban said prices range from $3,000 to $4,000 for a soapstone stove, but they are also among the most attractive and effective at distributing heat.

“It cuts your consumption down quite a bit,” she said. “The newer wood stoves, you can load up the fire boxes to last six, eight, sometimes 10 hours. Nobody likes to babysit a wood stove.” 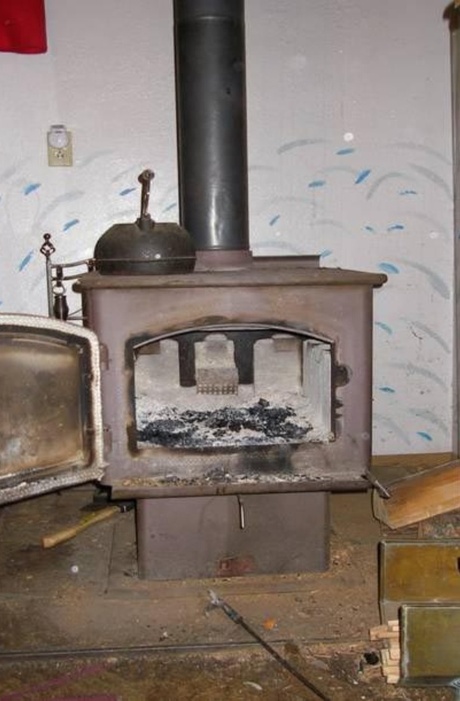 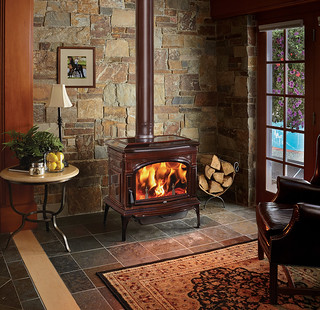