During a teleconference on Thursday, Acting IHS Director Yvette Roubideaux outlined the proposed budget for the agency, which is included in the proposed $4 trillion federal budget announced this week by President Barack Obama.

The IHS is an agency within the U.S. Department of Health and Human Services. It provides health care services to approximately 2.2 million American Indians and Alaska Natives through more than 650 hospitals, clinics and health stations on or near reservation lands.

The proposed budget for the IHS would total $5.1 billion, which is an increase of $461 million from the fiscal year 2015 budget, Roubideaux reported.

The budget proposes a $70 million increase to the Purchased/Referred Care Program, which pays for health care services obtained from the private sector or for services not available by the IHS.

A total of $185 million has been requested to provide funding for construction projects listed under the Health Care Facilities Construction Priority List.

Under the proposal, about $20.5 million would be used for the facility design and to start construction of the Dilkon Alternative Rural Health Center in Dilkon, Ariz.

The budget proposes that $115 million be allocated for the Division of Sanitation Facilities Construction, which supplies water, sewage disposal and solid waste disposal facilities to homes.

The budget proposes an annual appropriation of $150 million for the next three years for the Special Diabetes Program for Indians, which started in 1997 and provides diabetes prevention, awareness, education and care programs to IHS, tribal and urban facilities.

Joining Roubideaux for the teleconference was Jodi Gillette, special assistant to the president for Native American Affairs, who said the president’s approach to funding the programs and services that address Indian Country were outlined during the 2014 White House Tribal Nations Conference.

During their visit, they heard from young tribal members who shared stories about dealing with social issues like alcoholism, poverty and suicide.

In response to that visit, a new initiative focusing on Native American young people — Generation Indigenous — was launched, Gillette said.

Investments to start Generation Indigenous were included in the proposed IHS budget, including $25 million to expand the Methamphetamine and Suicide Prevention Initiative.

That funding would go toward increasing the number of child and adolescent behavioral health professionals working to provide direct services to Native youth.

Another $50 million has been requested within the Health and Human Services Department to start the Tribal Behavioral Health Initiative for Native Youth.

Noel Lyn Smith covers the Navajo Nation for The Daily Times. She can be reached at 505-564-4636 and nsmith@daily-times.com. Follow her @nsmithdt on Twitter. 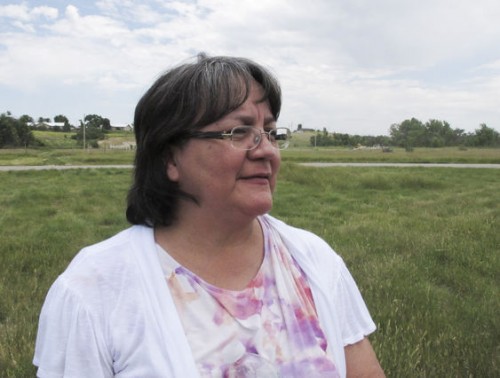