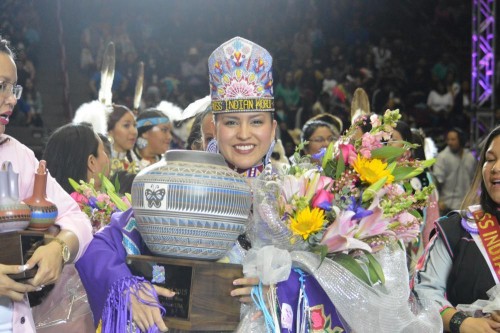 MESKWAKI SETTLEMENT, IA. — A 25-year-old man who has been charged with murdering his mother and father told relatives he had killed his parents with a machete, authorities said late Thursday.

The killing of two tribal members and murder charges against a third shook this tightknit community of 1,000 residents Thursday.

Gordon Lasley Sr. and Kim Lasley were found dead late Wednesday night in their home at 669 Meskwaki Road by Meskwaki Nation police. The couple’s son, Gordon Lasley Jr., is charged with two counts of first-degree murder, Tama County Attorney Brent Heeren said in a news release. He was being held on $2 million bond in the county jail.

“The wounds appeared to be from a edged weapon,” Karr wrote.

Early Thursday, when a Tama County sheriff’s deputy found Lasley Jr. driving his mother’s vehicle, the suspect had blood on his clothes, and there was blood in the vehicle from cuts on Lasley’s hands, the complaint said.

Lasley Jr. told “several family members” he was responsible for the killings, which took place about 9 p.m., according to the complaint.

Lasley Jr. appeared before a magistrate judge Thursday, and a preliminary hearing is scheduled for Feb. 14, according to court documents.

Federal, state and local authorities are investigating the slayings.

“The Sac and Fox Tribe is a very close-knit community, and we are all shocked and saddened by this,” tribal chairwoman Judith Bender said in a news release from the tribe. “Our thoughts and prayers go out to the family and all of those who are affected by this horrific event.”

On Thursday, neighbors and family members struggled to comprehend the tragedy.

“They were real good people,” said Gerald Sanache, who lives next door to the Lasleys’ olive-green two-story home, and is a nephew of Gordon Lasley Sr. “It’s a total shock.”

“I would have never expected something like this to happen to them,” he said.

In a community highly protective of its privacy, several members declined to be interviewed. A woman at another neighboring house who described herself as a relative would not comment on the victims or the circumstances of the homicide, saying, “We just want privacy right now, to prepare for funeral arrangements.”

The Lasleys resided for about 15 years at the home where they were found dead, Sanache said. Gordon Lasley Sr. grew up on the settlement and was a carpenter by trade, but wasn’t working recently. Kim Lasley worked in the keno department at the Meskwaki casino.

Sanache also knew the junior Lasley. “Never knew him to be in trouble,” he said.

But state court records show Lasley Jr. had faced charges of interference with official acts, trespassing, eluding police, possession of marijuana and multiple driving and motor vehicle violations. In February 2012, he was sentenced to five years in prison, fined $3,125 and placed on probation to the 6th Judicial District Department of Correctional Services, according to the Tama News-Herald.

The FBI is consulting on the case, said Sandy Breault, spokeswoman for the FBI Omaha field office, which serves Iowa. Federal agents always consult on major crimes on Indian land.