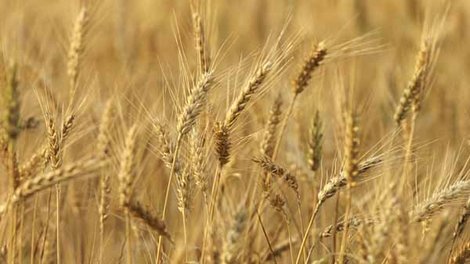 PULLMAN, WASH. — A study by Washington State University has found no additional sign of the genetically modified wheat discovered at one Oregon farm this spring.

The tests involved dozens of wheat varieties developed at Washington State, the University of Idaho and Oregon State University, plus varieties from Westbred/Monsanto and Limagrain Cereal Seeds, WSU said this week.

“WSU undertook its own investigation as part of its commitment to serving Northwest farmers,” said James Moyer, director of WSU’s Agricultural Research Center.

The study’s collaboration with the other universities and the commercial seed companies was unprecedented, and reflected the common goal of trying to determine if the genetically modified wheat discovered in Oregon was an isolated case or if the industry had a larger problem, Moyer said.

The tests involved growing seed, spraying infant plants with the herbicide glyphosate and conducting molecular testing. None of the plants showed the glyphosate resistance found in the fields of an as-yet-unnamed Oregon farmer, WSU said.

Last month, the U.S. Animal and Plant Health Inspection Service also said grain tests and interviews with several hundred farmers found no other instances of herbicide-resistant crops beyond that one Oregon farm.

The modified wheat was discovered in May when field workers at an eastern Oregon farm were clearing acres for the bare offseason and came across a patch of wheat that didn’t belong. The workers sprayed it, but the wheat wouldn’t die, so the farmer sent a sample to Oregon State University to test.

A few weeks later, Oregon State wheat scientists discovered that the wheat was genetically modified. They contacted the USDA, which ran more tests and confirmed the discovery.

Agriculture Department officials have said the modified wheat discovered in the Oregon field is the same strain as a genetically modified wheat that was designed to be herbicide-resistant and was legally tested by seed giant Monsanto a decade ago but never approved.

Most of the corn and soybeans grown in the United States are already modified, or genetically altered to include certain traits, often resistance to herbicides or pesticides. But the country’s wheat crop is not, as many wheat farmers have shown reluctance to use genetically engineered seeds since their product is usually consumed directly. Much of the corn and soybean crop is used as feed.

The USDA has said the wheat would be safe to eat if consumed. But American consumers, like many consumers in Europe and Asia, have shown an increasing interest in avoiding genetically modified foods.

The vast majority of Washington’s wheat is exported.