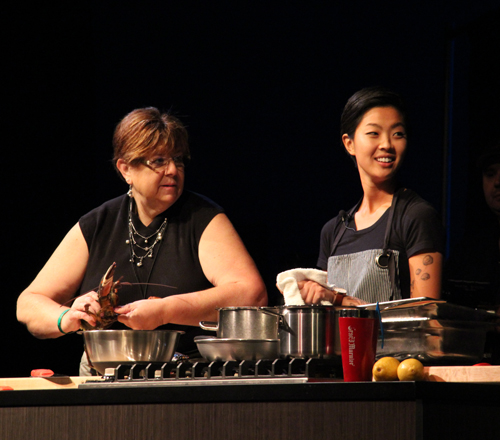 Tulalip, WA − “I’m surrounded by artists; artist wine makers, artist chefs, artist celebrity chefs. All of whom have such a lust, such passion for food,” said Chef Perry Mascitti at the opening reception for the 5th annual Taste of Tulalip, November 8th. The weekend culinary event, which sells out every year, hosted returning celebrity Chef Carla Hall, Bravo’s Top Chef Champion Kristen Kish, and renowned food anthropologist, chef, and Kiowa tribal member, Dr. Lois Frank. This year’s focus was more on the menu in an effort to redefine the event, and the Tulalip brand.

Lisa Severn, director of food and beverage at the resort, said, “It is a culinary event encompassing both food and wine. We want to define Tulalip as a culinary destination, bringing quality and passion to our brand, setting us apart from our competitors.” 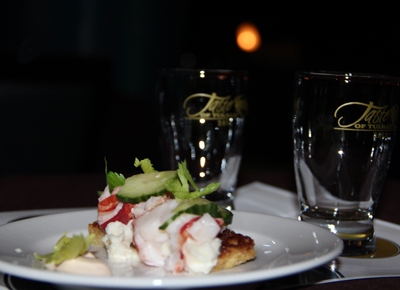 The Taste, as it’s called, is so much more than a wine event, a fact that was brought to the forefront in this year’s preparations as Dr. Frank worked with resort cooking staff for more than six months developing menu ideas inspired by the historic foods of this region. Such indigenous foods were incorporated into each dish served at Friday’s six course reception dinner, as well as those offered at the grand tasting on Saturday. The use of indigenous mushrooms, huckleberries, salmon, shellfish, pumpkin and squash, and indigenous red and yellow corn gave each plate a taste that is truly unique to this region. Branching out into Indian country as a whole, even lamb and buffalo were used as Native meats.

Each year, the Taste welcomes mainly Washington wineries to showcase their finest products, for two reasons. First, these wines are specific to this area, similar to the foods, as each grape will taste different depending on the ground it is planted in. You are essentially drinking the flavors of the northwest infused in each wine. The second is that Tulalip Resort believes in buying local and supporting local businesses. 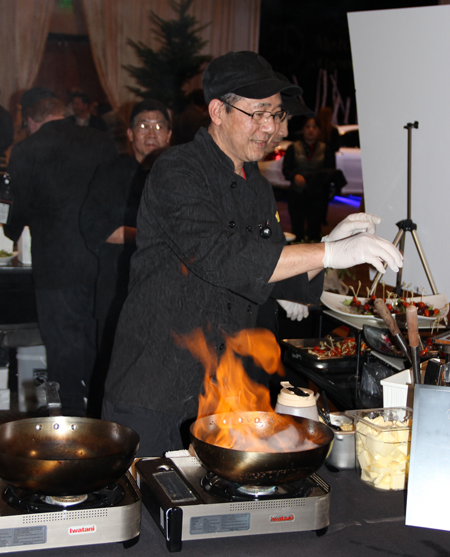 They have the food, they have the drink, but it is really the skill and passion that defines a culinary experience. In order to prove their skill, chefs and sommeliers from around the Pacific Northwest teamed up for the Rock n’ Roll cooking challenge, where they were given a basket of unknown ingredients. They had to create a dish and select a wine to pair it with. A challenge to understand the relationship between food and drink, three teams were judged by the hosting chefs.

In addition to the fanfare, cooking demonstrations and tastings of elite wines and craft beers brought a level of quality to the Taste that puts Tulalips on the map. Kristen Kish held a cooking demonstration, preparing lobster. Kish stressed the fact that you should cook with your hands. For example, a pinch as a measurement should be between your thumb and three fingers, meaning that the amount of ingredients used will be specific to each chef, adding an identity to each dish. Fielding questions by Tulalip’s Chef Perry and celebrity Chef Carla Hall, Kish shared other tricks of the trade along the way. 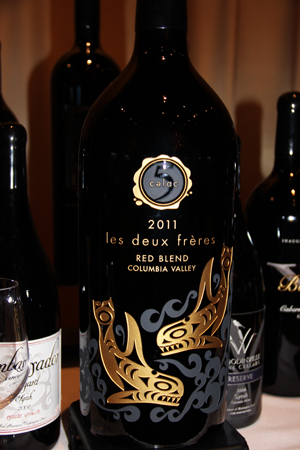 Limited edition Taste of Tulalip Bottle featuring a design by Tulalip artist Jason Gobin. Each year the Taste selects a Tulalip artist to design a theme, this year being on of Tulalip’s origin stories, the story of the two killer whale brothers, les deux frères.
Photo: Andrew Gobin, Tulalip News

Redefining the Taste, and Tulalip, as a culinary destination also showcases the diverse options Tulalip offers guests on a regular basis. Although the event focuses on Tulalip hospitality, the Taste of Tulalip has remained one of the top ten grossing weekends in terms of casino revenue since the resort opened.

The weekend concluded with what was called a Native American brunch, where Dr. Frank led an expedition into the traditional foods of Native America; a legacy that will continue at the resort.

Severn was very pleased with the event, saying, “It was a successful weekend that defined Tulalip as a culinary destination, hosting the premier culinary event in the Northwest.” 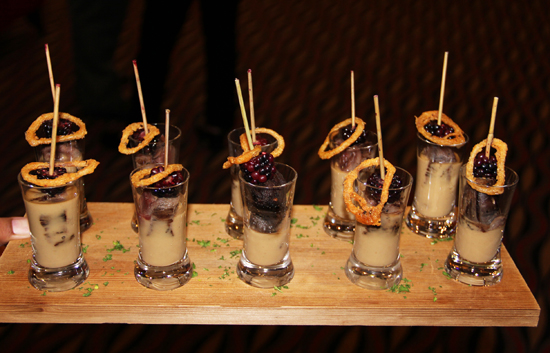 No, they’re not shots. Blackberry Sirloin skewers with a caramelized onion, floated in a glaze were among the first hors d’oeuvres offered at Friday’s reception dinner.
Photo: Andrew Gobin, Tulalip News 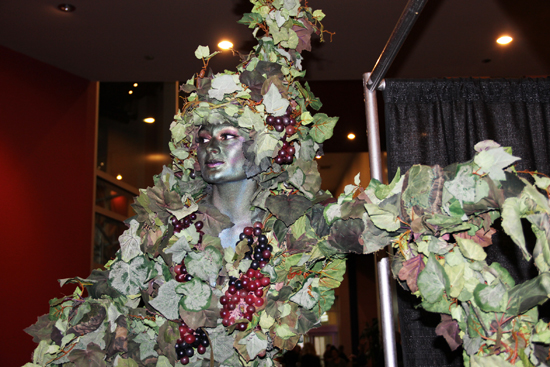 Performers hired for the grand taste (left and below) dressed as grape vines welcomed arriving guests, coming to life for moments at a time, finding walls to cling to. When not moving you would not have known these were performers. The vine below stood 10 feet high on stilts and crutches, giving them 4 “vines” to walk with.
Photo: Andrew Gobin, Tulalip News 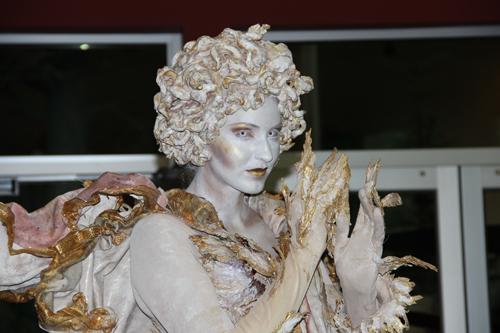