Gov. Jay Inslee on Friday signed a proclamation that returns almost all civil and criminal authority over tribal members on the reservation back to the Yakama Nation. The next required step, before this can take effect, is federal approval.

OLYMPIA, Wash. — In what tribal leaders call a historic development, Gov. Jay Inslee on Friday signed a proclamation that returns almost all civil and criminal authority over tribal members on the reservation back to the Yakama Nation.

Tribal Council Chairman Harry Smiskin said the signing is not only “historic” but the first of its kind in the country. 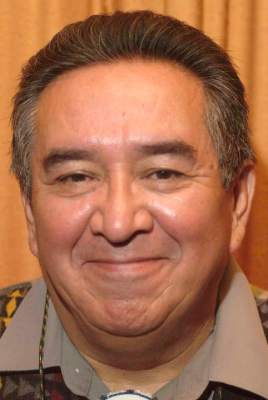 “The biggest benefit is that we have the right to determine our own destiny and our own laws,” Smiskin said earlier this week.

But the deal is not done yet. The proclamation needs federal approval, which Smiskin said will probably take another year or so working with the government on final details, including financial support for both law enforcement and civil authority over social issues like school truancy and child and family services.

The Yakama Nation is a sovereign nation that has the authority to govern itself under the treaty signed in 1855 with the federal government. The Nation already has its own police department and jail and has always had some criminal authority over tribal members.

In 2012, the Legislature created a process for tribes to apply to get that lost authority returned. The proclamation is the result of the Yakama Nation’s petition. A busload of tribal members travelled to Olympia for the ceremony.

The Yakama petition, which was filed in 2012, asked the state to retain authority over mental illness as it arises in the courts and civil commitment of sexually violent predators, but return the rest of the authority taken in 1963.

The state retains jurisdiction over criminal or civil cases that involve non-Indians, even if a tribal member is also involved.

Yakima County Commissioner Kevin Bouchey said that was the county’s main concern, and he was pleased that to see the state retained that authority.

Smiskin said he encouraged the tribe to pursue the move — known as retrocession — because he’d seen the benefits when he worked with the Colville Tribe on the issue in the 1980s.

Criminal jurisdiction was returned by the Legislature for the Colvilles and several other tribes then, but Smiskin said that he used what he learned from that process to improve the Yakamas’ move to regain authority, including civil jurisdiction.

Now that Inslee has signed the proclamation, it goes to the federal Bureau of Indian Affairs for review before it will take full effect.

In preparation, the Yakamas already signed memorandums of understanding with the cities and counties that overlap the reservation.

For example, if a tribal member is pulled over on the reservation for speeding by a sheriff’s deputy, the officer will transfer the driver over to a tribal officer, Bouchey said.

Yakima County Sheriff Ken Irwin called the retrocession a “work in progress” and said that he still doesn’t know the final details about how the BIA and the Yakama Nation are going to handle some issues, including major crimes, but he respects the process.

“They have some steps left,” Irwin said. “In the meantime, it’s business as usual and we are working together very well.”

A spokeswoman for the Department of Social and Health Services referred questions about the retrocession process to the governor’s office.

A governor’s office spokeswoman said the state doesn’t intend to start planning for the transition in jurisdiction until after the retrocession secures federal approval.