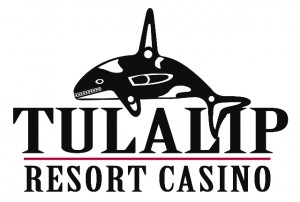 Tulalip, Washington — Tulalip Resort Casino invites fans to rock to the pulsating sounds of Queen and Boston, on Sunday, May 25. Starting at 8:00pm in the Orca Ballroom, the Resort will host “Rock the Empire,” a tribute style concert with classic music from two of the greatest bands of the 70’s and 80’s. Groupies can sway to the lively beats while sipping on cocktails from the no-host bar.

Queen Nation – Queen Tribute Band
Queen Nation was formed in 2004, and consists of band members: Joe Retta or Gregory Finsley on vocals  and keyboards as Freddie Mercury; Mike McManus on guitar as Brian May; Pete Burke on drums as Roger Taylor; and Parker Combs on bass as John Deacon. The group’s mission is to carry on the musical torch and pay homage to the golden age of vintage Queen concerts. Music lovers can jam to ultimate Queen songs such as “Cold Stone Crazy,” “Tie Your Mother Down,” “Somebody to Love,” “Crazy Little Thing Called Love,” and more.

Third Stage – Boston Tribute Band
Borrowed Time hails from Seattle and will make their debut as “Third Stage” at Tulalip.  They play the greatest hits from the band Boston, filling the show with great renditions and the enthusiasm that is reflective of the band’s personalities.  Not a look alike act, but a rocking and melodic band that faithfully recreates the magic of Boston, concert goers will enjoy classics like “A Man I’ll Never Be,” “Something About You,” “Smokin,” and many more.  Band members and the characters they play are Arny Bailey as Brad Delp on vocals; Aaron Cheney as guitar wizard Tom Scholz; Bryan Woolley as Fran Sheehan on bass; David Shore on keyboards; Dave Farrell as guitarist Barry Goudreau; and Marc Montagnino as Sib Hashian on drums.

This event is limited to those 21 and over. Tickets go on sale March 28th at the Resort’s Rewards Club desk or Ticketmaster. They are priced at $15 per person in advance or $25 per person at the door.