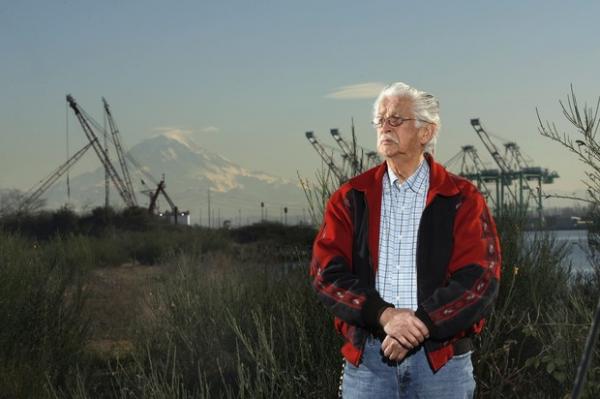 Elected to the Puyallup tribal council in 1971, Herman Dillon Sr. was a “tireless advocate for the social and economic betterment” of his tribe and tribes throughout the Northwest, Gov. Jay Inslee told The Seattle Times. Dillon walked on May 23, 2014 at the age of 82.

“Our whole family is grieving the loss of the head of our family,” his daughter Sheila Beckett told the Times. “We appreciate everyone’s condolences during this rough time. He was so important to all of us. He will be greatly missed.”

Dillon not only served on the Puyallup City Council for more than 35 years, but he also testified on Indian affairs in Washington, D.C., and supported treaty fishing and hunting rights. Dillon was a longtime friend of Nisqually activist Billy Frank Jr., who walked on May 5 at the age of 83.

“This is a sad day,” John Weymer, a spokesman for the tribe and Dillon’s personal friend told The News Tribune. “He’s had heart issues for years, but it still came as a surprise because he had been doing better for a while.”

During Dillon’s time leading the tribal council, the tribe went from poverty to prosperity, in large part due to casino gaming. He helped negotiate compacts with Washington State, and membership in the tribe more than tripled during his leadership, reports The News Tribune.

In a statement, Tacoma Mayor Marilyn Strickland called Dillon “a constant and reliable leader for the tribe and the region.”

A public memorial service was held May 31 for Dillon—The News Tribune published a photo gallery of the service here.