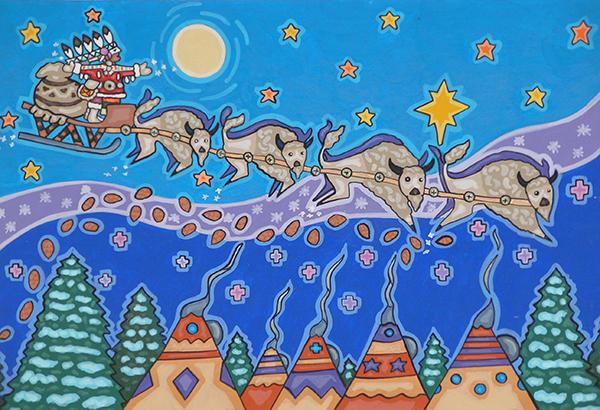 The reading of “A Visit From St. Nicholas,” a poem by Clement Clarke Moore better known by its first line, “Twas the Night Before Christmas,” is a tradition in many households; nearly 200 years after its first appearance, an author and an artist published a version that gave the story an American Indian flair.

Called simply Native American Night Before Christmas, the children’s book featured words by Gary Robinson (Choctaw and Cherokee) and images by Jesse T. Hummingbird (Cherokee). It was published by Clearlight Books, and was the Silver winner of the Moonbeam Children’s Award.