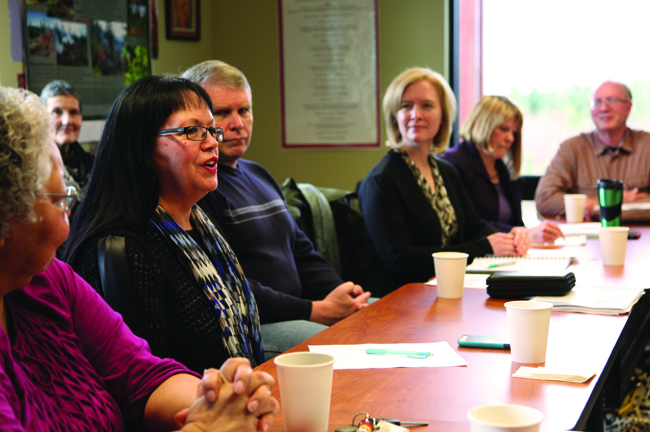 In November 2007, the Tulalip Tribes signed an historic Memorandum of Agreement (MOA) with the U.S. Forest Service to work together on a government-to-government basis regarding the Tribes reserved hunting and gathering rights on off-reservation ancestral lands, specifically the 1.7 million acres that total the Mount Baker-Snoqualmie (MBS) National Forest. Every single acre of the 1.7 million that totals the now MBS National Forest was ceded land as part of the Treaty of Point Elliot of 1855. The MOA lays out a framework for increased communication and collaboration in areas such as planning, policy making, and sharing of technical expertise and data, to provide stewardship and conserve the natural resources that the Tribes value and depend upon.

Continually developing an effective partnership in stewardship of national forest lands and resources is critical to maintaining a positive relationship between the Tulalip Tribes and the Mount Baker-Snoqualmie Forest Service. Ensuring this effective partnership, both parties attend a government-to-government MOA meeting once a year. The annual meeting creates a forum to address the Tulalip Tribes specific concerns as they arise and allows for the Mount Baker-Snoqualmie Forest Service to update the Tribes with any forestry policy/project changes or developments. This year’s annual meeting was held Thursday, January 15 at the Tulalip Administration Building.

The representatives for the Tulalip Tribes and the Forest Services staff from the Mount Baker-Snoqualmie National Forest sat down to discuss topics ranging from the Beaver Relocation project to the co-stewardship areas to ways to improve upon communication. Three important issues raised as a result of the open forum were the Forest Service’s sustainable roads directive, sacred sites protection on national forests, and improved communication with the national and regional level of the Forest Service.

One of the issues that came up again this year is the ‘sustainable roads’ directive given to the Forest Service. The directive calls for the Forest Service to close a certain percentage of their roads by going through their entire road system inventory and prioritizing roads they want to keep. The roads that don’t come high on the list would be the first to be closed.

MOA liaison with Treaty Rights Office of Natural Resources Department Libby Nelson describes the importance of having the Tribes input considered when prioritizing which roads to sustain and which to close. “The public tends to be recreational and they are going to want to preserve trailheads and certain places that the Tribes may not feel quite the same way about. Making sure that the Forest Service is really looking at how they are going to ensure treaty rights needs to take a front and center role in their analysis and evaluation of what roads to keep open and what roads to close. So that’s an issue. [For the Forest Service] it becomes a matter of budget allocation and this is where we think it is really important to say, ‘What is important to honor the rights we have to protect of the Tribes through their treaty? How do we plan to integrate that into are analysis?’ Their duty as a federal trustee to the Tribes is to ensure access for treaty right exercise.” 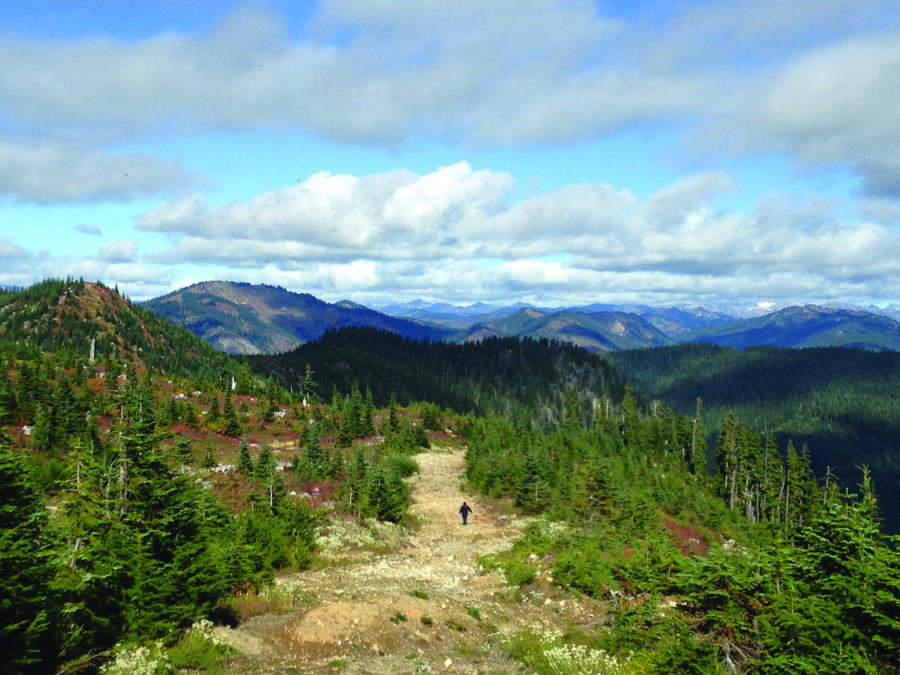 Executive Order 13007 Indian Sacred Sites requires Federal land managing agencies to accommodate access to and ceremonial use of Indian sacred sites by Indian religious practitioners and to avoid adversely affecting the physical integrity of such sacred sites. It also requires agencies to develop procedures for reasonable notification of proposed actions or land management policies that may restrict access to or ceremonial use of, or adversely affect, sacred sites.

Sacred sites are defined in the executive order as “any specific, discrete, narrowly delineated location on Federal land that is identified by an Indian tribe, or Indian individual determined to be an appropriately authoritative representative of an Indian religion, as sacred by virtue of its established religious significance to, or ceremonial use by, an Indian religion; provided that the tribe or appropriately authoritative representative of an Indian religion has informed the agency of the existence of such a site.” There is no review of such determinations by a Federal agency.

Executive Order 13007 was discussed in the MOA meeting because it appears that one of the conflicts, potentially, would be the executive order and some other federal statutes don’t specify or differentiate treaty rights from federally recognized tribes across the country. This leads to situations where you could have members of other federally recognized tribes coming onto treaty rights lands to practice their culture and/or religion.

The issue that surfaced was that there would be concern if that was happening on the ancestral territories of Tulalip. There should be a protocol for talking to the Tribes here first who have reserved rights on those lands. The Tulalip Tribes and Mount Baker-Snoqualmie National Forest staff will have further discussions about this potential conflict, while also focusing on the general issue of continued co-stewardship of maintaining sacred sites.

“We do have a good working relationship locally now, and that’s great because a lot of things do happen on the forest level, but when the national and regional issues come up we have a ways to go to achieve good communication. On a regional and national level with the U.S. Forest Service, as whole, we often get their policies last minute. Sometimes we don’t hear about them until it’s really late to comment. So we talked about ways to improve that,” says Nelson.

To further increase the capacity for open dialogue on the local level, the Tulalip Tribes are focused on getting the District Ranger and Forest Service staff from the nearby Snoqualmie District to attend future MOA meetings.

Overall, the meeting was a success as both the Tulalip Tribes and Mount Baker-Snoqualmie National Forest staffs were able to discuss a range of topics, have an open dialogue regarding potential issues that may arise in the foreseeable future, and exchange ideas about foreseeable projects as a result of the MOA. Most importantly, the meeting served as a reminder of the efforts the Tulalip Tribes has remained steadfast to in the always on-going battle to protect Tulalip’s treaty rights.

As Libby Nelson states, “In order to protect the real exercise of treaty rights reserved Tulalip in their treaty, it’s going to take continued vigilance and pushing back.  The Mt. Baker-Snoqualmie is surrounded by a lot of people—most of the State’s population lives within easy driving distance.  There is now, and will continue to be a lot of pressure from people in urban centers, like Seattle, who would like to see the forest become more and more park-like and provide for their recreational uses.  Treaty hunting, gathering and other cultural uses aren’t always very compatible with these other recreational uses or too many people.”