The Ak-Chin Indian community in Arizona has been recognized by the AZ Water Association and received the 2013 Water Project of the Year Award for its water treatment plant that uses GE’s ZeeWeed technology. 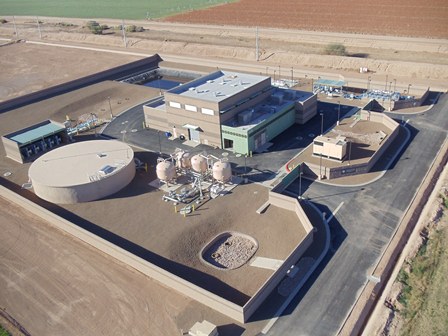 The Ak-Chin Indian Community’s surface water treatment plant, featuring GE’s ZeeWeed 500treatment technology, was recently honored with the 2013 Water Project of the Year Award from the AZ Water Association. The new plant, commissioned in 2012, has a capacity of 2.25 million gallons per day and provides drinking water to community members and Harrah’s Ak-Chin Casino.

This surface water treatment plant is the first for the Ak-Chin Indian Community, located in the Santa Cruz Valley of Southern Arizona, 50 miles south of Phoenix in the northwestern part of Pinal County. GE provided the technology for the Ak-Chin Indian Community’s nearby membrane bioreactor water reclamation facility, which provides Arizona Class A+ effluent for water reuse and recharge, and won an international and multiple state awards.

The Ak-Chin Indian Community’s surface water treatment plant takes advantage of its surface water allotment of Colorado River Water supplied via the Maricopa-Stanfield canal system and the Central Arizona Project canal, which gives it a secure source of water, allowing for the population to properly plan for future growth and expansion.

GE ZeeWeed 500 technology is a filtration technology that separates particles, bacteria, and viruses from water or wastewater. Its ability to handle high peaks of solids and turbidity, combined with the high-efficient process and low energy and chemicals usage, makes it ideal for treating deteriorated or high-variation raw water sources and produces high and stable drinking quality water. 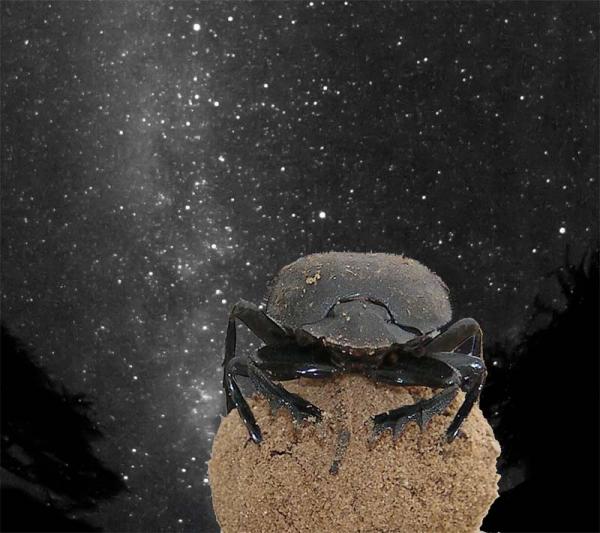 Dung beetles, which navigate their poop balls via starlight, must be onto something.

Euphemistically known as waste-to-energy, the possibilities afforded by excrement are, well, excremental. David Waltner-Toews, a veterinarian, epidemiologist, scientist and author, wrote The Origin of Feces: What Excrement Tells Us About Evolution, Ecology, and a Sustainable Society, as well as other books about the intersection of humans and nature and its relationship to development. He recently outlined 10 ways that the use of such waste could do everything from promoting energy self-sufficiency to improving drinking water.

These concepts are not new in Indian country. Witness the technical assistance grant earlier this year bestowed by the U.S. Department of Energy on the Ho-Chunk Nation of Black River Falls, Wisconsin, to develop a one- to two-megawatt biomass waste-to-energy plant. “The plant could potentially use municipal solid waste, agriculture waste or other biomass resources to offset tribal facility energy costs,” the DOE said in a press release in May. (Related: Ten Tribes Receive Department of Energy Clean-Energy Technical Assistance)

Those dung beetles must be onto something. (Related: Insect Astronomers: Milky Way Guides Dung Beetles to Roll Poop Balls in Straight Line)

1. Energy self-sufficiency could be within our grasp if we would just compost the waste.

“If half the livestock manure in the world were used to produce energy, it could replace about 10 percent of current fossil fuels and save countries billions of dollars,” Waltner-Toews writes. This could be derived from a process that is sort of composting on steroids, which is to say, “produced from manure and other organic materials through a process of decomposition and bacterial fermentation.” The leftover compounds could also be used to make fertilizer.

People could burn manure instead of wood, the author says, which would prevent deforestation.

3. Pull Mother Earth back from her tipping point.

Create methane using anaerobic biodigesters, which would also be used for list item number one, to reign in the amount of the noxious gas that makes it into our atmosphere. “Manure-based anaerobic biodigesters create, contain and use methane as fuel to cook, heat homes and run vehicles.” Bonus: Getting rid of a greenhouse gas that’s 23 times worse than carbon dioxide in terms of the impact on global warming.

The more manure that gets processed out of the methane-polluting mix, the fewer water supplies will be contaminated.

All those doggie fecal flakes lying around get into waterways and food supplies, Waltner-Toews notes. They spread disease and parasites and increase child mortality. “By channeling the poop through digesters and/or composters, we kill most of the pathogenic bacteria and parasites.”

Excrement conveys information to those willing to translate. This can help gauge the health and well-being of wildlife, especially endangered species, and teach us a lot about their habits and lives.

No, this does not entail a group bathroom hangout. But researching ways to use manure as energy could unite farmers, scientists and other industries in partnership.

Although there are some who would appear to be more full of sh•t than others, Waltner-Toews points out that humans produce about 120 pounds of excrement, be they bombastic dictators or just plain old us. “Everybody produces more or less the same amount of excrement, regardless of religion, ideology, sex, sexual orientation or economic status,” Waltner-Toews writes. “If this were acknowledged, quantified and used to produce energy and fertilizer, we could publicly celebrate each person’s contribution to the global economy.”

Now that we understand that all that foul-smelling stuff is actually the stuff of life, we can find ways to integrate excrement production into public life via sustainable urban and rural planning—“and, yes, save the earth for another generation to explore, delight in, and wonder about.”

Read the full David Waltner-Toews on 10 Ways Poop Can Save the World at Bookish.com, a website created by publishers and industry leaders for book lovers. And see the author’s website here. He has written numerous books, all equally inspiring.