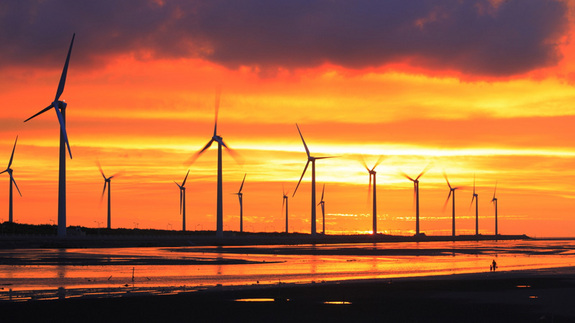 Renewable energy production hit an all-time high in the United States in 2012, according to a recent annual energy report.

A combination of government incentives and technological innovations has helped solar and wind power grow in the United States in recent years, the report suggests. From 2011 to 2012, production increased by 49 percent and wind energy increased by 16 percent, according to a Lawrence Livermore National Laboratory annual energy analysis published earlier this month.

“I attribute the steady growth to technological advancements as well as tax incentives and state mandates for renewable energy,” said A.J. Simon, an energy analyst at LLNL, who wrote the report. “I would expect this to continue for a while.”

Though the trend is notable, wind and solar energy combined still accounted for only about 2 percent of total U.S. electricity consumption in 2012. Denmark and Spain, in comparison, produced an average of about 30 percent of their energy from wind power last year. [Power of the Future: 10 Ways to Run the 21st Century]

Oil and natural gas accounted for the majority of energy consumption in the United States, and will likely continue to dominate given recent investments in hydraulic fracturing, or “fracking,” Simon said. Fracking is the forceful injection of water, sand and chemicals deep into shale rock that releases previously trapped oil and gas deposits.

By opening up reservoirs of cheap and accessible fossil fuels, fracking could slow efforts to expand renewable energy, though this remains uncertain, according to Simon.

Still, those involved in solar and wind energy production in the United States remain confident that these alternative options will continue to grow despite advancements in fracking.

“The turbines are capturing more energy and [the wind industry] is managing to keep costs low,” said Jason Cotrell, the manager of wind turbine technology and innovation with the National Renewable Energy Laboratory.

Recent efforts to improve wind power have focused on making the turbines taller so that they reach stronger air currents higher above the ground. This would allow wind farms to expand to areas that have previously been unsuitable for turbines due to low ground-level wind speeds.

“That would be the potential game-changer, when every state in the U.S. could benefit from wind,” Cotrell said.

Solar power has also benefitted from new innovations, but its recent success stems largely from a global oversupply of photovoltaic cells. The combined effects of the economic downturn in 2008 and overambitious renewable policies around the world resulted in an abundance of panels and a relatively small market, according to Tom Kimbis, vice president of Solar Energy Industries Association.

At this point, Kimbis said, expanding the reach of solar energy depends more on the price of the panels than improving their efficiency.

“The efficiency of the panels is now good,” Kimbis said. “The industry has been working to improve efficiency of solar cells for decades and it’s easy to buy a solar module with a 20 percent or higher efficiency today. That’s not really the issue right now. The issue that people care about is how much will it cost and will it work for them.”

Costs depend largely on government tax incentives, which vary from state to state and from year to year. Cotrell and Kimbis both believe that current work in innovating solar and wind power will continue to reduce baseline prices and increase the prevalence of renewable energy in the United States.