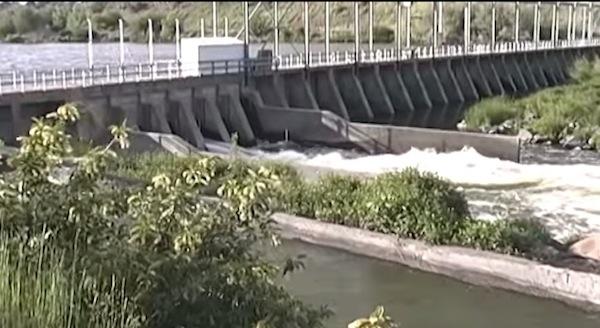 The relief that California tribes experienced when the U.S. Bureau of Reclamation agreed to open water flows into the Trinity River to avert a fish kill may have been short-lived. Fears were revived and water flows have been increased again after the discovery of a deadly parasitic salmon-killing disease in the Lower Klamath River.

A U.S. Fish and Wildlife Service pathologist has found severe ich (ichthyophthirius multifiliis) infestations in fall-run Chinook salmon taken from the Lower Klamath River, the Hoopa Valley Tribe said in a statement on September 15. This is the same disease that killed 60,000 to 80,000 fish in 2002.

“The fear is that all the fish might die in the Lower Klamath like they did in 2002,” said Robert Franklin, senior hydrologist with Hoopa Tribal Fisheries, in the statement.

The disease spreads quickly in overcrowded, warm waters, both conditions that are caused by lower water flows into the rivers, as fish congregate in small, cooler areas. The Hoopa Valley and other tribes had implored Interior Secretary Sally Jewell to agree to release flows and divert them from agricultural use, which the Bureau of Reclamation did at the end of August.

Water flow on the Trinity would have to double immediately to prevent the infection from spreading, Franklin said in the statement, because it would take days for the water to reach the Lower Klamath River.

“The Hoopa Valley Tribe is very appreciative of the earlier action that Reclamation took by releasing preventative flows,” Hoopa Valley Tribal Chairwoman Danielle Vigil-Masten said in the tribe’s statement. “We are in another stage that we did not anticipate and we shouldn’t deviate from what the science tells us to do. We expect that Reclamation will take the right action which is to release the emergency flows that are called for under the criteria.”

The U.S. Department of the Interior agreed, and began releasing the water from Trinity Reservoir on September 16. The Hoopa Valley Tribe warned that water levels along part of the river would rise as high as four feet during the increased flow period, which could last for seven days.

“This is the only possible means of preventing or reducing the severity of a parasite outbreak,” said Bureau of Reclamation Mid-Pacific Regional Director David Murillo in a statement. “We are greatly concerned about the impact today’s decision may have on already depleted storage levels, particularly the cold water pool in Trinity Reservoir. We must, however, take all reasonable measures to prevent a recurrence of the fish losses experienced in 2002.”