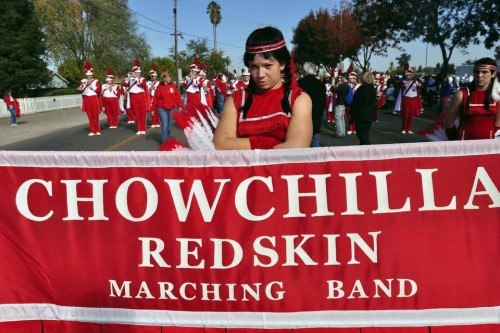 SACRAMENTO >> Native American legislation seemingly opposed by thousands was significantly altered before it was passed by the California Senate on Wednesday.

AB 52, a bill co-authored by Assemblyman Luis Alejo, D-Watsonville, is designed to give Native American tribes more power in the state’s environmental laws, but it galvanized non-federally recognized tribes not included in the bill.

“Although there are still a few sections where we have some reservations, overall, AB 52 in its final draft reflects the two big changes our coalition requested,” said Angela Mooney D’Arcy, executive director of the Sacred Places Institute for Indigenous Peoples.

Alejo spokesman John de los Angeles said the assemblyman passed on concerns some Native Americans had with the bill, especially from his own district, to its main author, Assemblyman Mike Gatto, D-Los Angeles.

Efforts to reach Gatto were unsuccessful.

The bill passed in the Senate 35-0. It must now go back to the Assembly because of the many amendments in the Senate. After that, it can go to Gov. Jerry Brown.

After the changes were announced, signers of the petition on Changes.com expressed delight.

“Congratulations to all the CA tribes,” wrote Carolyn Kualii. “This is a move in the right direction!”

The bill still faces major opposition from business groups because they fear it will result in more CEQA litigation because of claims of tribal heritage at development sites.

The Sacramento Bee editorial board put AB 52 on its “three bills for the governor to kill” list because of classifications of “sacred places” and “cultural resources.”

“The definition is left so open-ended it would add a new layer of anxiety to what is already a horror movie of an environmental review process,” it wrote.

There are 110 federally recognized tribes in California and 78 tribal communities petitioning for recognition, including three in Monterey County, according to the Judicial Council of California.

Louise Miranda Ramirez, tribal chairwoman of the local Ohlone/Costanoan-Esselen Nation, said she was still concerned about some of the language which allows lead agencies in some cases to “consider” mitigation measures (rather than “select,” as it said before.).

Ultimately, she said she was pleased with the changes but questioned why the bill “was so broken in the first place.”