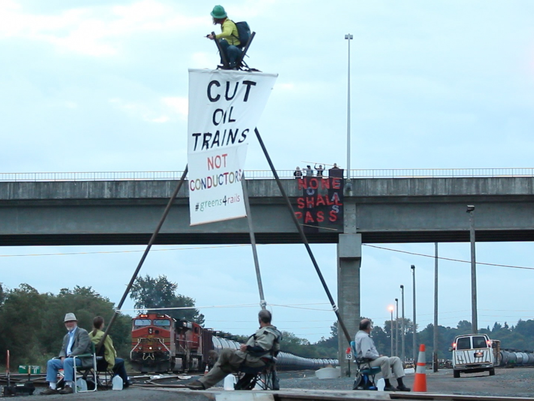 EVERETT, Wash. – About a dozen protesters have blocked railroad tracks at a Burlington Northern Santa Fe yard in Everett.

Railroad spokesman Gus Melonas says some have chained themselves to the tracks. He says the demonstration that started about 6 a.m. Tuesday has blocked freight trains at the yard although the main line remains open.

The demonstration was announced by the group Rising Tide Seattle to protest shipments of oil and coal by train and proposed terminals in the Northwest.