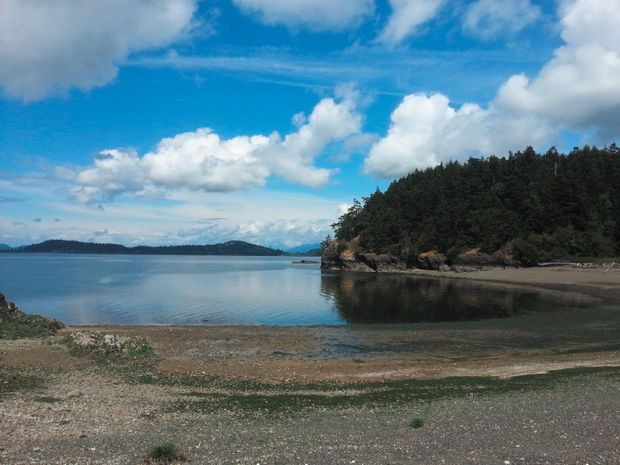 The Kukutali Preserve is the first to be jointly managed by an Indian tribe, the Swinomish Indian Tribal Community, and another agency, in this case Washington State Parks. The preserve is located near La Conner.
Photo: WASHINGTON STATE PARKS

The Kukutali Preserve in Similk Bay near La Conner has opened through a partnership between Washington State Parks and the Swinomish Indian Tribal Community.

The preserve opened to the public during a ceremony June 16.

State and tribal officials said the preserve is believed to be the first park in the United States to be co-owned and co-managed by a tribe and another government, such as a state. Management of the preserve will focus on conservation and research, public education and limited recreational use, according to a State Parks news release.

“It’s a great day to be making history,” Swinomish tribal Chairman Brian Cladoosby said during his keynote address at the opening ceremony.

“It’s going to be great for visitors to witness and see the beauty that we’ve seen here forever,” Cladoosby said in the release. “This wouldn’t have been possible without a lot of people coming together to make sure this dream became a reality.”

Numerous endangered or threatened species make their home in the preserve’s diverse habitats, which include old-growth trees.

Among the preserve’s unique features is a rare type of environment called a “rocky bald,” according to State Park officials. Found on Flagstaff Point, west of Kiket Island, this area has fragile, thin soil that hosts a unique community of native plants and nesting waterfowl. To protect that ecosystem, access to Flagstaff Point is prohibited.

Right now, there are 2 miles of walking trails with plans to add an ADA-accessible boardwalk, another trail and amenities such as a picnic shelter, picnic sites, interpretive information and two vault restrooms, according to the release.

The preserve is open daily for day use only, from dawn to dusk. Vehicles will be limited to the parking lot, and the remainder of the site is accessible only by foot. The parking lot is at the northwest corner of Snee-Oosh and Kiket Island roads, west of La Conner. A Discover Pass is required to park at the preserve

State Parks, with the help of the Trust for Public Land, acquired the upland portion of the property in June 2010 after it had been owned privately for almost 100 years.

More information and background on the Kukutali Preserve management and master plan available at parks.wa.gov/299/Kukutali-Preserve.