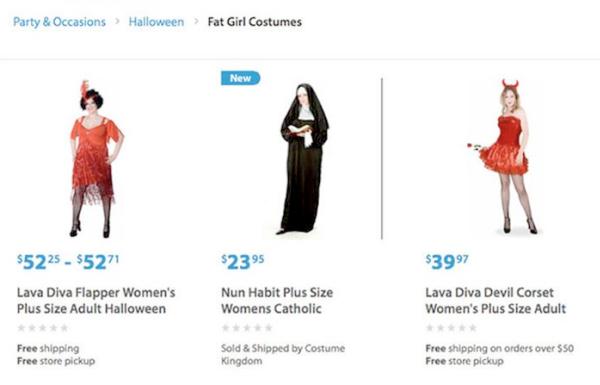 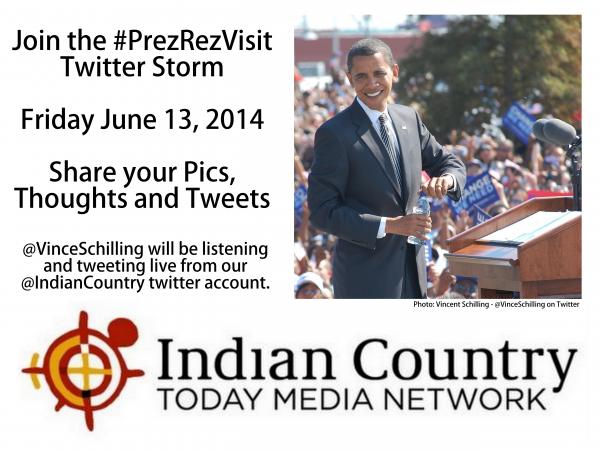 On Friday the 13th, President Barack Obama will be visiting tribal Leaders and other tribal members during his visit to the Standing Rock Sioux Indian Reservation. In light of this historic day, we know that you in Indian country will be there in person or spirit.

We want to hear from you tomorrow on Twitter.

So, if you want to join us or tweet to us, correspondent @VinceSchilling will be listening and tweeting live from our @IndianCountry twitter account. All day long, we are asking for your comments, pictures, thoughts and tweets.

We will be tweeting using the #PrezRezVisit hashtag.

So whether you are on site in North Dakota, watching coverage in Alaska or Florida or blogging from San Francisco, ICTMN wants to hear your thoughts and see your pictures from the day. We will be retweeting you and might include among the day’s best tweets in our follow up article.

Remember, use the #PrezRezVisit hashtag.

It’s Friday, a day also known in Twitterland as FollowFriday, when many faithful Tweeters take a moment to give a shoutout to the accounts they think others should follow. We hang out on Twitter quite a bit as @indiancountry (and there’s @ICTMN_Arts as well, kind of a kid-brother feed) and we could go on and on about all the great people Tweeting news, views, humor and miscellanea relevant to Native readers. But on this occasion we’ll keep it to 15 — here are our must-reads and must-follows:

Indian country’s master Tweeter, Sherman Alexie has a ratio of original tweets to retweets-of-others that is off the charts — this is some real talk from a guy who has something to say every day and it’s often provocative. The fact that he’s a phenomenal, award-winning author helps. You know — the words thing.

Just your average award-winning journalist who’s also an award-winning hip-hop artist. He hosted 8th Fire on CBC and has a degree in economics.

RECENT TWEET: “I am going for a long run now. I hope when I come back Canada will be a country which respects Anishinaabe people. A long run indeed”

Lawyer, author, filmmaker, father, and the mad genius behind ICTMN’s Thing About Skins — Gyasi tweets a mixture of Native calls to action, political insight, banter with his influential friends in Indian country, and fond memories of growing up rez.

RECENT TWEET: “Our communities used to raise kids and shame parents that didn’t contribute to that uprbinging. Now we pretend we don’t see it.”

Toronto-based Lisa Charleyboy is the jet-setting maven of Native style, cool and entertainment. If it’s hip, hot, and Canadian-indigenous, she’s on it, and she never stops working. She’s the Native… Oprah-Gwyneth Paltrow-Martha Stewart? Something like that. Arch-enemy: Gluten.

Corntassel, a college professor, follows the news and sends out important links with thoughtful commentary. A walking and talking — and tweeting — cheat sheet.

RECENT TWEET: “Decolonization starts w realization: your vision for the future is radically different from those encroaching on your homelands”

She calls herself “a casting director for film, television, dance + print w/focus on American Indian talent only,” — her tweets keep you posted on current events in the entertainment industry, and much more. You get a little bit of everything with Michelle — which is the whole point of Twitter.

RECENT TWEET: “Seriously? The news is reporting on the outrage over Suri Cruise wearing heeled shoes. Why is this news?”

Idle No More… you have heard of this, right? Tweets are a mixture of news links and networking — if you’re doing something Idle-No-More-ish in your community, the women behind this feed want to know about it and help spread the word.

RECENT TWEET: “If there are ACTIONS or events in your area related to: Indigenous issues, Environmental protection, Nation2Nation (treaty) etc. let us know”

Abiyomi Kofi tweets a smorgasbord of news and views on racism, colonialism, and injustice from his Afro-Indigenous perspective. These tweets serve as a reminder that the cause of indigenous rights and racial equality is a global effort.

RECENT TWEET: (sparring with another Tweeter) “Again, you assume that ‘truth’ is of European origin. That is cultural arrogance in spades. Europe is not the world.”

Straight-up news feed of stories of interest to Natives and indigenous peoples everywhere.

RECENT TWEET: “Mummified Maori head to be returned to NZ”

The Native Appropriations blogger is always on the lookout for cultural wrongdoing in the public square. High-minded criticism you don’t need a Ph.D. to understand.

RECENT TWEET: “I’m trying to write a post that combines 200 million things I’ve been thinking about lately and it’s already not working. Trimming back.”

Douglas Miles is a gifted artist, and you’ll get a lot of that from his Tweets (which link to his Instagram and Tumblr blog) — but you’ll also get plenty of tough talk on issues of art, culture, and society. Everyone is fair game — if you’re Native and you’re doing it wrong, he’ll let you know.

RECENT TWEET: “Since when did Natives resort to using ‘authentic’ as some stamp of approval, are we sides of beef?”

The voice of Turtle Island’s EDM heroes A Tribe Called Red doesn’t suffer fools — bring your half-baked ideas about race and culture onto his timeline and he will nail you for it. Repeatedly. You can practically hear him giggling as he demolishes ingrained bigotry and false equivalencies.

RECENT TWEET: “You’re right. Having to argue what’s important to your culture from someone NOT of the culture is a DUMB battle.”

Tirelessly fighting against the Washington NFL team’s racist name — an operation that may have begun as an effort to sell a few parody t-shirts is now the Twitter standard-bearer of a grassroots movement that is a topic of national debate.

RECENT TWEET: “can’t wait to see who’s the next high-profile personality to speak up against the Redskins racist name, quite an impressive list so far”

Actually, since Ryan dove head-first into Idle No More, he’s not only about the funny-haha. But there’s still plenty of funny-haha. Plus he used his feed to publish “Pow Wow Shades of Gray,” a novella, delivered in installments, about people fooling around at pow wows. Delivered in tiny, tiny installments.

RECENT TWEET: “I smell like camp fire, hot dog water & bug spray. And, no, Cree women, that’s not a pickup line. I just got home from camp.”

Part indigenous woman, part robot, part golden Barbie doll — we are not quite sure we understand what Robohontas is or wants to be, but she tweets good links and daily wise quotes from her blog. And we hope there is a Robohontas movie someday, with lots of action and ass-kicking. And we hope it is not produced by Jerry Bruckheimer.