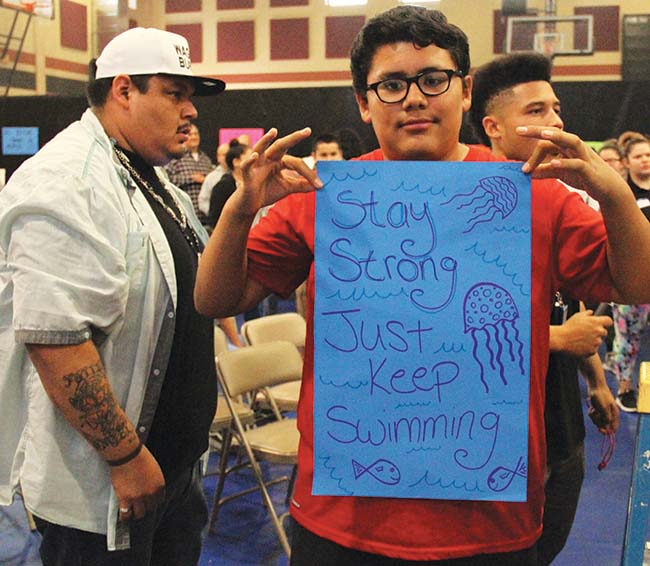 Unity Month, held in October, was designed by the Marysville School District and the Tulalip Tribes to unite the youth of the community to heal together and raise awareness to topics such as domestic violence, substance abuse, and suicide. During Unity Month many events are held such as Friday Night Lights, a fieldtrip to the corn maze, and perhaps most importantly the Young Active Native Americans (YANA) Conference hosted by Tulalip Youth Council.

Focusing on healing and love, the October 18 conference included raffles, activities, and one insanely fun icebreaker where the youth played an adaptation of musical chairs.  Instead of chairs, they were assigned a random partner, and instead of sitting they had to find each other amongst the crowd within five seconds and touch each other (example: elbow to elbow or knee to forehead).

Native American activists Chad Charlie, Calina Lawrence, LoVina Louie, Mylo Smith, and Deborah Parker were in attendance to teach workshops and talk to the youth about leadership, self-care, suicide prevention, healthy relationships, and growing up on the reservation.

Tulalip tribal member Deborah Parker spoke to the youth about domestic violence, sexual abuse and how to have thriving healthy relationships as a survivor. 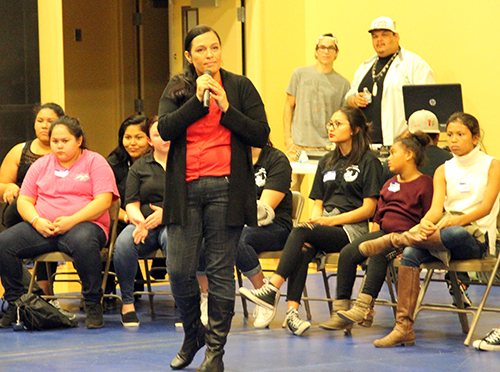 She states, “When you’re young, having good positive self-esteem is difficult especially if you’re a survivor of sexual abuse. I think in this generation we’re finally now openly talking about both sexual abuse and domestic violence. We’re now talking about the importance of having a healthy relationship not only with yourself but with others as well.”

“I’m no longer ashamed to say I’m a victim of child sexual assault. I was embarrassed until I was 24 years old. Not often are the perpetrators unknown to us. Sometimes it’s going to be someone you love and trust like family. It’s could be a cousin, uncle, grandfather, and yes sometimes it’s even aunties. Do not be ashamed if it’s happened to you. That’s how we are going to break the silence and stop this. We’re going to speak the truth. Victims should not be shamed or blamed. We are going to raise our voices and raise awareness so the perpetrators who hurt us, won’t hurt others. We need love. That’s the foundation we need, and it begins by loving yourself. Self-love is so important. Believe in what you have, only you know what it is, and take care of it. And please take care of your spirit.”

Deborah’s speech prompted two tribal members, a youth and an elder, to share their stories.

Velda Gobin, Tulalip Education Manager and Tulalip Elder drew from her past experiences with abuse.

“[Sexual abuse and domestic violence] hasn’t changed since my generation. Its still happening and the same type of people are still doing it. When I was young I grew up in a dysfunctional family, there was a lot of drinking. My stepfather was violent and used to beat my mom all the time. I was the oldest so I had to hide my brothers and sisters.”

Velda went on to explain that although her stepfather physically abused her she was never sexually abused. She continued, “but I was molested by a cousin, a girl. It’s people you love and trust who usually do this. If it’s happened to you, I hope you speak to somebody because you shouldn’t have to go through this alone.”

Young Tulalip tribal member, Perfecto Diaz, had to express his thoughts and feelings to his peers. Deborah’s words sparked something inside him that made him take the microphone and address what he believes is a division between the adults and youth.

Perfecto stated, “I’ve been having a tough life so far. I know you guys talk a lot about love, but when you come around I don’t feel it. We don’t see it. I want to be a role model to these kids. I write music and poetry in my free time. I have things to say. I am a survivor and I’m still going through the struggle every single day. I went through beda?chelh and the system. I am angry but we need a positive role model, so that’s what I am going to be. There’s wicked people out there. They’re not playing games. I pray for every kid here going through the struggle because I’m out here grinding every day, going through it with you.”

Perfecto’s words resonated throughout the rest of the conference. Each speaker congratulated and thanked him for speaking his mind, including Comedian/Activist Chad Charlie. 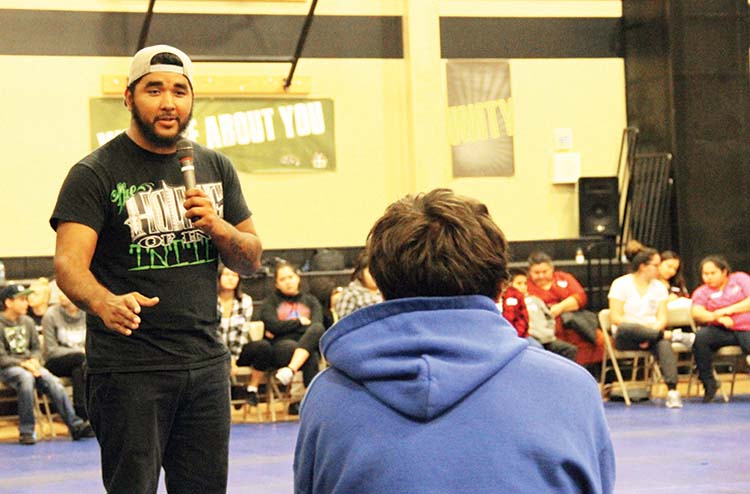 Chad stated, “I want to say I have a lot of respect for [Perfecto], he spoke his truth. We need more young people to stand up and utilize their voice and speak on the reality of our world as Indigenous People.”

Chad has spent the last two months in North Dakota protesting alongside the Standing Rock Sioux against the Dakota Access Pipeline. He talked about finding his path in life. Over the past five years Chad has been making a name for himself as a stand-up comedian. He states because of the name he built for himself, he was able to use his voice to reach a larger audience regarding this much bigger issue. Chad spoke to the conference attendees about suicide prevention. 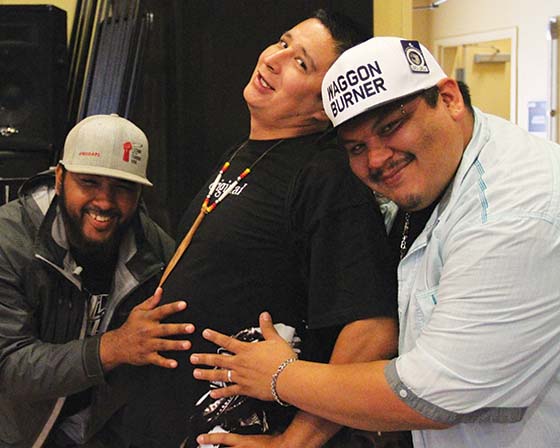 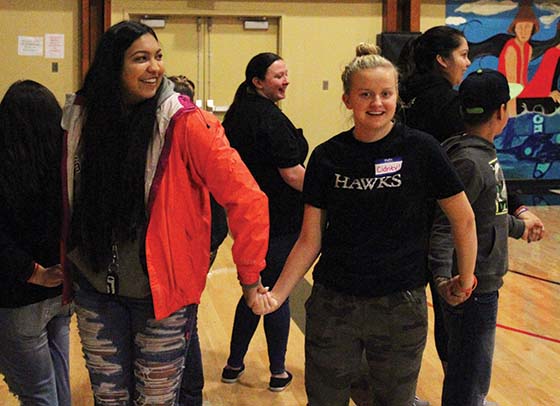 “I want to remind every single person that you all have a purpose. Regardless of how small or large those purposes are; they all mean something. It could be cooking, singing, writing poetry, making people laugh. Those purposes can change the world,” expressed Chad.

LoVina Louie, Native American Activist, gathered everybody and faced them towards a handmade sign that read We Choose Love. She then called Perfecto to the front of the crowd and had everybody place a hand on each other’s shoulder. “Perfecto said he heard a lot of talk about love but doesn’t feel it. I want to make sure that he and everybody in this room know they are loved.” LoVina then led the group in prayer, asking for a cleansing throughout the Tulalip community.

Tears were shed but there was no shortage of laughter. Serious topics were discussed and entertaining games were played. Both hugs and prizes were handed out. As the first annual YANA Conference came to an end, the youth of Tulalip began the healing process together.