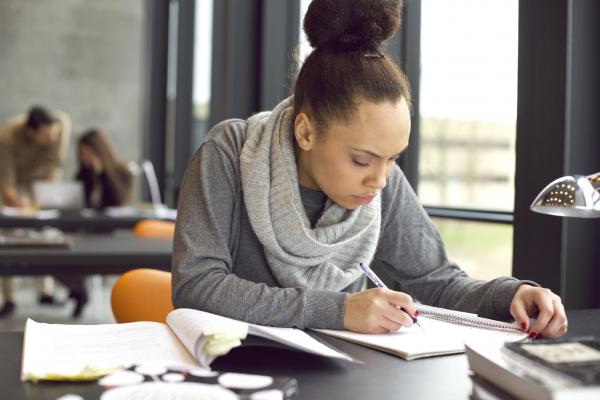 iStock
Interior transferred $5M to the Scholarship Fund for American Indian/Alaska Native students authorized by the Cobell settlement. So where are they?

The U.S. Interior Department has transferred $5 million to the Scholarship Fund for American Indian/Alaska Native students authorized by the Cobell settlement.

So where are all the scholarships?

Turk Cobell and Alex Pearl, members of the Board of Trustees for the Cobell Education Scholarship Fund, spoke with ICTMN about the status of the scholarship program recently.

Some of the $5 million will go directly to scholarships and some will be held back, Pearl said. “This is meant to be a perpetual fund so that Indian students can be going to college and receiving Cobell Scholarship Funds well after we’re long gone. It operates like any other Scholarship Funds where you restrict a portion of it so that the fund can continue for years and years and years.”

How much money will be available immediately for scholarships is something the American Indian Graduate Center and the trustees are still talking about, Pearl said.

One thing is certain: the scholarships will go only to AI/AN students. Pearl said, “That is set by statute; the settlement requires that the scholarship funds be used for American Indian/Alaska Native students.”

The American Indian Graduate Center is the “recipient organization” for the Scholarship Fund. Its duties include establishing the eligibility criteria for the scholarships as well as managing and administering the fund. A few months ago, the American Indian College Fund was selected to be the recipient organization, with the AIGC getting 20 percent of the funds to support graduate students, but that arrangement has been changed. Now the AIGC will administer the funds for both undergraduate and graduate students. Scholarships will also be available for certificate programs and vocational training.

A five-member Board of Trustees will oversee the fund and report on the AIGC’s work. Two of the board’s members were selected by Interior Secretary Sally Jewell and two by the lead plaintiffs in the Cobellsuit.

The plaintiffs selected Turk Cobell, Blackfeet, Elouise Cobell’s son and founder and president of Native Hospitality Advisors, and Alex Pearl, Chickasaw, an assistant professor of law and associate director of the Center for Water Law and Policy at Texas Tech University School of Law. The AIGC will select the fifth member of the board.
The $3.4-billion Cobellsettlement, signed by President Barack Obama in 2010, ended the 16-year lawsuit brought by Elouise Cobell, Blackfeet, against the U.S. government for mismanaging trust funds for AI/AN landowners.

As part of the settlement, copy.9 billion was set aside for the Lands Buy-Back Program for Indian Nations. Under the program, the federal government is buying back fractionated land interests from individual owners and putting them in the hands of tribal governments.

Contributions to the Scholarship Fund, which is intended to be an incentive for landowners to sell, are based on the payments made for fractionated land interests, according to a formula specified in the Cobellsettlement. If the amount of the land purchase is less than $200, copy0 will be paid to the holding fund; if it is between $200 and $500, the payment is $25, and if it is more than $500, five percent of the purchase price goes to the fund.

How much money will eventually end up in the scholarship fund is not yet known. “It depends on the type of sales that occur through the Land Buy-Back program and we won’t know how much that’s going to be until 10 years have passed since the settlement agreement,” Pearl said. The maximum amount that could go into the fund from the program is $60 million.

In addition, “the principal amount of any class member funds in an Individual Indian Money (IIM) account for which the whereabouts are unknown and left unclaimed for five years,” and “any leftover funds from the administration of the Settlement (after all payments under the Settlement are made)” could boost the fund later, according to the Department of Interior.

The AIGC and the board of trustees are focused on getting scholarships into the hands of students as quickly as possible. P. “Sam” Deloria, Standing Rock Sioux Tribe, is director of the AIGC. He said in an email: “At the moment, it is safe to say that we expect to be funding Cobell Scholarships for this fall.”

Pearl said: “We are really excited to start distributing some funds as quickly as is feasible and we’re excited about the potential for Native students to succeed in undergraduate and graduate programs.”