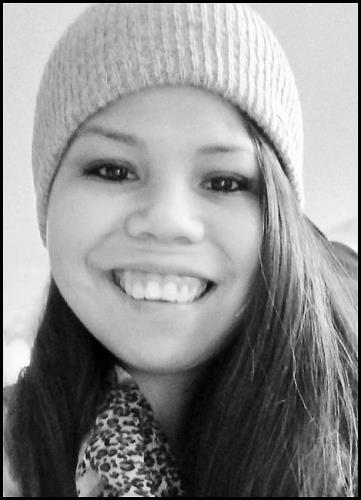 Jennifer Violet “Jen-Jen” Fryberg, 24, of Tulalip, WA, went to be with the love of her life, Tyler Edwards, while being surrounded by her family. She was born September 16, 1992, in Everett, WA to Dean “Diz” Fryberg Jr. and Kathryn Cavender. During high school she was an honor student and during her senior year she choose to join her spiritual life of Seion in Swinomish and followed through and received her GED. She went to college at Northwest Indian College where she studied the Lashootseed language. She enjoyed debating with her college professors. She followed in her father’s footsteps, and at the age of eight fell in love the life of Seion and entered into a huge family in Swinomish with Chester and Polly Cayou as her special parents. Her childhood soul sisters who loved to laugh with her were Shylee Burke, Christina Williams, Dawn Spencer, Alanna Williams, Desiree Dumont and Rilla Jones, and special godson, Francis “Bub” Hatch. She is survived by her parents, Dean “Diz” Fryberg Jr. And Kathryn Cavender; siblings, David (June) Caven-dar, Michael Thompson, Joshua (Danielle) Fryberg, Ashley Harrison, J.D. Fryberg, Danika (Aurelia Keo) Hatch-Aguilar, Deanne Fryberg, Trevor (Cassandra Jimicum) Fryberg, Rocky (Stephanie) Harrison, Tabatha Fagundas, and Nate Hatch; numerous aunts, uncles, nieces and nephews. Visitation will be held Thursday, March 16, 2017, at 1:00 p.m. at Schaefer-Shipman with an Interfaith Service to follow at 6:00 p.m. at the Tulalip Gym. Funeral Services will be held Friday at 10:00 a.m. at the Tulalip Gym with burial to follow at Mission Beach.