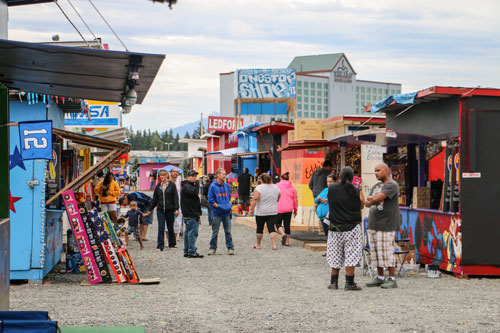 TULALIP – “It is a demand. There are people that want to buy fireworks and they know where to go to buy them. It’s why we are here, because of those return customers,” says Pink Cadillac stand owner and Tulalip tribal member, Dan Pablo Sr., about the annual firework-selling event in Tulalip known as Boom City.

Boom City, a malaise of 8×16 foot, cleverly decorated wooden stands displaying thousands of pyrotechnic merchandise, is in its 35th year of operation. The 126 stands owners will have a little over two weeks to sell thousands of fireworks and make a profit that can range from $2,000 to $30,000.

To organize this massive event and keep stand owners and the hundreds of thousands who come to purchase fireworks each year safe, is a group of people called the Boom City Committee. The committee, consisting of five people, is responsible for site security, sanitation, and making sure Boom City policies are followed.

To ensure safety at Boom City, security personal are on-site throughout the selling season and enforce rules for stand owners and customers, such as no smoking near the stands, only lighting off fireworks in the designated discharging area, and safety in general. Tulalip Police Department also maintains an active presence at Boom City with a K9 unit, in addition to foot patrol units, who patrol to discourage illegal activity.

Committee chairman, Dan Pablo Sr., says planning for the event takes months, and that includes collecting of permit and insurance fees from stand owners before holding a drawing for stand lot numbers. After merchandise stocking and set up is finalized, Pablo says stand owners wait for the “rush,” what he calls the four days before the 4th of July. 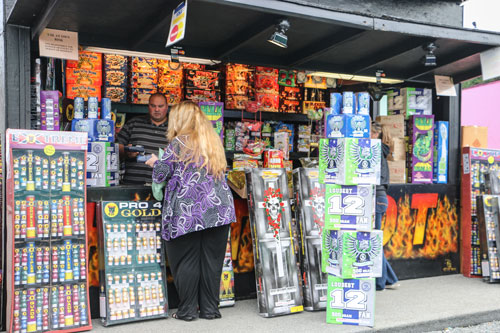 For 35 years, millions of customers have visited and purchased fireworks for their 4th of July celebrations, at what has been described as the single largest place to buy fireworks in the Pacific Northwest and a place unlike any other. But what makes Boom City so successful?

Pablo contributes its success to the fact that customers can purchase fireworks that are illegal in Washington state, such as firecrackers, bottle rockets, missiles and sky rockets.  Stand owners, who must be Tulalip tribal members 18 and over or spouses of Tulalip members to operate a stand, are legally able to sell these types of federal fireworks specifically due to the location of Boom City. Tulalip Reservation and it’s tribal citizens while they are on the Reservation, are subject to Tulalip and Federal firework laws, not State law, making the sale of fireworks exempt from state law, and it possible to possess and discharge them on tribal lands.

“I have seen prices in town that are lower than here, but our fireworks have more to them than what you can get in town, which is why they come here,” said Pablo, who also says the annual firework season presents a tremendous business opportunity to tribal members.

“It is a lot of work to do this. I look forward to it, and the extra money is a big draw. It is an opportunity to make extra money that you normally wouldn’t be able 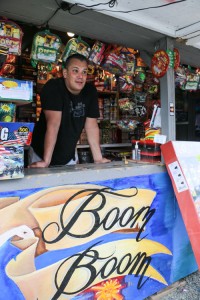 to, but you have to have some salesmanship skills. You have to know what you have is the big thing,” said Pablo about being a successful stand owner.

It is not only stand owners who stand to make a profit at Boom City this year, but also Tulalip youth, 16 and over. Youth are hired during the firework season to help stock stands, run errands, and help draw in customers. Food vendors also hire youth to take and deliver food orders.

While stand owners are open two weeks before the 4th, it’s the few days before that they make most their profits.

“Selling is non-stop towards the end. There is no slow time. It is constant. It is a lot of work, and sometimes you don’t get lunch until 4:30 in the afternoon. It is that busy. But it is a lot of fun,” said Pablo.

Boom City will close on July 4, and is open daily from 6 a.m. to midnight. For more information regarding Boom City, please contact 360-716-4204. Or you can check out Boom City on Facebook. 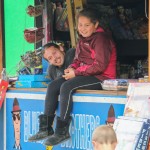 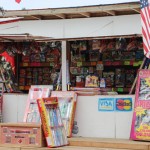 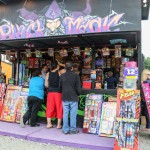 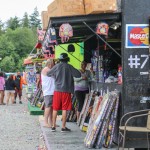 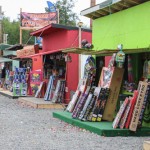 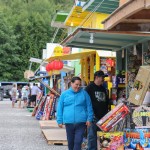 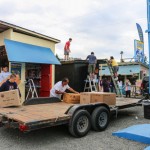 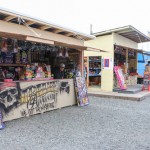 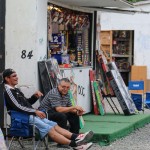 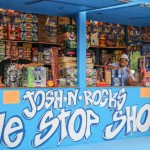 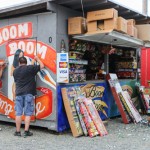 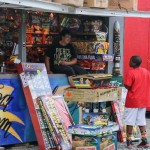 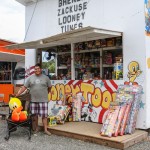 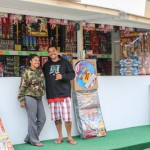 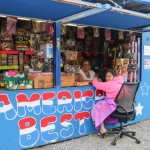 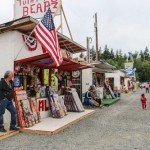 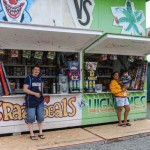 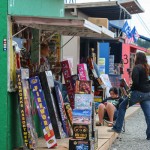 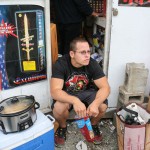 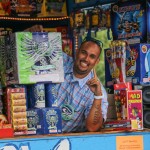 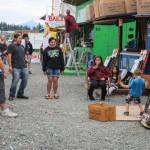 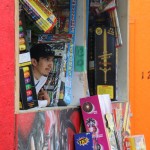