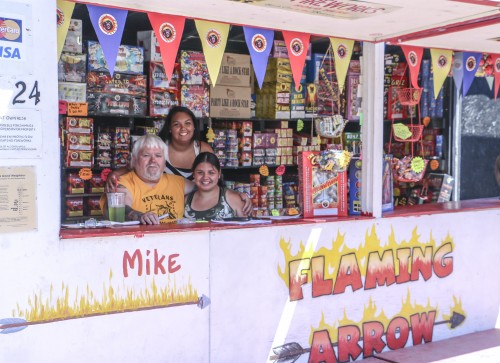 TULALIP- Fireworks stands and distributors have taken up temporary residence in the lot behind the Tulalip Resort Casino, which means that fireworks season is upon us and Boom City  is officially open for business.

This season boasts 139 fireworks stands, 11 concession stands and 3 arts and crafts vendors. That is 12 more firework stands than last year.

Despite the recent debate on a firework ban in neighboring Marysville, stand owners expect a bountiful season. Many stand owners are fully stocked and ready to barter prices on the first day. 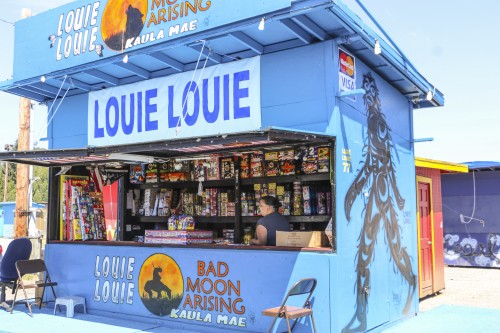 In Marysville residents are limited to discharging legal fireworks on July 4 from 9 a.m. to 11 p.m. only. 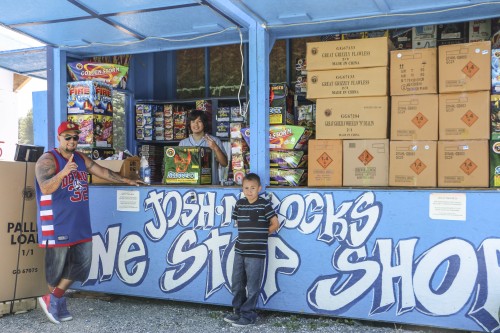 Josh Fryberg who co-owns the ‘Josh-n-Rocks One Stop Shop with Rocky Harrison hasn’t missed a season since he started as a youth.
Photo/ Tulalip News, Brandi N. Montreuil

Safety is top priority for the Boom City Committee which is responsible for the organization and compliance of stand owners. To ensure safety of stand owners and visitors, security personal are on-site throughout the selling season. Tulalip Police Department also maintains an active presence with K9 units and foot patrols to discourage illegal activity.

Boom City will close late evening on July 4. Hours of operation are 6 a.m. to midnight. The lighting area is open all hours of operation except when a memorial show  or demo show is scheduled. 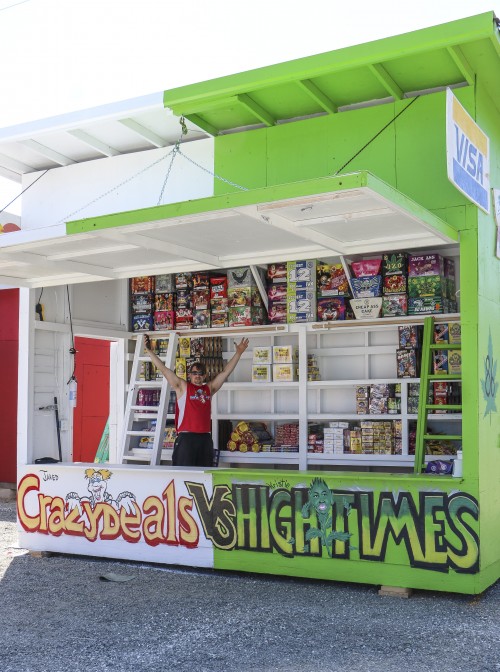 Jared Parks co-owner of ‘Crazy Deals vs High Times’ plans to amp up his fireworks season by including technology to market his products.
Photo/ Tulalip News, Brandi N. Montreuil