PORT ORCHARD, Wash. (AP) – The parents of a slain 6-year-old Washington girl have asked for a full trial as they attempt to regain custody of three other children.

James and Denise Wright of the Bremerton area appeared Monday in Kitsap County Family Court. Also participating in the hearing was a lawyer from the Nooksack Tribe. Denise Wright is a member of the tribe and has asked Nooksack officials to help represent her family.

Court Commissioner Thurman Lowans set an Oct. 14 trial date on the custody question regarding the Wrights’ two boys, ages 8 and 16, and a 12-year-old girl. The children are currently with their maternal grandparents.

The body of the couple’s daughter Jenise was found Aug. 7 in woods near her home. A 17-year-old neighbor of the little girl has been arrested for investigation of first-degree murder and rape.

The other children were taken into protective custody Aug. 4, a day after the Wrights reported Jenise missing. Officials have not said why. James Wright says he can’t talk about the reasons yet. 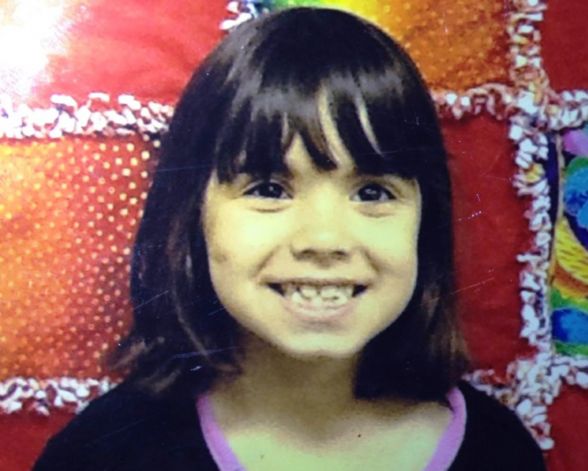 This undated photo provided by the Kitsap County Sheriff’s Office shows Jenise Paulette Wright. Kitsap County sheriff’s deputies are searching for Jenise, 6, who is missing and was last seen Saturday night, Aug. 2, 2014, at her home in east Bremerton, Wash. Jenise is 3 feet tall, weighs 45 pounds and has black hair. She’ll be a first-grader this coming school year. Photo: Uncredited, AP

BREMERTON, Wash. (AP) — Searchers worked through the night, looking for a 6-year-old girl who disappeared from her Bremerton home.

She was last seen Saturday night but not reported missing until Sunday night.

A spokesman for the sheriff’s office, Deputy Scott Wilson, says the circumstances are suspicious.

The parents have agreed to take lie detector tests to help with the investigation.

On Monday, state child welfare workers removed two other children from the home, an 8-year-old boy and 12-year-old girl.