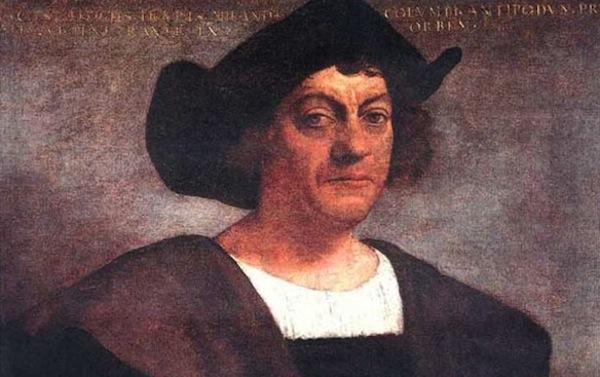 The City of Seattle is soon expected to abolish Columbus Day and make the second Monday in October Indigenous Peoples’ Day.

Jeff Reading, communications director for Seattle Mayor Ed Murray, said the City Council’s vote on the change is timed so Murray can sign the resolution on October 13. Reading said there will be cultural celebration at the signing, and indigenous leaders will be invited to speak.

“On behalf of all our indigenous and non-indigenous ancestors who established the United States of America, it’s a true blessing and about time that all citizens of [the] USA and the City of Seattle support the changing of Columbus Day to Indigenous Peoples Day,” Sheldon said.

“Columbus fed newborn babies to his dogs. He cut off the hands of the indigenous people if they refused to be his slave[s] … [He] started a sex trade of 10- to 12-year-old girls for men of privilege to rape.”

She added, “The notion that these Indigenous Peoples had no rights under the Spanish king and their religion, so these acts of terror were acceptable, is completely un-American. We would never support such a villain today. This is the first step in correcting the true history of the United States and recognizing the serious wrongs that were done to a beautiful and loving people, the indigenous people of the [Caribbean].”

RELATED: 8 Myths and Atrocities About Christopher Columbus and Columbus Day

Matt Remle, a Hunkpapa Lakota educator and writer, lobbied the Seattle City Council to abolish Columbus Day and establish Indigenous Peoples’ Day, winning the co-sponsorship of council members Bruce Harrell and Kshama Sawant. The council was expected to approve the resolution at its September 2 meeting, but held off because the mayor is required to sign resolutions within 10 days of approval and Murray wants to sign it on October 13.

Remle said the resolution is supported and/or endorsed by 12 organizations and government agencies, including the Affiliated Tribes of Northwest Indians, the Seattle Human Rights Commission, the Northwest Indian Bar Association, the Swinomish Tribe, the Tulalip Tribes, and the United Indians of All Tribes Foundation.

When signed, Seattle will be one of a growing number of local and state governments to recognize Indigenous Peoples’ Day instead of Columbus Day. Others include the California cities of Berkeley, Santa Cruz, and Sebastopol; Minneapolis, Minnesota; Dane County, Wisconsin; and the states of Alaska, Hawaii, Oregon, and South Dakota. Iowa, Nevada and Oklahoma do not observe Columbus Day; most indigenous nations in Oklahoma observe Native American Day instead of Columbus Day.

Remle first tried to get the Seattle City Council to adopt Indigenous Peoples’ Day in 2010 or 2011. “The City Council at that time was unresponsive,” he said. His efforts attracted the attention of Margarita Lopez Prentice, who represented parts of Seattle and five neighboring cities in the state Senate. She tried to get a similar measure approved on the state level—at her urging, Remle got a draft resolution endorsed by the Affiliated Tribes of Northwest Indians—but she couldn’t get enough votes for approval in the legislature.

Remle said the effort was re-sparked in April this year when the Minneapolis City Council approved a resolution abolishing Columbus Day and establishing Indigenous Peoples’ Day “to better reflect the experiences of American Indian people and uplift our country’s Indigenous roots, history, and contributions.”

“Part of what we’re pushing for is we want a true and accurate history of [Indigenous Peoples] taught in our schools,” said Remle, the Native American liaison in the Marysville School District near Tulalip.

His daughter attends Chief Sealth High School in Seattle, named for the 19th century leader of the Duwamish and Suquamish peoples and first signer of the 1855 Treaty of Point Elliott, which made a large chunk of western Washington available for non-Native settlement.

And yet, “there’s zero mention” in the school’s curriculum of the indigenous history of the region, Remle said. According to the school’s course catalog, a course in U.S. history gives “special attention … to the impact of western expansion on Native American cultures and patterns of migration in the late 1800s.” A History of the Americas course “investigates major themes in portions of the history of North America, the Caribbean, and South America such as independence movements, leadership, and domestic policy in the first year.” A World History course begins with a look “at the global convergence that begins around 1450 and is symbolized by the journey of Christopher Columbus.”

For more than a century, Native Americans have attended schools where the common curriculum repeats “myriad myths and historical lies that have been used through the ages to dehumanize Indians, justifying the theft of our lands, the attempted destruction of our nations and the genocide against our people,” as stated in a 1991 American Indian Movement position statement about Columbus Day. Such teachings have done little to close the achievement gap among Native American students, eliminate stereotypes, and build multicultural awareness.

On the other hand, Remle has seen positive results from the accurate presentation of indigenous history and cultures—cultures that are thriving.

In the district where he works, which is attended by students from the Tulalip Tribes, the on-time graduation rate for Native American students 10 years ago was 35 percent. Since the Marysville School District chose to teach curriculum developed as part of House Bill 1495, that rate is now in the upper 80s and 90s, Remle said.

Another area school is seeing similar success. Chief Kitsap Academy, which is operated by the Suquamish Tribe under a government-to-government agreement with the North Kitsap School District, was one of four district schools or programs—out of 15—to meet math and reading achievement levels required by the No Child Left Behind Act.

And from 1993-96, all students at Seattle’s American Indian Heritage Early College High School graduated and went on to college. Enrollment declined in the ensuing years after the school district merged it with another program, funding was reduced and the district made plans to demolish the school and build a new middle school campus in its place. Plans to demolish the school were rolled back after the city declared it a historical landmark. Advocates are now working on revitalizing the Indian Heritage School program.

View the City of Seattle’s resolution on the city’s website.