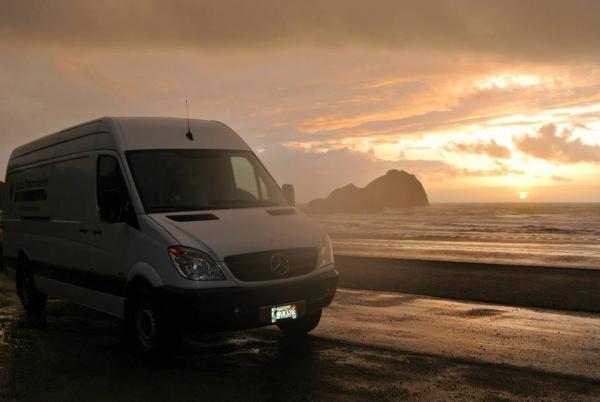 The Oneida Indian Nation and the National Congress of American Indians (NCAI), which lead the national Change the Mascot campaign, responded today to reports that the blogger hired just two weeks ago to defend the Washington NFL team’s use of a racial slur is resigning.*

“The growing opposition to the team’s name is about far more than any one person—it is a civil rights and human rights issue and it is time for the team and the NFL to stand on the right side of history and change the mascot.

“In trying to continue profiting off of a racial slur, Washington team officials have attempted to assemble a political attack machine, but that has only underscored their insensitivity. Dan Snyder selected a person who financially harmed Native Americans to run a foundation to defend his team’s name.** Then Snyder hired a blogger to defend the name, even though that person previously publicly insulted Native Americans and also references the team’s name in a list of racial slurs.*** The fundamental lesson in each of those humiliating episodes should be obvious: there is simply no way to justify promoting, marketing and profiting off of a dictionary-defined racial slur.

“The only tenable solution for the team is to recognize that the R-word racial epithet is deeply offensive to Native Americans, to quit pretending that this word somehow honors them, and to stop using this slur. If Dan Snyder wants to stop embarrassing himself, his team, its fan base and the NFL, then he should approach the issue of the name from an honest and genuine standpoint.” 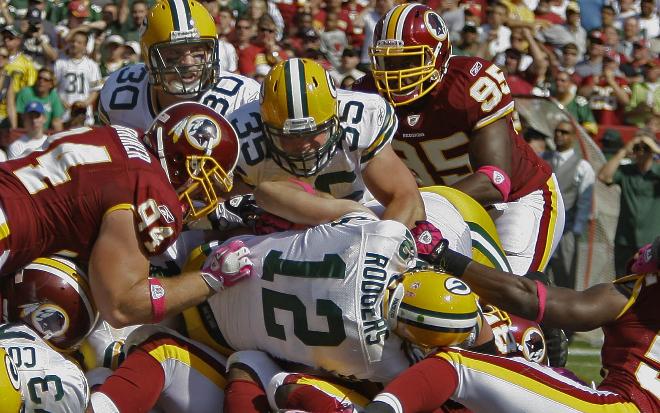 When the Green Bay Packers take the field at Lambeau on Sunday for their home opener, they won’t be the only ones taking aim at the Washington Redskins.

Packers fans walking in to Lambeau Field through the Oneida Nation Gate will see Oneida members and others protesting the use of the Redskins logo and mascot, which they say is offensive to Native Americans.

“The warrior image is not the image we want to be portrayed,” said Brandon Stevens, an Oneida Nation elected official. “We’ve moved past the time of Western encroachment and how the West was won, and that’s where all the images are taken from — when we were a valiant enemy.”

Members of the Wisconsin Indian Education Association’s Mascot and Logo Task Force are expected to gather outside Lambeau Field before the noon game holding signs protesting the Washington Redskins’ choice of mascot. The group also has scheduled a seminar on the topic on Friday at the University of Wisconsin-Green Bay.

The Packers declined to comment on the mascot issue. The protesters contacted the team to ask permission to hold signs outside the stadium, and the Packers will set up an area where they’ll be allowed to protest.

“We respect that reasonable people may have differing views,” National Football League spokesman Brian McCarthy said Tuesday in an email. “The name from its origin was always intended to be positive and has always been used by the team in a highly respectful manner.”

A Washington Redskins spokesman did not immediately return a message seeking comment.

It’s not just the Oneida Nation in Green Bay pressing the Redskins to change their mascot. The Oneida tribe in upstate New York already has publicly called on the NFL team to get rid of the name.

In a radio ad that began airing Monday before the Redskins season opener, a member of the New York Oneida tribe called on NFL Commissioner Roger Goodell to “stand up to bigotry” by denouncing “the racial slur” in the team’s name.

For more than two decades the Oneida tribe in Wisconsin has opposed the use of Indian characters and names in insensitive ways including sports teams, Oneida Nation spokeswoman Bobbi Webster said. When the Redskins last visited Lambeau, in October 2007, Oneida members held signs at the stadium saying they were not mascots, Webster said.

The topic is timely given the standoff between the Mukwonago School District and the state Department of Public Instruction over the school’s use of the Indian logo and mascot. The state’s deadline for Mukwonago to drop its Indian mascot passed last month. The School Board in July voted to take no action to change the nickname and logo, despite the possibility of daily fines for not complying with the state order.

On Sunday the protest group plans to provide information to Packers fans lining up to get inside the stadium, raising awareness of sports mascots and logos that are derogatory to Native Americans. Webster said it’s not an official protest by the Oneida Nation, which is a major sponsor of the Packers and has the naming rights to the entrance on Lambeau Field’s east side.

“We’re educators, we’re community members, we have families and go to work like everyone else,” Stevens said. “Having those negative stereotypes takes us back 100 years.”