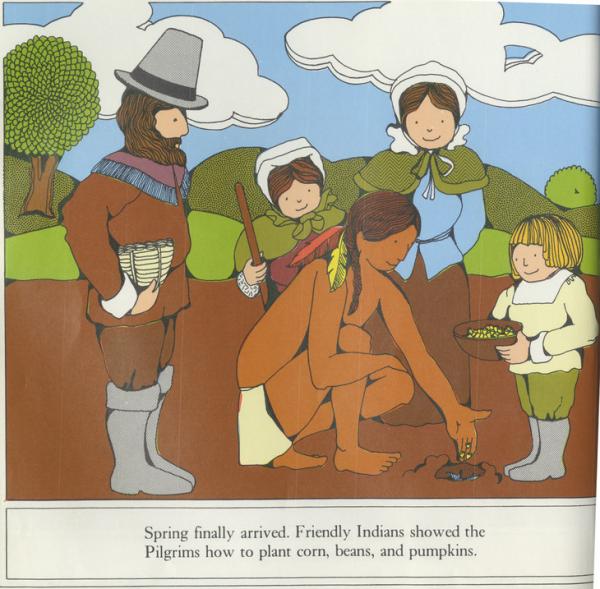 It’s time to break out the construction paper and synthetic feathers.

Students in schools across the country this month will learn about the first Thanksgiving, perpetuating a fairy tale about struggling pilgrims and the friendly Indians who shared a harvest banquet. This usually follows Columbus Day instruction that is similarly celebratory.

But for the vast majority of elementary and secondary students, lessons like these may be the only time they learn about American Indians at all. A staggering 87 percent of references to American Indians in all 50 states’ academic standards portray them in a pre-1900 context.

That means students are graduating from high school without even basic knowledge of contemporary Native challenges or culture, said Sarah Shear, associate professor of social studies education at Pennsylvania State University in Altoona. Shear, who this year earned a PhD in learning, teaching and curriculum from the University of Missouri, spent two years examining state-mandated U.S. history standards, coding each state six times in an effort to understand what students are learning about Natives.

The project began when Shear was teaching an undergraduate class in multi-cultural education. When she asked what students knew about America’s indigenous people, hands shot into the air.

“What they told me is that they learned about Thanksgiving and Columbus Day,” she said. “Every once in a while a student would mention something about the Trail of Tears. It was incredibly frustrating. They were coming to college believing that all Indians are dead.”

The study also revealed that all 50 states lack any content about current Native events or challenges.

“Nothing about treaties, land rights, water rights,” Shear said. “Nothing about the fact that tribes are still fighting to be recognized and determine sovereignty.”

In some states, politics plays a huge role in determining academic standards, Shear said. Politicians, not educators, decide the “grand story” that teachers will tell students. In other states, standards may be simply—and shockingly—out of date. Either way, Shear said, the effect is a white-washing of history, a focus on the Euro-American story that is so narrow there’s no room for an indigenous narrative.

While state standards highlight topics that must be covered in the classroom, teachers still have leeway to tailor lessons or add content, said Tony Castro, assistant professor of social studies education at the University of Missouri. Castro, who served as a faculty assistant to Shear’s research project, said he was disappointed with the findings.

“This kind of curriculum, these misconceptions, all that has led to the invisibilization of indigenous people,” he said. “What we teach acts as a mirror to what we value and what we recognize as legitimate. These standards are perpetuating a misconception and are continuing to marginalize groups of people and minimize the concerns or issues those people have about being full citizens in the American democracy.”

Shear’s research is being published in an upcoming issue of Theory & Research in Social Education. Meanwhile, here’s a snapshot of her findings:

Across all the states, 87 percent of references to Natives portray them prior to 1900, with no clear vision of what happened after that.

In half of the states, no individual Natives or specific tribes are named.

Of the Natives named in standards, the most common are Sacagawea, Squanto, Sequoyah and Sitting Bill.

Only 62 Native nations are named in standards; most are mentioned by only one state. One nation, the Iroquois, is mentioned in six states.

New Mexico is the only state to mention, by name, a member of the American Indian Movement.

Washington is the only state to use the word “genocide” in relation to Natives. That word is used in the standards for fifth grade U.S. history.

Ninety-percent of all manuscripts written about Native people are authored by non-Native writers.