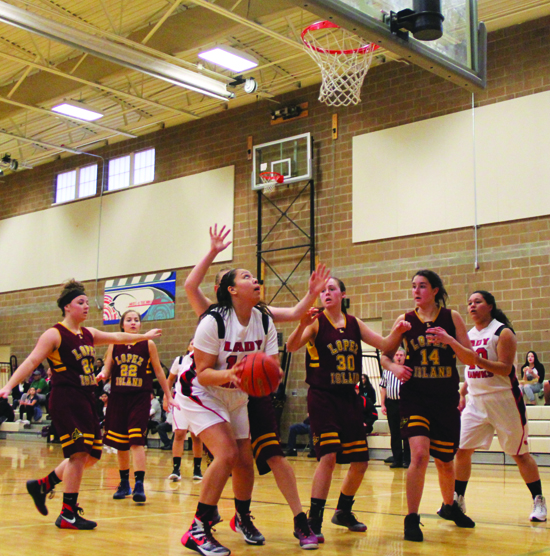 Because of their dominance this season, they’ve been climbing up the Associated Press’s Girls State Basketball Poll. In the latest edition of the weekly poll, the Lady Hawks are ranked #3 in the state for all 1B programs.

Over their last handful of games, opposing defenses have completely sold out to try and take senior stand out Adiya Jones out of games. In some instances, teams have doubled and even tripled teamed her off the ball. For those who don’t know, this means teams are choosing to leave one or two other Lady Hawks wide open so they can minimize Adiya’s scoring. This strategy employed by opposing teams has only helped to speed up the development of Adiya’s teammates. In particular, Aliya Jones and Keryn Parks have benefited from the open driving lanes and uncontested jumpers. As they continue to grow and develop, the Lady Hawks are able to get more and more creative with their offensive sets.

At their current rate, it’s a foregone conclusion the Lady Hawks will win their final three regular season games and go into the 1B District tournament as the #1 overall seed. Only one time this whole season have the Tulalip girls even been giving a competitive game (a 5 point victory at Neah Bay back on December 21). It’s likely they won’t see another competitive game until the Tri-District tournament. So what are the girls to do until then? Continue to practice to get better and remain dominant.