The Coeur d’Alene Tribe in Idaho is asking for information that will lead to the person who wrote “white power” and other racist messages on a reservation historical marker over the weekend.

The writing was discovered on a sign for the former site of the DeSmet Mission south of Plummer. The message also included the words “die … Indians,” an expletive and what appear to be swastikas.

Groups that have worked to drive white supremacist elements out of north Idaho are condemning the act. Tony Stewart, one of the founders of the Kootenai County Task Force on Human Relations, said, “We denounce it in the most strong terms. It is racist. It is filled with hatred and it’s very depressing to us to know that kind of attitude and belief is anywhere in the world.”

Stewart said the vandalism is more likely the work of “lone wolves” than the re-emergence of any organized group. In the 1980s and ’90s, the Aryan Nations had its world headquarters in Hayden, Idaho.

Stewart said the person who defaced the sign could be charged with a federal hate crime. 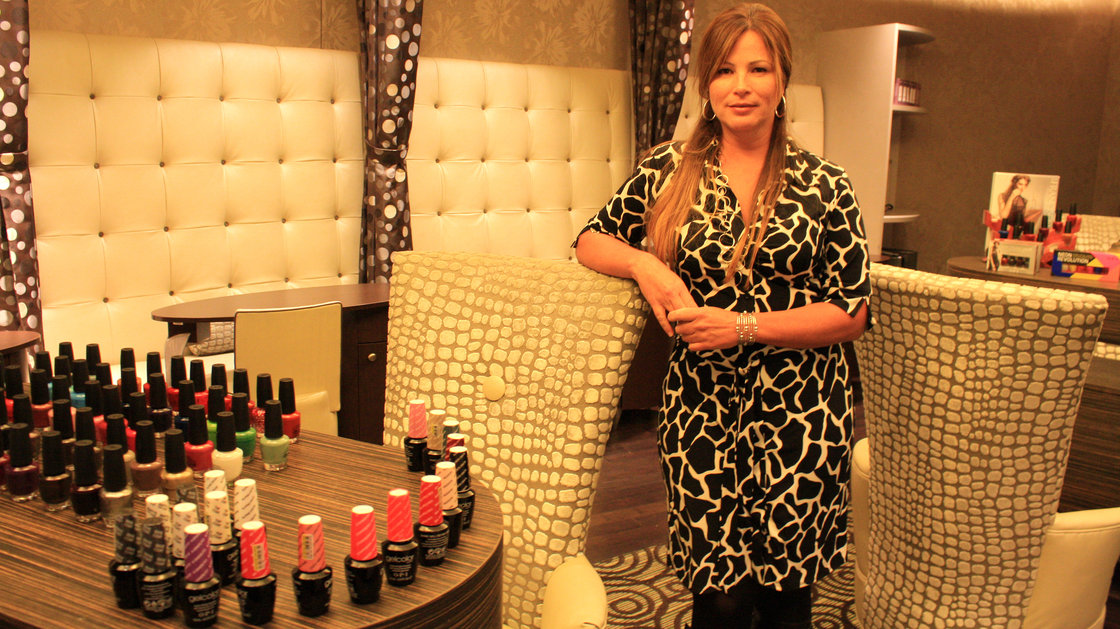 What used to be no-frills slot parlors off the highway are turning into resort-style destinations with spas, golf courses and luxury hotels. Native American tribes are hoping these added amenities will give them an edge in an increasingly competitive gaming market.

Three years ago, Northern Quest Resort and Casino in eastern Washington opened a luxury spa that’s been on the covers of and magazines. La Rive Spa has its own seasonal menu and moisturizers that cost as much as an iPod.

Nothing about this spa screams casino, by design. Spa director Yvonne Smith says it’s not what you’d expect from a casino in a field outside of Spokane. “The one thing I hear all the time is, ‘Oh my gosh, I had no idea this was here,’ ” she says.

Across the country, tribes are trying to step up their game. Casino profits plus more interest from investors have funded new spas, fine dining, concert venues and other amenities. Phil Haugen, a Kalispel Tribe member and manager of Northern Quest, says tribal casinos are now drawing clientele that might have otherwise chosen a weekend in Las Vegas or at a resort.

“It used to be that people thought tribal casinos were dirty and small and that they just didn’t have what Vegas had or what Atlantic City had,” Haugen says. “But now you have these first-class properties.”

Getting To The Gaming Floor

Out at the Circling Raven Golf Club in Worley, Idaho, Rhonda Seagraves drives her ball toward the first hole. Seagraves is a banker in north Idaho. She says this course at the Coeur d’Alene Casino is one of her favorite places to golf.

“It was just like this little hole in the wall, and now, it’s just spectacular,” Seagraves says.

But she says she is unlikely to gamble after her round — which runs counter to what these casinos are banking on.

“Those amenities are really designed to get people in and start gaming,” says Valerie Red-Horse, a financial analyst who specializes in tribal casinos.

Even with the resort amenities, these ventures still make 80 to 90 percent of their revenue from gambling. Red-Horse calls golfing and spas a loss leader.

“We had a client that had a beautiful facility, one of the prettiest markets I’ve ever worked in in New Mexico, actually. And it had big picture windows in the resort, and they had camping and they had hunting and they had skiing. Well, they found they were not making money because people were not going to the gaming floor,” Red-Horse says.

The casino restructured its debt and hired a management team that specialized in gaming.

In Idaho, former Coeur d’Alene Casino tribal chairman Dave Matheson has watched the operation grow from a buffet in a bingo hall to a restaurant with an award-winning chef. Matheson says the swanky expansions do drive business, but they’re also a source of pride.

“And I think it gives us a chance to prove what we can do,” Matheson says.

The Coeur d’Alene Tribe’s casino has expanded so much in the last few years, it’s been dubbed by workers “the world’s most hospitable construction site.”

A company hauling human waste from Spokane into Idaho as fertilizer has sparked a legal fight with the Coeur d’Alene Tribe.

Gobers Pumping and Repair, with business partner St. Isidore Farms, will have to prove that injecting 54,000 gallons of sewage from septic tanks and portable toilets into a 150-acre patch of privately owned farmland just inside the reservation boundary near Plummer poses no health risk.

The case has prompted a visceral reaction from tribal leadership and pits expert witnesses testifying to the safety of the interstate sludge against worried hunters and anglers.

“It makes me sick just thinking about it,” said Chief Allan, chairman of the Coeur d’Alene Tribal Council.

The tribe filed suit against the two companies in its own tribal courts earlier this year seeking to ban the delivery of waste onto St. Isidore property. While the farm’s property lies outside tribe-owned lands, it is on the reservation, the tribe contended, and the injection process was feared to pose a health risk to grazing animals near the site hunted by tribal members.

In March, the tribal council passed a resolution aimed at forcing the fertilization process off reservation lands by limiting solid waste disposal to council-approved locations.

St. Isidore and Gobers took the dispute to U.S. District Court and used testimony from Tom Hess, a professor of biological and agricultural engineering at the University of Idaho.

“The land treatment is … one of the main ways they treat septage,” Hess said, referring to the semisolid waste that is pumped from residential retention tanks. The process is particularly common on the East Coast, he said.

Hess visited the St. Isidore site in June, gathering soil samples and testing for the presence of disease-causing bacteria in the soil. He determined the site “poses neither threat nor harm to the health and welfare of the Coeur d’Alene Tribe or its members,” according to court records.

After reviewing the St. Isidore application approved by the Department of Environmental Quality, Fields expressed concern that the waste posed “a risk to the water quality of the Coeur d’Alene Tribe of Indians’ Reservation.”

The injection process shoots the sewage into the ground about eight inches beneath the surface, said Gregg Smith, lead counsel for St. Isidore and Gobers. Hess also concluded the sewage posed no risk to wildlife.

Returning the case to the tribal court to settle the health risk, U.S. District Judge Edward Lodge said the question of whether a threat exists “must be analyzed objectively based on all the facts available.”

Smith called the ruling “frustrating,” disputing many of the claims made by the tribe in response to the ruling. A determination has not yet been made whether to pursue an appeal in federal court or take the argument back to the tribal court in Plummer.