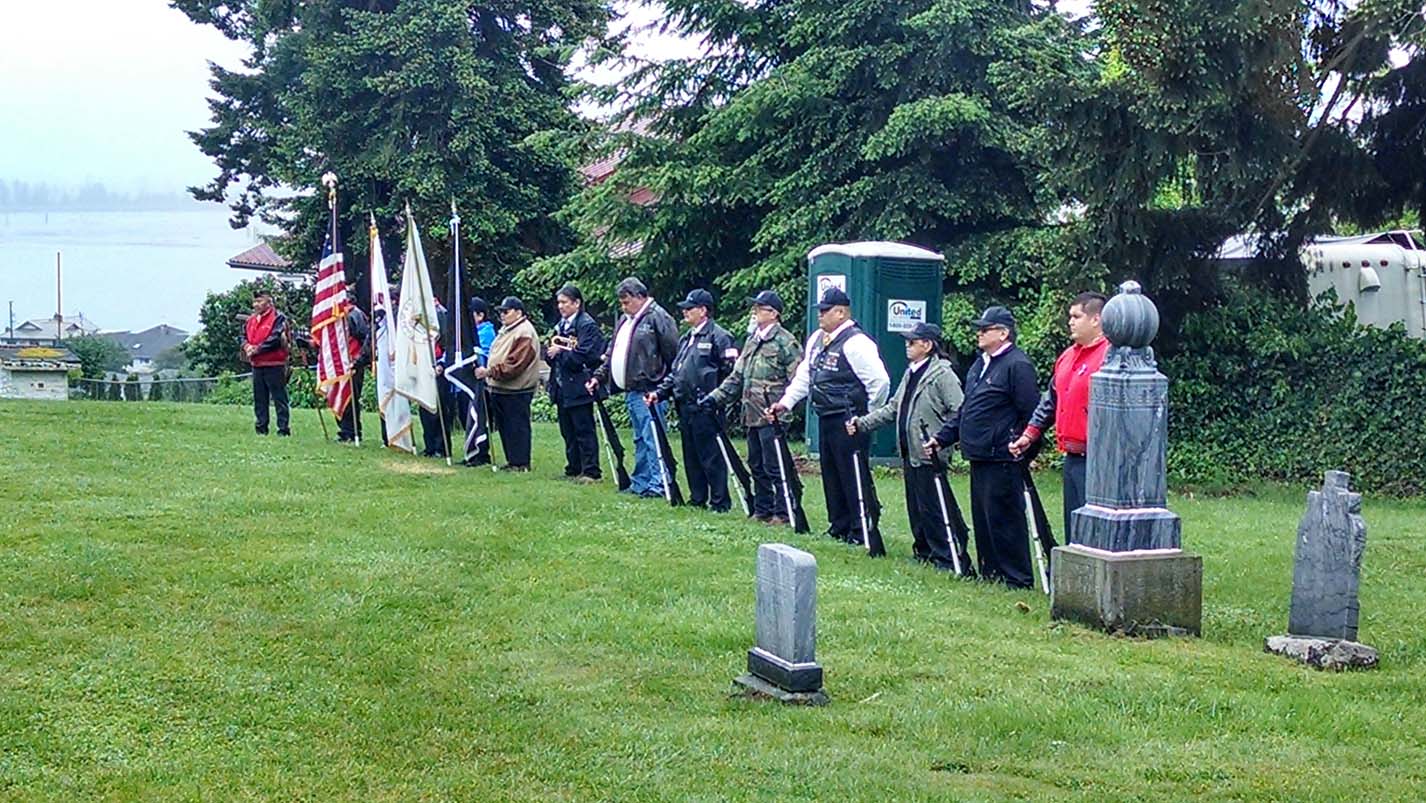 Tulalip veterans and their families, as well as the families of fallen soldiers, gathered at Priest Point and Mission Beach cemeteries Memorial Day, May 26, to remember the service men and women that gave their lives in the service of their country and to honor their sacrifice. 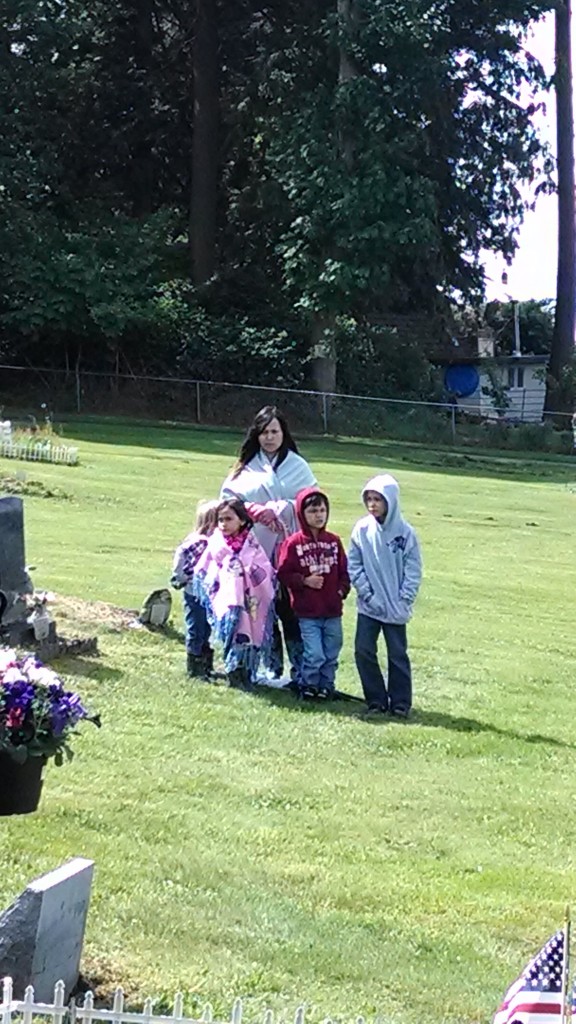 “We also are here to honor those ones that served and returned home,” she added. “Teat-mus always talks about going to war with his brother, and how he was killed right beside him. How hard that was for him.”

Veterans that spoke recalled their comrades and the loss of friends. 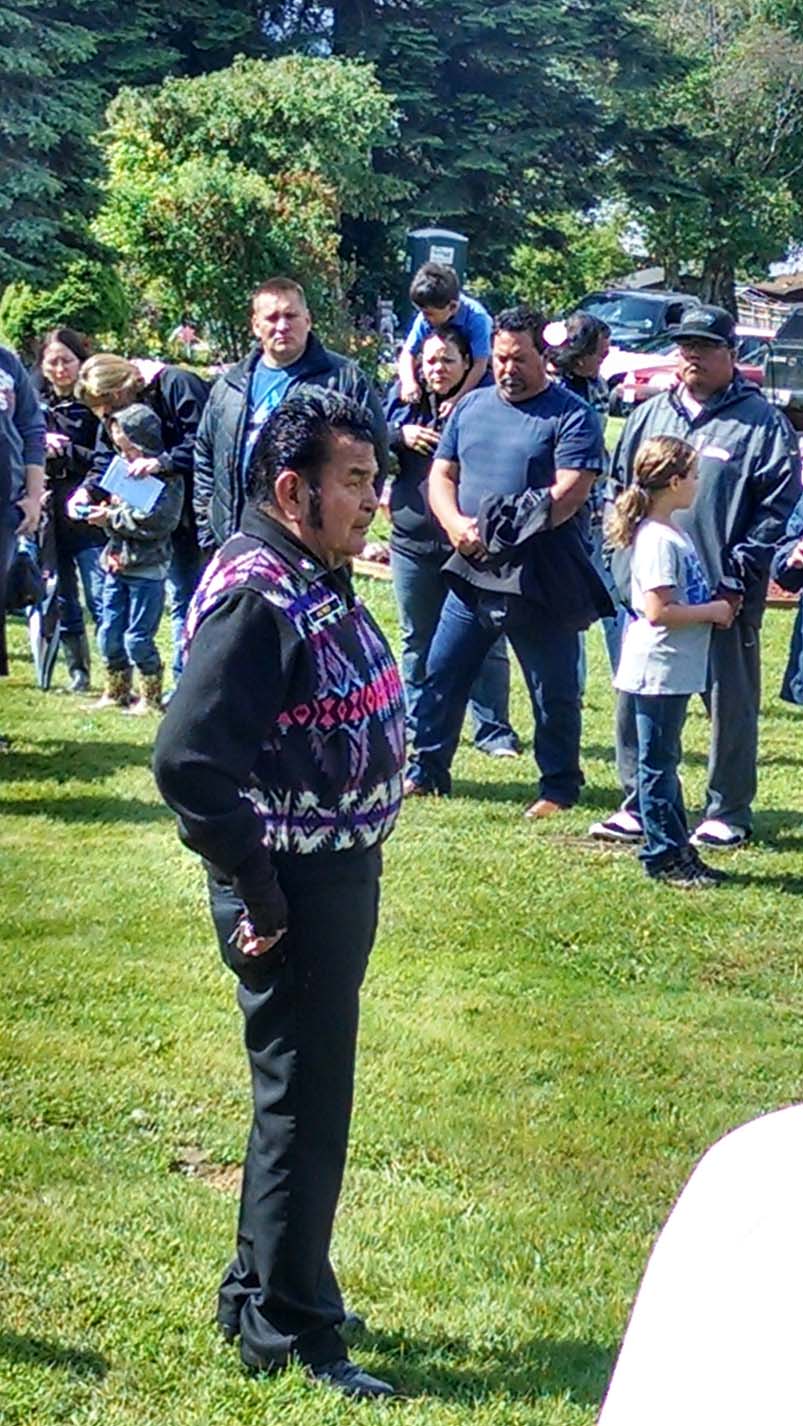 Cy Williams offers a tribute to friends he lost in the armed forces during the Vietnam War. Photo: Andrew Gobin/Tulalip News

Tulalip veteran Cy Williams said, “Of the 150 men in my unit that went to Vietnam, 26 of us returned. I buried a lot of my friends.”

Memorial Day is a day to honor and remember the sacrifice many families made for this country, as the mothers bore the sorrow of their child’s sacrifice. The names of Tulalip Gold Star Mothers were called in the roll call. 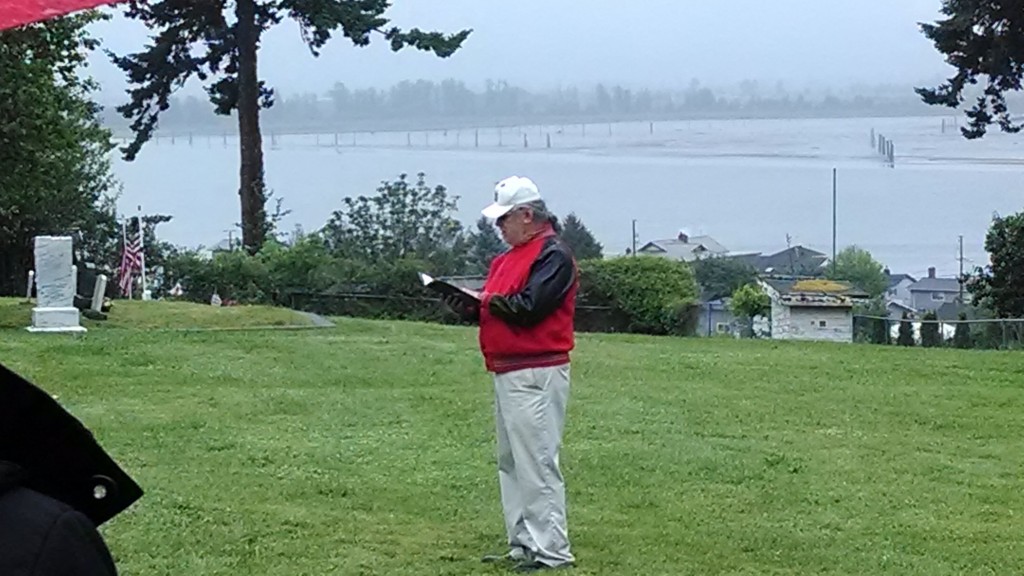 As Tulalip Veteran, Cy Hatch, read the roll call of fallen soldiers, he announced that, “This day is also dedicated to the Mothers who have made the supreme sacrifice.  They have suffered more than any of us can possibly imagine – our hands are raised up to these Gold Star Mothers.” 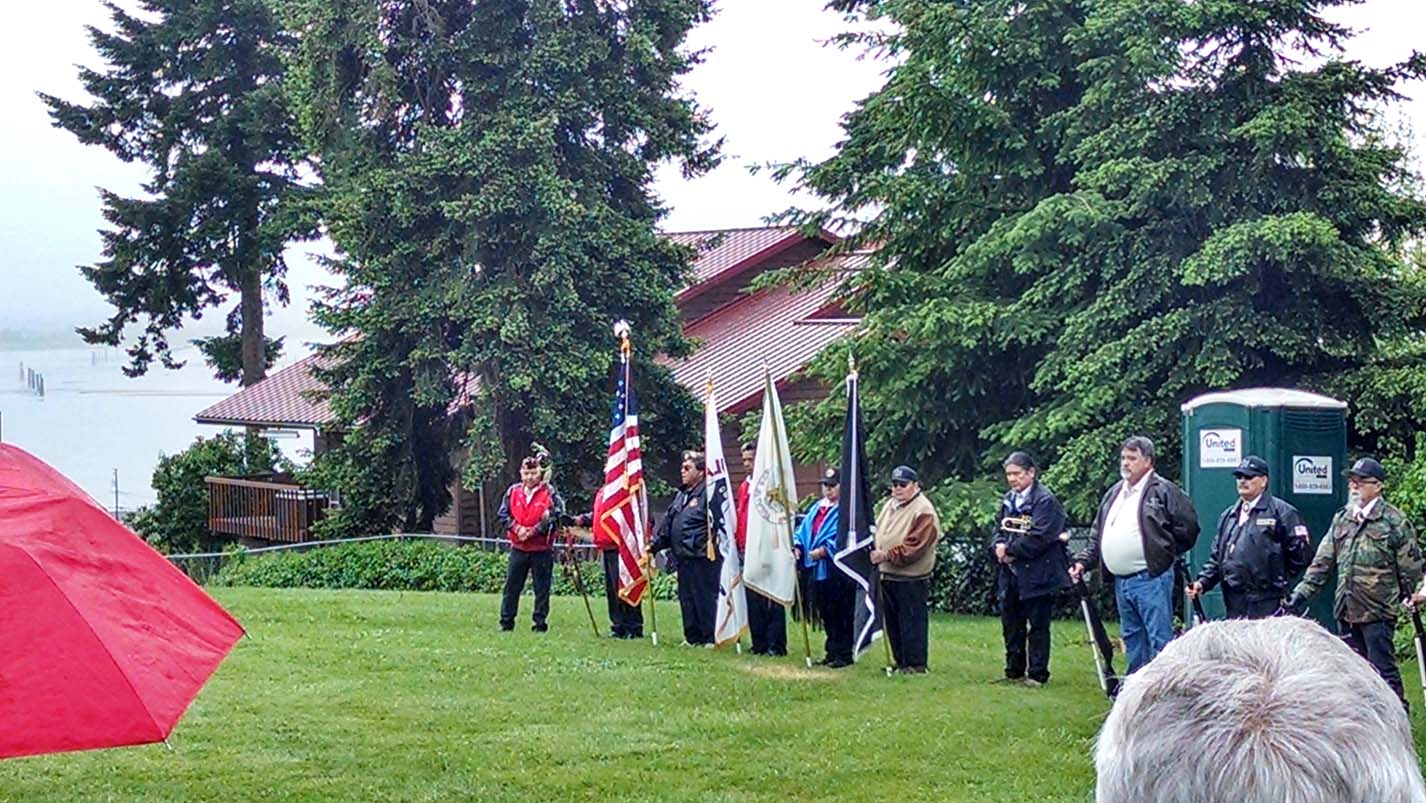 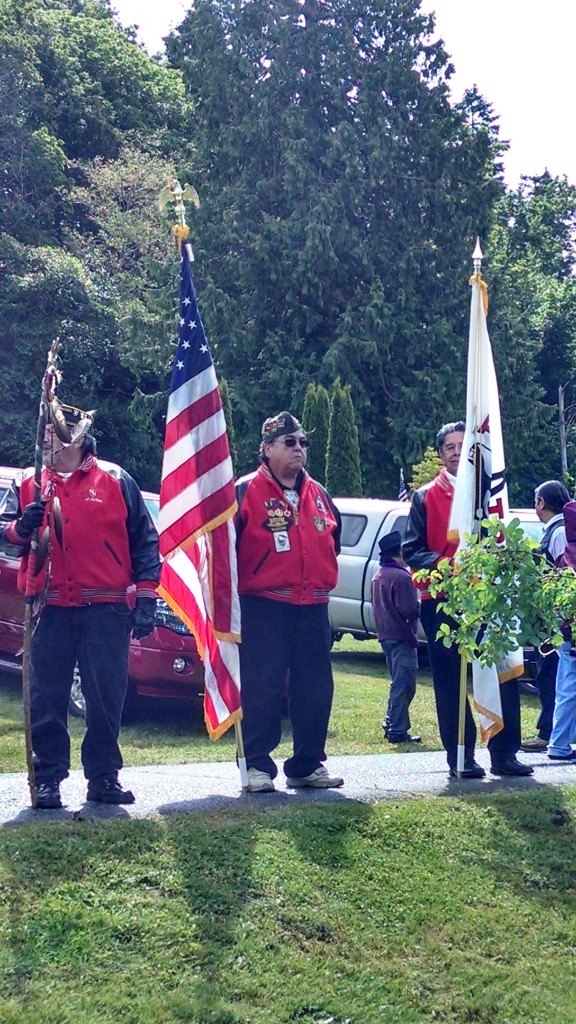 A special thanks was offered to four Veterans in particular. Mike Addie, Art Contraro, Tony Gobin, and Richard Muir Jr. cleaned up the two cemeteries over the three weeks prior, along with the Tulalip Maintenance staff, in preparation for the day’s activities. 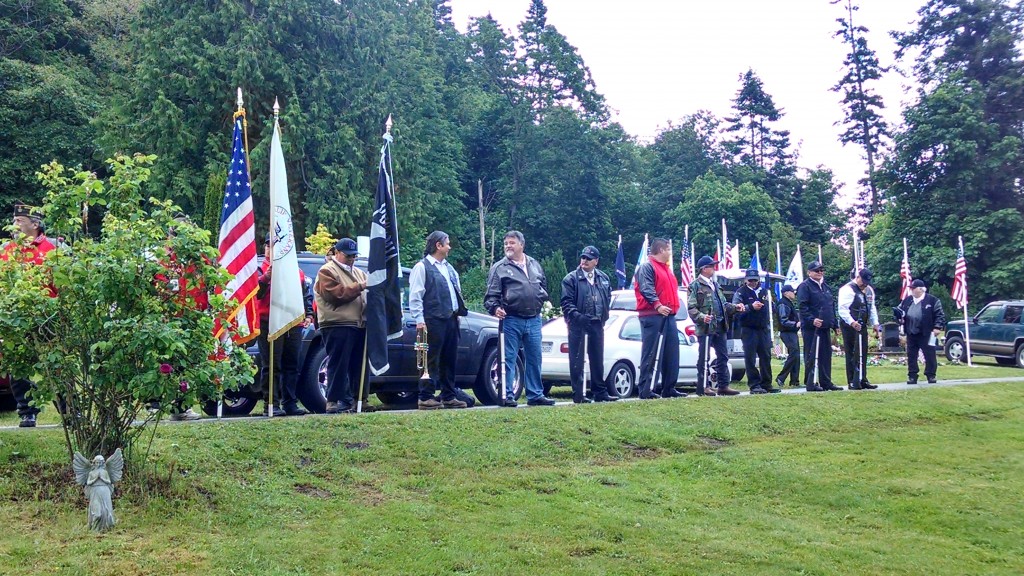 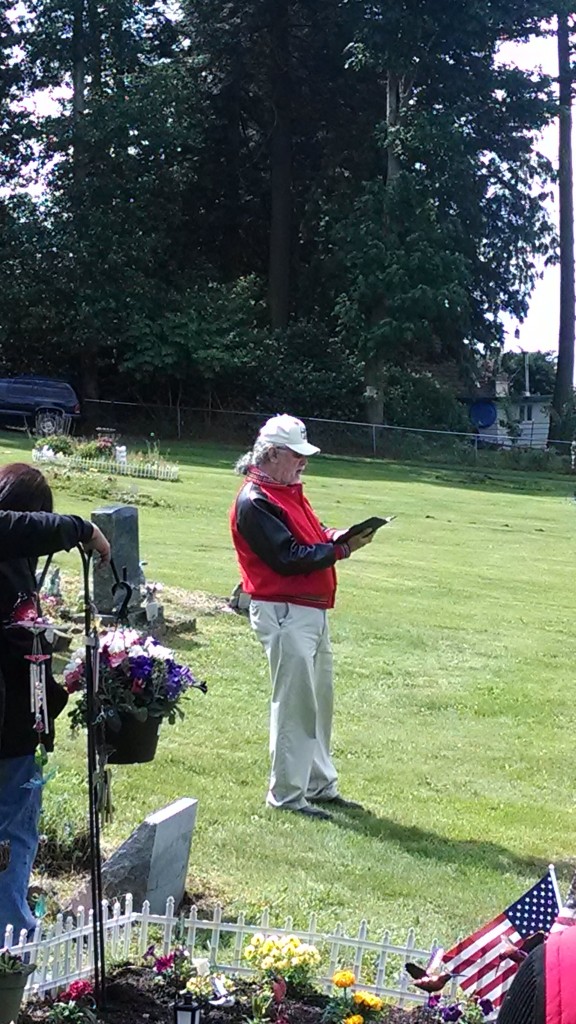 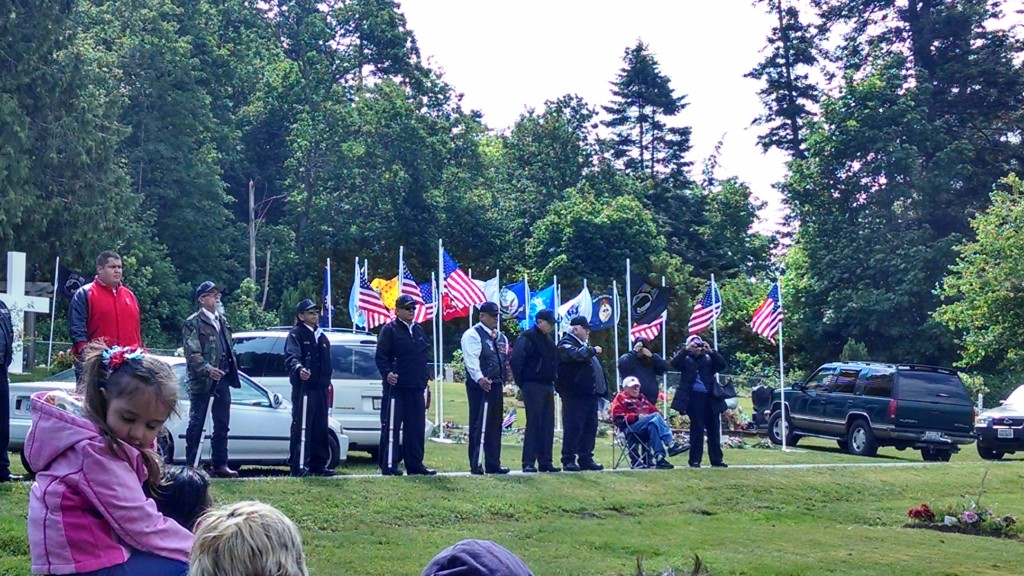 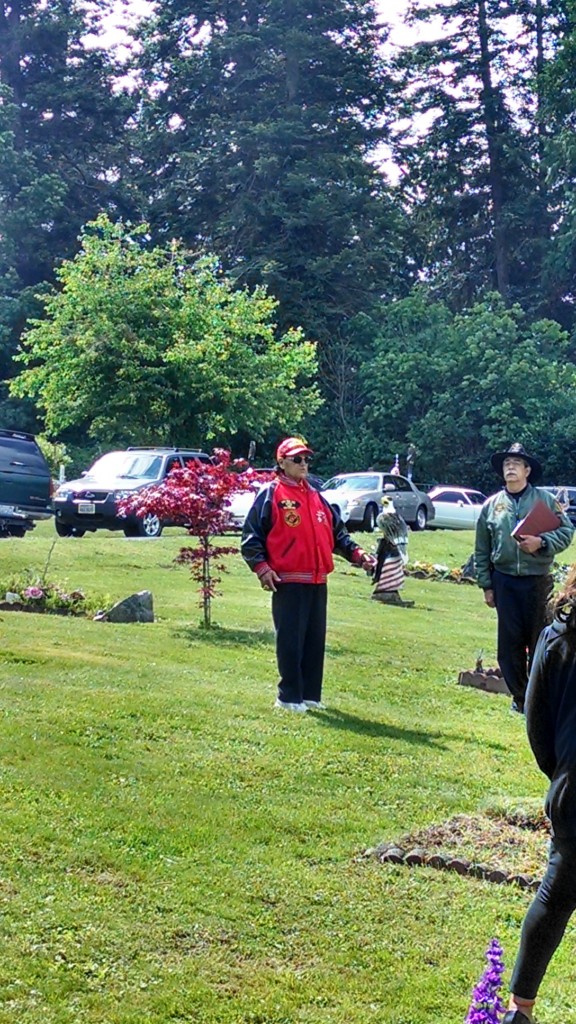 World War II veteran Stanley G. Jones Sr. recalls his time in the marines, being part of the first occupational forces in Nagasaki after the atomic bomb was dropped. Photo: Andrew Gobin/Tulalip News 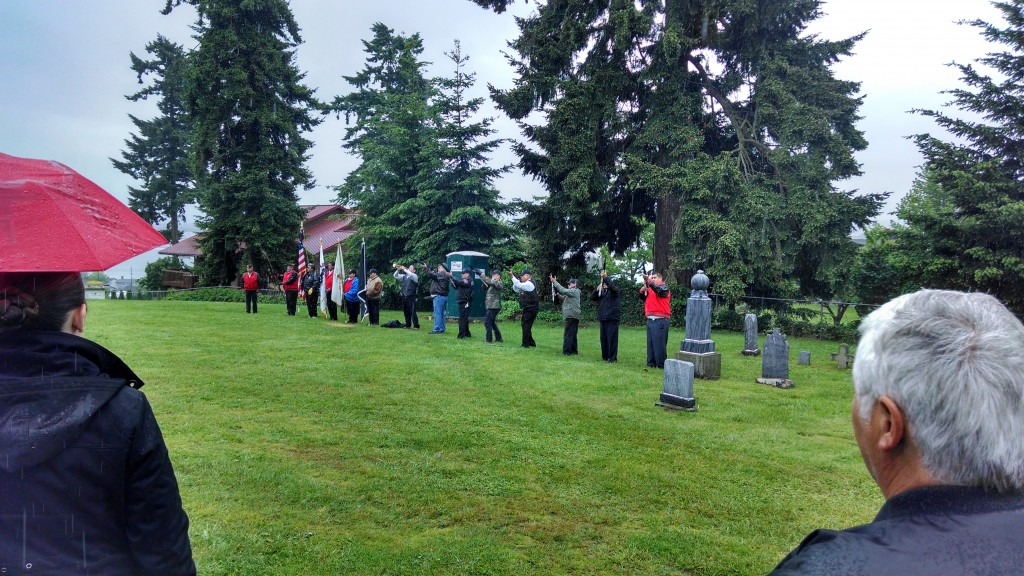 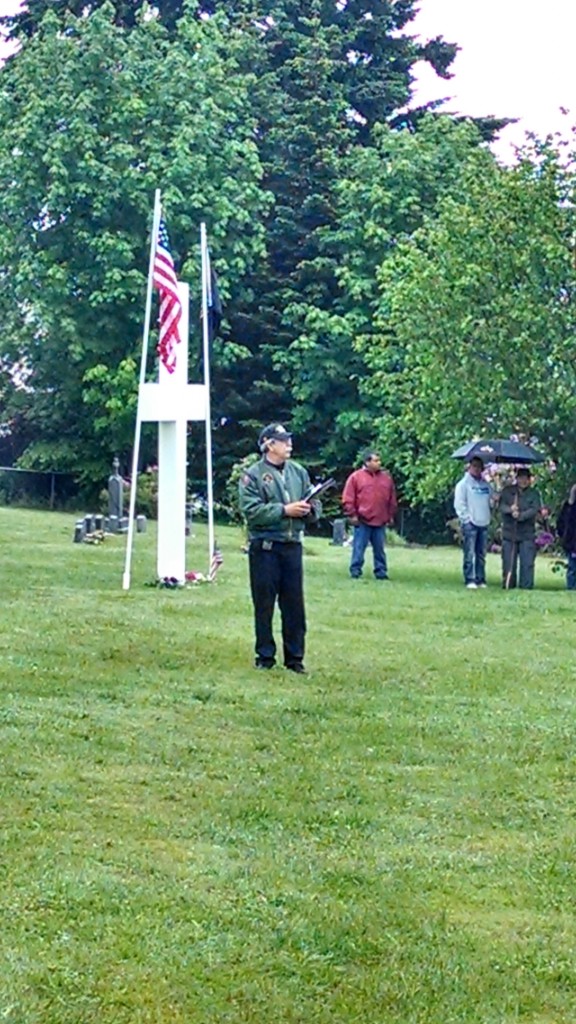 Tulalip Vietnam veteran and Memorial Day master of ceremonies, Mel Sheldon Jr. At times throughout each service, Sheldon spoke of his time as an Army Helicopter Pilot, remembering many peers that never made it home. Photo: Andrew Gobin/Tulalip News